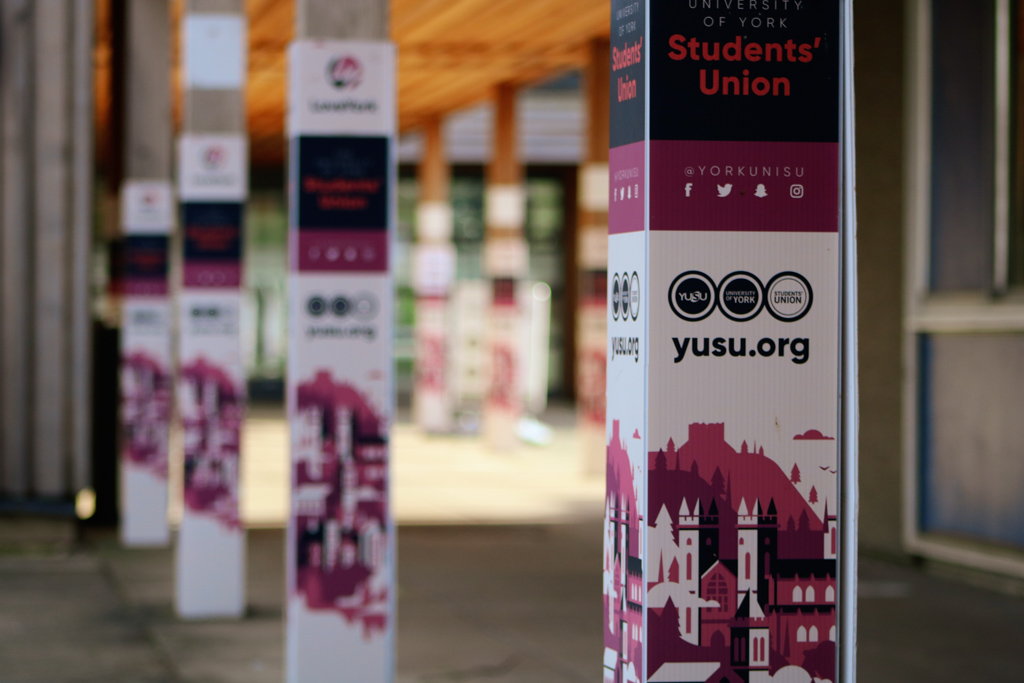 YUSU have today released more information regarding the vacancy left by Brian Terry, after he resigned from his role as Activities Officer last week.

The Board of Trustees, YUSU’s governance board, met last night to discuss how the remaining Sabbs will work without an Activities Officer.

In the days following Terry’s resignation, the other sabbatical officers were forced to pick up where he had left off.

The Trustees, which includes all Sabbs as well as external and student Trustees, have decided that the Activities Officer’s responsibilities will be shared among three of the four remaining Sabbs until the end of the year, at which point the next Activities Officer, who will be elected in March, will take over.

Maddi Cannell, two time York Sport President, was given the responsibility of chairing Societies Committee, which deals with society funding among other things.

She will continue with this responsibility until the end of the year.

Wellbeing and Community Officer Carly Precious will now work with RAG and Volunteering Officers, all of whom Terry previously worked with as Activities Officer.

YUSU President Patrick O’Donnell has been tasked with chairing Media Committee, which deals with student media groups at the University.

YUSU say that further details on interim cover arrangements will be worked out over the next few days.

YUSU have also committed to creating a temporary paid administrative staff role to “work with the student societies, RAG fundraisers, student media and student volunteer projects to ensure they receive information and support to enable their continued student activities.”

YUSU’s By-laws state that when a Sabbatical position is left vacant, either a By-Election should be held or co-option should be considered in order to fill it.

However, YUSU said: “Given the exceptional period with the pandemic, and the impact of this on student opportunities, combined with the timing of Brian Terry’s departure at this point in the academic year, these options were not the most practicable solutions.”

The Trustees say they are “committed to trying to ensure the best possible support and leadership to students involved in societies, student media, RAG and volunteering as quickly as possible.”

Originally, Terry was meant to leave after working a months notice, ending his term as Activities Officer in late February, but YUSU agreed to support his request for an earlier sendoff date of 26 January.