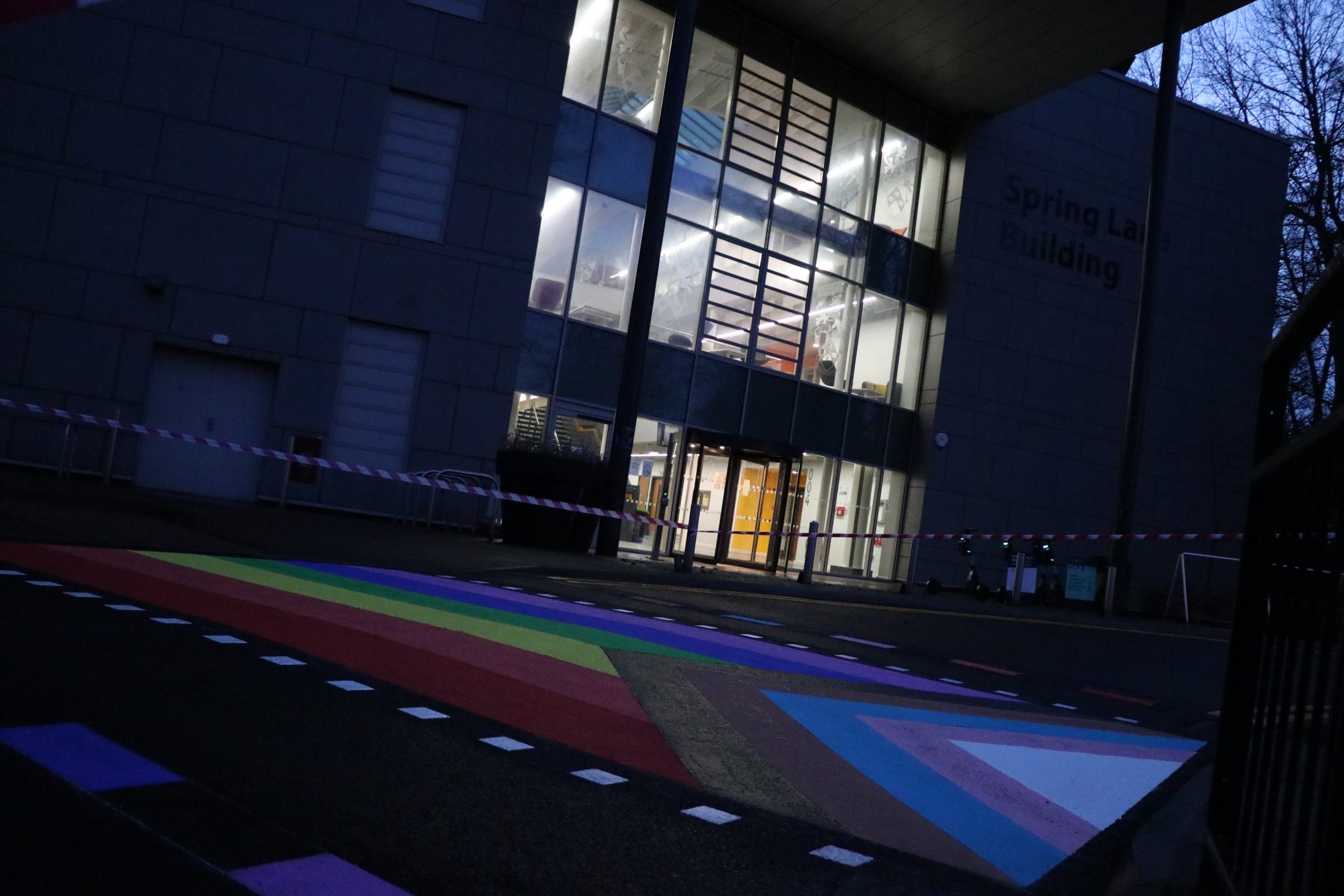 Over the last few days, I’ve been keeping up with events happening at Sussex University. At the time of writing, there is an ongoing campaign at Sussex in support of trans and non-binary students who are demanding the dismissal of Professor Kathleen Stock.

The students running the campaign are “an anonymous, unaffiliated group of queer, trans and non-binary students” who are demanding that Stock is fired for “prominent” transphobia. Additionally, the students running the campaign have stated: “We are not up for debate. We cannot be reasoned out of existence. And we will not let people try to.” Stock’s comments in the past have included that gay children are “being transed” and that Stonewall’s trans inclusivity is “a threat to free speech”.

This prompted a response here at York, from both the YUSU LGBTQ+ Network (of which I am one of the officers), who sent “love and solidarity” to students and “support in tackling transphobia”, as well as the York Free Speech society, who – in contrast – said Stock’s views were a “different perspective of feminism” and that there was “no limit to debate”. I myself believe that trans students should be able to study at university free from fear of harassment and discrimination. The ongoing action at Sussex is needed, and I stand with all students taking a stand against transphobia.

I also, whilst reading about Sussex, decided to look at York’s history when it comes to trans rights. Unfortunately, I didn’t find anything better. Just five years ago, York Vision reported that trans students “feel scared to be on campus” and that one of my predecessors as LGBTQ+ Officer, Ashley Reed, had resigned from the role after facing “persistent harassment”, including on anonymous social media platforms. Articles from the time also indicate that allegations of transphobia were made against the (at the time non-ratified YUSU society) York Union, claiming they were deliberately trying to “[upset] and [make] trans students miserable”.

The most recently event in memory, explained to me by another one of my predecessors, was the visit from Professor Stock herself to the University, where she gave a talk about trans people and sexual orientation. The YUSU Trans Subnetwork described it as “legitimising bigotry and hatred against trans people” and “promoting fear over facts”, and notes from the Feminist Society and the YUSU LGBTQ+ Network at the time explain that the University did not allow anyone to question Stock’s views, nor was anyone outside of the Philosophy department allowed to respond to how Stock spoke about the identities of queer people.

In 2021, it is great to see the University still flying the progressive pride flag, which recognises trans individuals within our community (after all, many queer rights in the U.S. are owed to trans women of colour!), as well as the commitment to building more inclusive all-gender toilets and the ongoing campaign with the YUSU LGBTQ+ Network to review self-ID via e:Vision.

However, I do unfortunately remain sceptical. The recent appearance of gendered signage in the Spring Lane Building took me by surprise – for all the wrong reasons. I myself was satisfied that the University took swift action once they had received my own requests about the signage, yet I believe there is unaccountability for how it happened in the first place, and that the exclusion of so many students from the only available facilities they feel comfortable using could have easily been avoided.

On the whole, I believe trans students in 2021 deserve support and safety whilst at university, and should not have to endure being the centre of a debate, particularly one in which there are no trans voices to respond to any sweeping statements made.