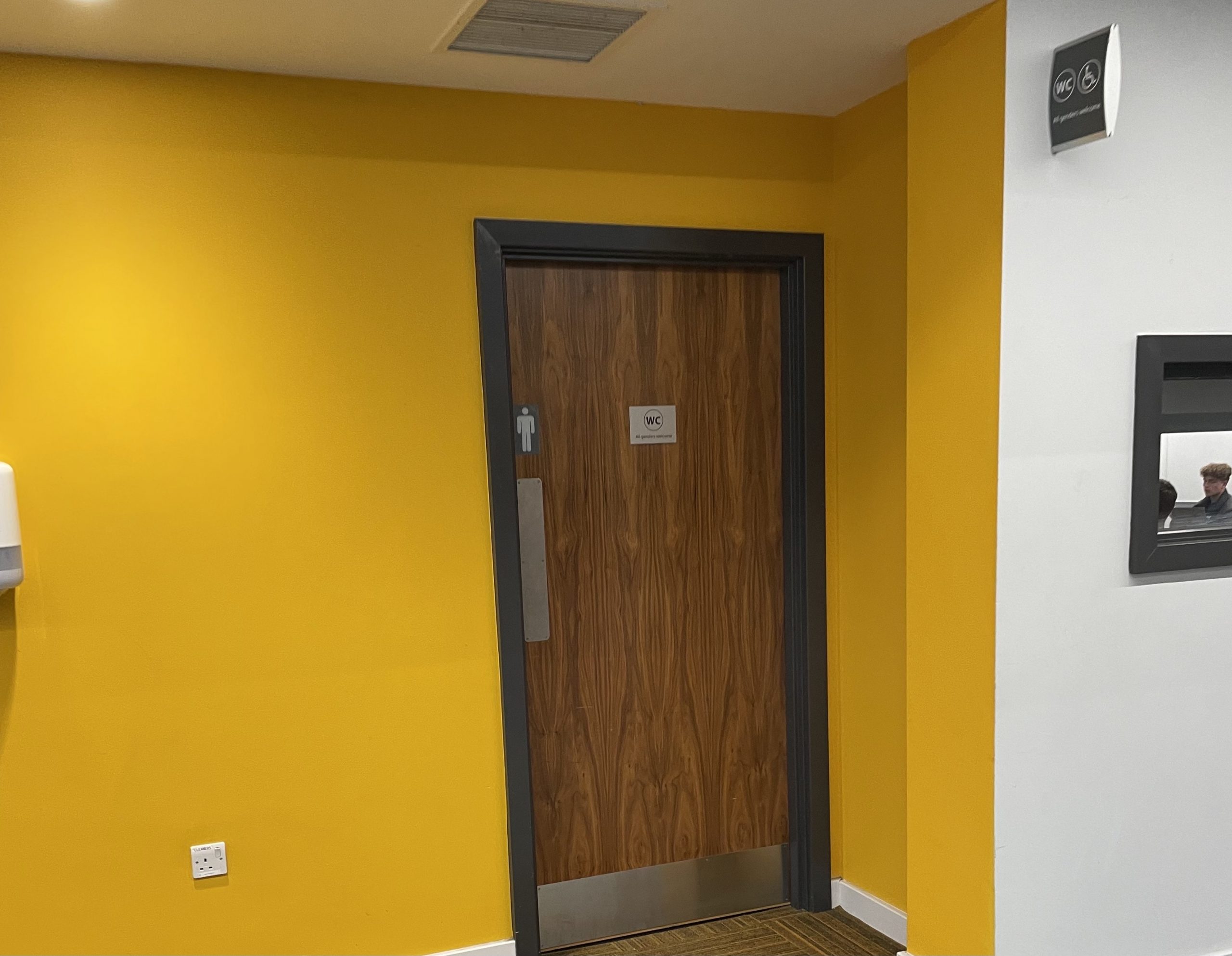 The University of York has apologised after a men’s toilet sign was added to an all-gender toilet door in the Spring Lane Building.

The appearance of the sign on one of the all-gender toilets on the building’s ground floor was first highlighted by Matt Rogan, one of the YUSU LGBTQ+ Officers, on Twitter.

They said: “Any explanation as to why the all gender toilets in the Spring Lane building have been gendered?

“This has come unexpectedly and has as a result excluded a LOT of students from inclusive facilities.”

When approached by York Vision, a University of York spokesperson said: “The incorrect signage was brought to our attention in one of our teaching buildings and has now been removed.

“We are looking into the circumstances of how it was put up and we are sorry for any upset this may have caused.

“We have consulted widely with staff and students to introduce inclusive all gender toilets across all our major teaching and learning buildings.”

The Spring Lane Building was opened in 2016, and one commenter on the original post said that the appearance of a gendered sign was frustrating “as a lot of work went into getting those toilets to be gender neutral in the first place”.

YUSU LGBTQ+ Officers Dan Loyd and Matt Rogan said: “We were approached by students who were both confused and concerned about the SLB toilet signage being changed.

“When we went to look for ourselves we found that the all-gender toilets had had gendered signage added to them, which was obviously a major problem.

“We got in touch with the estates team who in turn said that they did not know why thesignage had been altered, but that they would have the gendered signs removed.

“If anyone has any issues or queries about all gender toilets, contact us and we’ll get it sorted ASAP.”