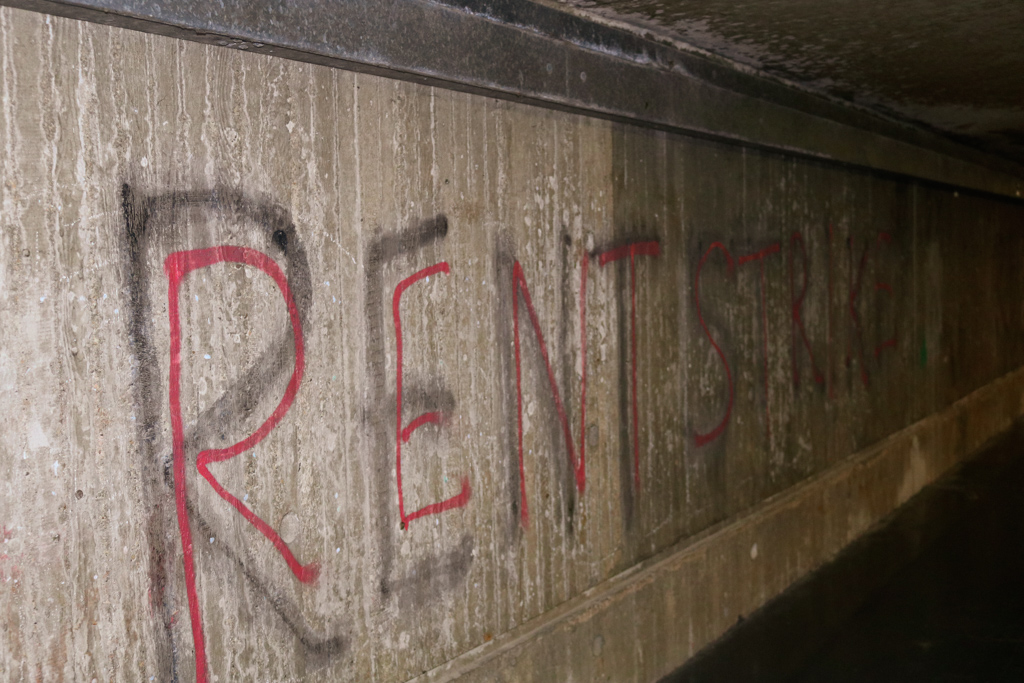 The Univesity of York spent a stunning £871.34 on graffiti removal in the first term of 2020-21 – more than four times as much as the entire year before, and more than twice any other in the last five years, a Vision FOI has revealed.

This is thought to be as a result of a wave of graffiti by the group “Revolution Society”, who commented to Vision that it was a “big ‘Fuck You’ from students to CJ and his utter failure to protect our physical and mental health during this pandemic”.

Notable occasions have centred around protests organised by York Student Solidarity Network, on 14 October, 29 October, and 18 November, although the organisations claim to not be linked.

In the first half of term, after the initial two incidents, a Vision FOI revealed that £443.17 had been spent on Graffiti removal.

The further £428.17 is thought to come from the further ten identified acts of vandalism, including writing “CJ is a Conman” on Grade II listed Heslington Hall, in advance of the 75-strong student protest on 19 November.

Reacting to the 19 November graffiti, a member of the University of York’s Security department commented to Vision that:

However, this does not appear to be the end of their campaign: the resignation of Brian Terry last week prompted Revolution Society to pledge to: “begin a targeted graffiti campaign against YUSU until [Turning Point] are deratified”.

Turning Point is in fact not a ratified society yet in York. Patrick O’Donnell, the President of YUSU, said:

“At the end of the autumn term 2020, none of the requested documents to enable the ratification process to proceed had been received, nor had any details of a society committee been submitted by the original applicant, who has now stepped away from the group. No student has formally expressed an interest in running the society. As such, there is no Turning Point York Society ratified with YUSU.“

A spokesman for the University of York told Vision:

“Many of our buildings are listed and enjoyed by students, staff and the wider community. Graffiti is a criminal act and it is not acceptable to deface any building. It will not be tolerated and we will take action where we can.

“It is disappointing that we have to spend money on cleaning up the damage, money which we would prefer to spend on other university activities.”