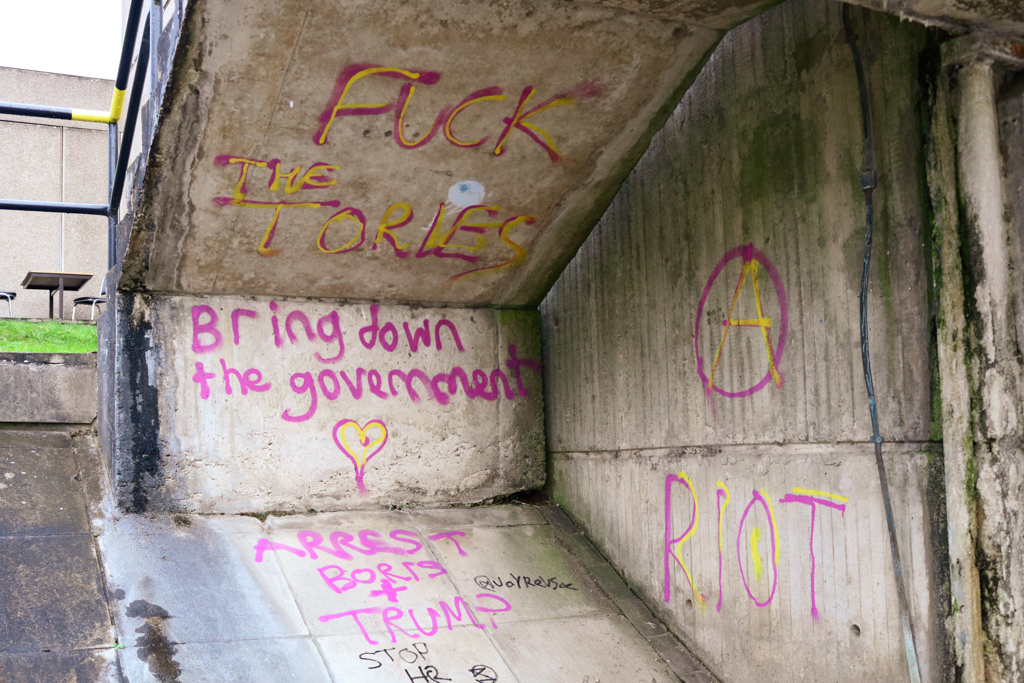 The University of York have spent £443.17, more than double last year’s spending on graffiti removal… after only half a term, a York Vision FOI has revealed.

Over the last five years, the most money spent by the University on graffiti removal over an entire academic year was £406.84 in 2016-17, nearly £40 less than the cost up to 10 November this year.

This comes after a spree of graffiti by a group calling themselves “Revolution Society”, who have particularly protested the ratification of Turning Point and campaigned for a Rent Strike.

This occurred on two notable occasions, on 14 October, and 29 October, the night before the first Student protest over “exorbitant” and “unsafe” COVID measures.

“Graffiti is art, resistance, truth. It can be washed away but our voice cannot be silenced. The history of students is the history of the Paris uprising of 1968; of the anti-tuition fee riots and the Battle of Millbank Street in 2010; of the Hong Kong pro-democracy campus occupation in 2019.

“We came to university to learn, and we learned that we are being fucked from so many angles it’s hard to keep track. Landlords, Mental Health, Debt, Poverty, Racism, Sexism, Classism, Ableism, Homophobia, Transphobia, Covid-19, Austerity, Fascism, endless Recession, Climate Breakdown, Mass Extinction, the literal Apocalypse.”

The University have since had to remove more than ten incidents of graffiti, including the words “CJ is a Conman” on the Grade II Listed Heslington Hall.

After this incident, a member of the University of York’s Security department commented to Vision that: