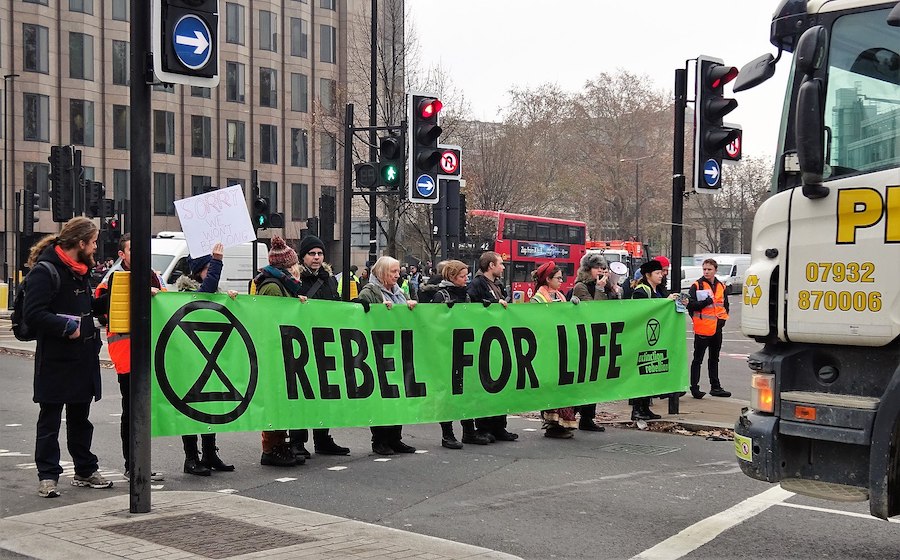 The post, shared on Instagram, claims that XR branding was hijacked to promote messages of eco-fascism. Such fascism presents an extreme environmental movement citing coronavirus as “the cure” and humanity as “the disease”.

The stickers in question were shared by an account on Twitter and are shown to hold the official XR logo which read “corona is the cure humans are the disease”.

XR has since claimed that the account (XREastMidlands) was not truly XR and has been labelled as a ‘copycat account’.

The account in question, XREastMidlands has since been suspended by Twitter after it was reported by XR. The group has since received backlash, with some twitter users claiming that the account @xreast was in fact linked to Extinction Rebellion.

Extinction Rebellion have since released a statement in response saying:

“We are all seeing statements circling around saying ‘coronavirus is dropping emissions , ‘Mother Earth is cleansing’ and ‘humans are the virus’ in mainstream media and climate activist circles.

“If we are to fight for real just change in the face of growing climate and ecological crisis we must be vigilant against eco-fascism! We condemn and reject any headline or argument that sees emissions dropping as the silver lining to a pandemic killing thousands of people.

“This is a crisis, with side effects that can lead to change if we want it to, but all that lies in uncertainty. For now, we will be focusing on community solidarity, mutual aid care/outreach, and re-generative culture.”

This isn’t the first time XR have struggled with ‘members’ going free rein under their banner. One particularly controversial event was the hijacking of a London tube train in October, which XR later condemned.

Merry Dickinson, a University of York student and active York XR member said in a blog post for XR York, “Any so-called ‘environmental good’ that comes at the price of people’s lives is to be disavowed without hesitation. We must reject it with our words, our actions, and our own beliefs”.

XR has recently announced its most recent campaign, “Alone Together”, which highlights the importance of evolution in the movement, in response to the coronavirus outbreak and subsequent lockdown.