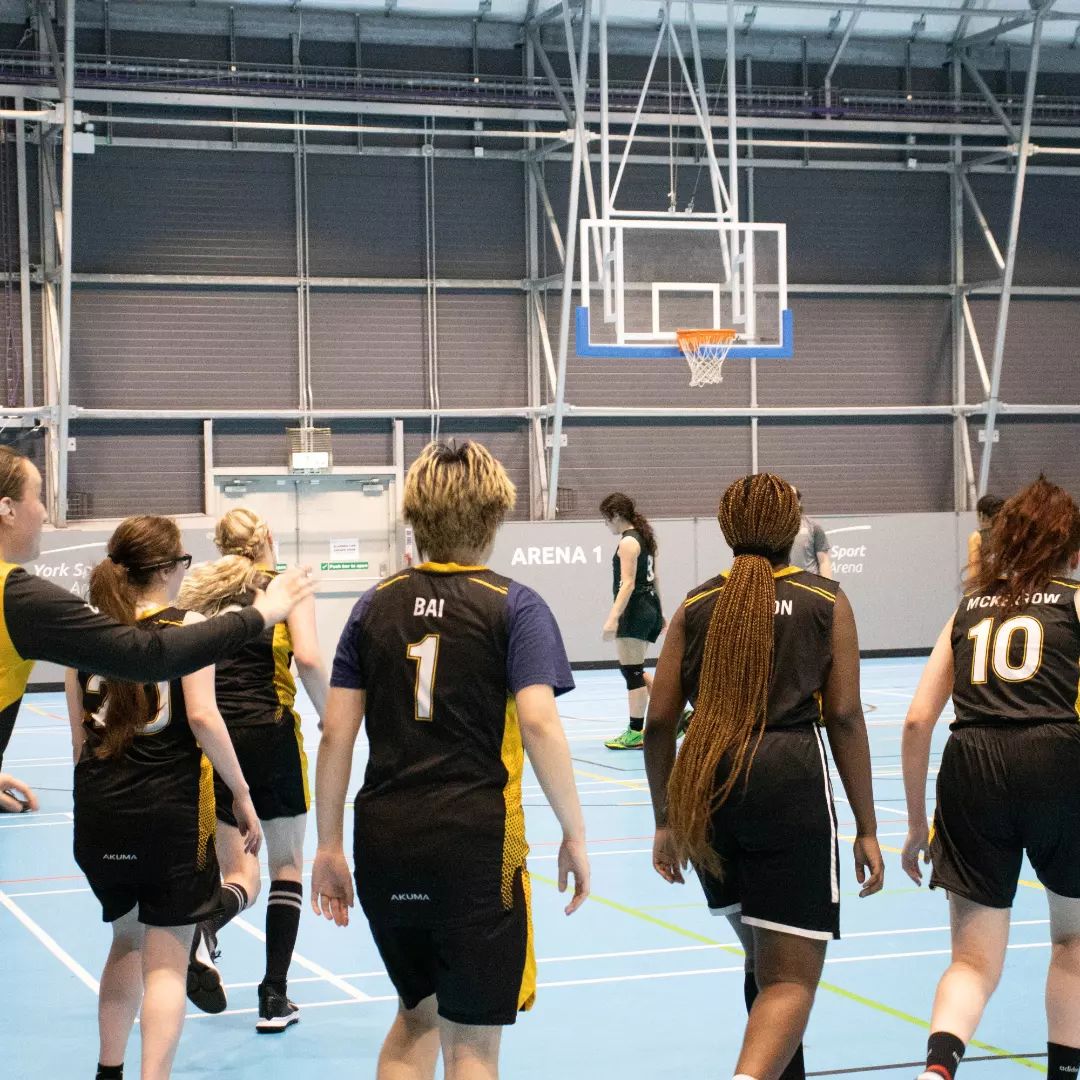 Liverpool John Moores have had an impressive track record this season, averaging near to 90 points in their previous and only once beaten. Our York team, also considered one to watch out for too- whilst York are hardly the underdogs, they predicted it would be a tight finish “if they work hard, they can really get it done” said Cal Clipston, one of the referees for the game.

To make matters worse, both teams were running at a disadvantage, John Moores had two of their starting players off- either isolating or at the end of their academic terms, causing tensions to run high; York also had players not available for many reasons- leaving neither team too sure of the outcome. This didn’t show on the faces of the home team or the spectators however, with some (frankly aggressive) high fiving going on, it was hard to miss the York players were there to enjoy their sport and revel in their time on the court.

”We’re not going to do well if we’re not having fun” Espino Torres said to her team before kick off. Whilst Liverpool had a coach on their bench, the York team are coached by themselves which is clear from the way they understand each other and communicate across the court- respectful, understanding and competitive- there were many shouting chants and “unlucky, maybe next times” from the sidelines.

Overall, they felt very enthusiastic for their sport; hoping to win but also loving basketball and their teammates. The start of the game was eventful almost immediately with a foul in seconds, but it quickly became rapid gameplay, with a three-pointer from York’s Mickola within the first minutes. This does not last long however as Liverpool move to free-throws after a foul- determination and drive are particularly seen in John Moore’s number 11- de la Chica, who does not miss when shooting, a truly terrifying player.

The York team made a strong and unified effort in defence, much to the shouting of their benched teammates. It comes as a shock, then, when such a gladiator is injured by falling on her ankle. Expecting her to get up- the game continues, even in the face of their screaming coach. This earns Liverpool’s mentor a bench foul and sets the tone for the aggression faced by the referees and scorers at the hands of Liverpool John Moores from then on in the game.

The York team immediately stops at protests, with Jain even running to provide first aid- de la Chica stands timidly on her ankle to applause from spectators. Within the same quarter, she returns to the court and continues her attempted domination of York’s team, running circles around the York defences.

As the game continues, York collects all the rebounds, giving them a healthy lead of 38 to 21 by the half- way mark. Stand-in student coach Matt stated the team were “so far so good” but had to keep that strength until the last second.

By the second half, gameplay had started heating up- aggression and fouling was on the rise which resulted in Liverpool’s Middleton being removed from the court for exceeding fouls- to passive aggressive applause from York’s intimidating player of steel, Vermakova. With 9 seconds left in the third quarter, de la Chica scores, leaving Liverpool at 37 to York’s 48- a comfortable lead for the York team to move to the final stretch.

At this point, John Moore’s coach was one foul away from being asked to leave and the team were nearing the threshold of fouls before any further sanctions resulted in an automatic free throw for the home team. Both teams kept fighting until the end, as the York team were determined to “finish strong”- with two minutes to go, York was winning 63 to 44, even with the aggressive defence and incredible scoring of the Liverpool team. With both teams determined to keep it decent for the end, there was a surprisingly foul- free ending which allowed for York to win valiantly with a final score of 66 to 46.

When it came to the after match shaking of hands, Liverpool were reluctant at best and refused to shake the refs, Will Fosh and Cal Clipston’s hands, with Middleton later coming up to shout at them when they claimed poor sportsmanship. The game ended sourly, with the Liverpool team leaving without any of the niceties and York left in their victory. Griffin shared that the team were elated for the final and thought the game went “really well, despite an aggressive team”