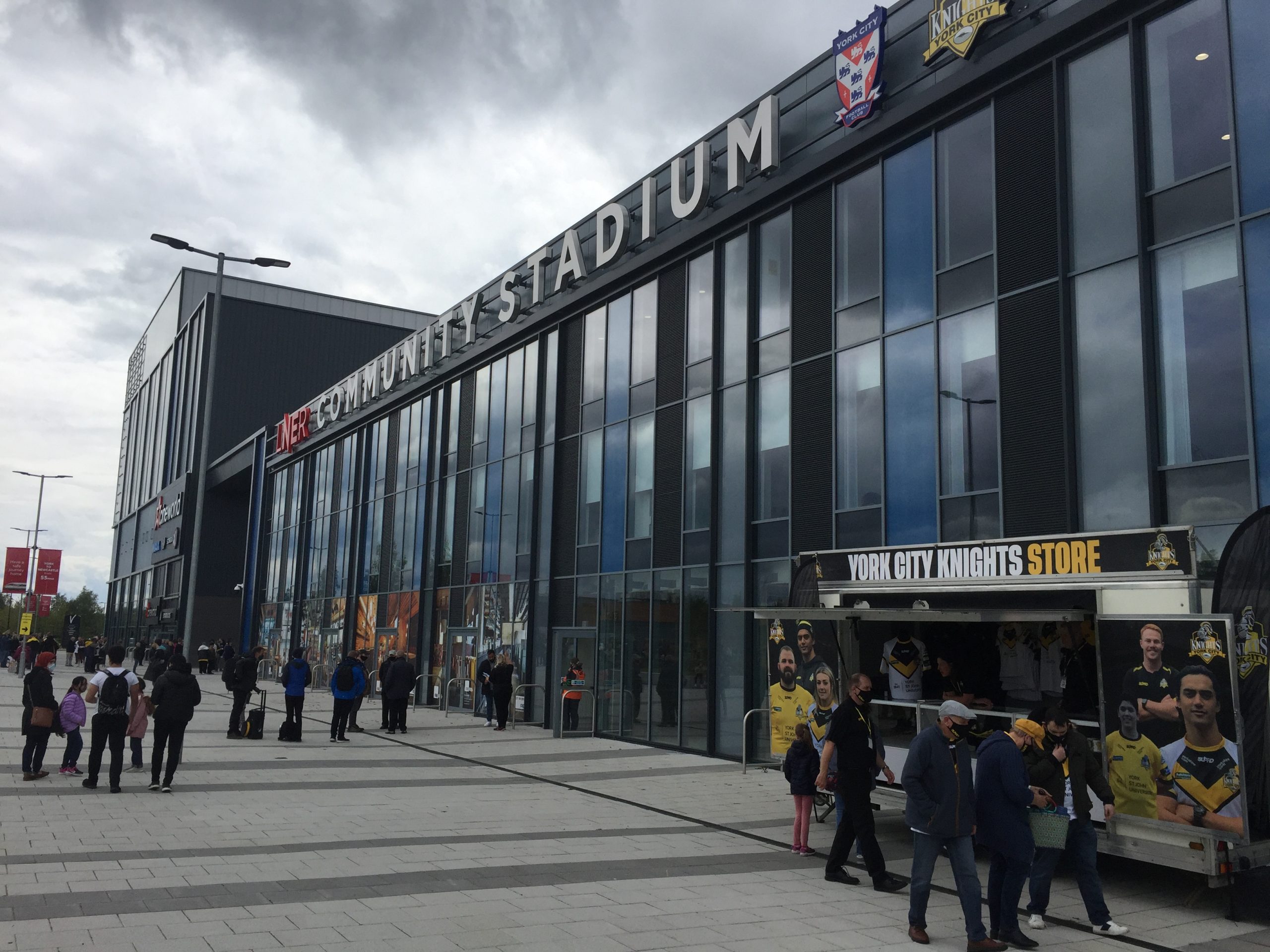 A total of 1,000 supporters entered the new ground as it opened its doors for the first time and saw York City Knights defeat 12-man Oldham 34-6.

The excitement of the crowd was palpable, perhaps best shown by a fan in a Superman costume and a mask of Knights Chairman Jon Flatman.

York made three changes to the side that won at Widnes last week. At last, the club’s injury picture appears to be brightening as head coach James Ford recalled two previously injured players.

Tyme Dow-Nikau returned at centre and Kriss Brining was back on the bench. Ronan Dixon was also named as an interchange, with Liam Salter, Danny Washbrook, and Joe Porter missing out.

To their credit, Oldham had fought tremendously hard to reach the break level, but, as witnessed last week at Widnes, York were well short of their high standards in the opening 40 minutes.

Dean Turner scored as York went further in front on the hour. Sam Scott produced a brilliant offload from the ground and the half-back gleefully touched down. This time, Kieran Dixon’s kick was wide.

By now, York were well in their groove, their man advantage clearly paying dividends. The next scorer was unsurprising, as Matty Marsh put James McDonnell through a gap before the forward returned the favour for the half to dive under the sticks.

With Oldham not able to handle the Knights’ pressure, a fifth try soon followed. Jubb was sharp at dummy half and fed Chris Clarkson’s slide next to the posts.

“Credit to Oldham, I thought they came with some aggression and got right into us. But I thought we invited that pressure,” reflected Ford. “We did everything we spoke about not doing in terms of sloppy errors, penalties, poor transitions, play fives not being good enough.

“If you come up with five or six of them, you’re really putting yourself under the pump. You can’t do that at this level and expect to be out in front. We’re playing against decent or good sides, so we need to get better. But it’s only right to point out Oldham’s effort and endeavour.”