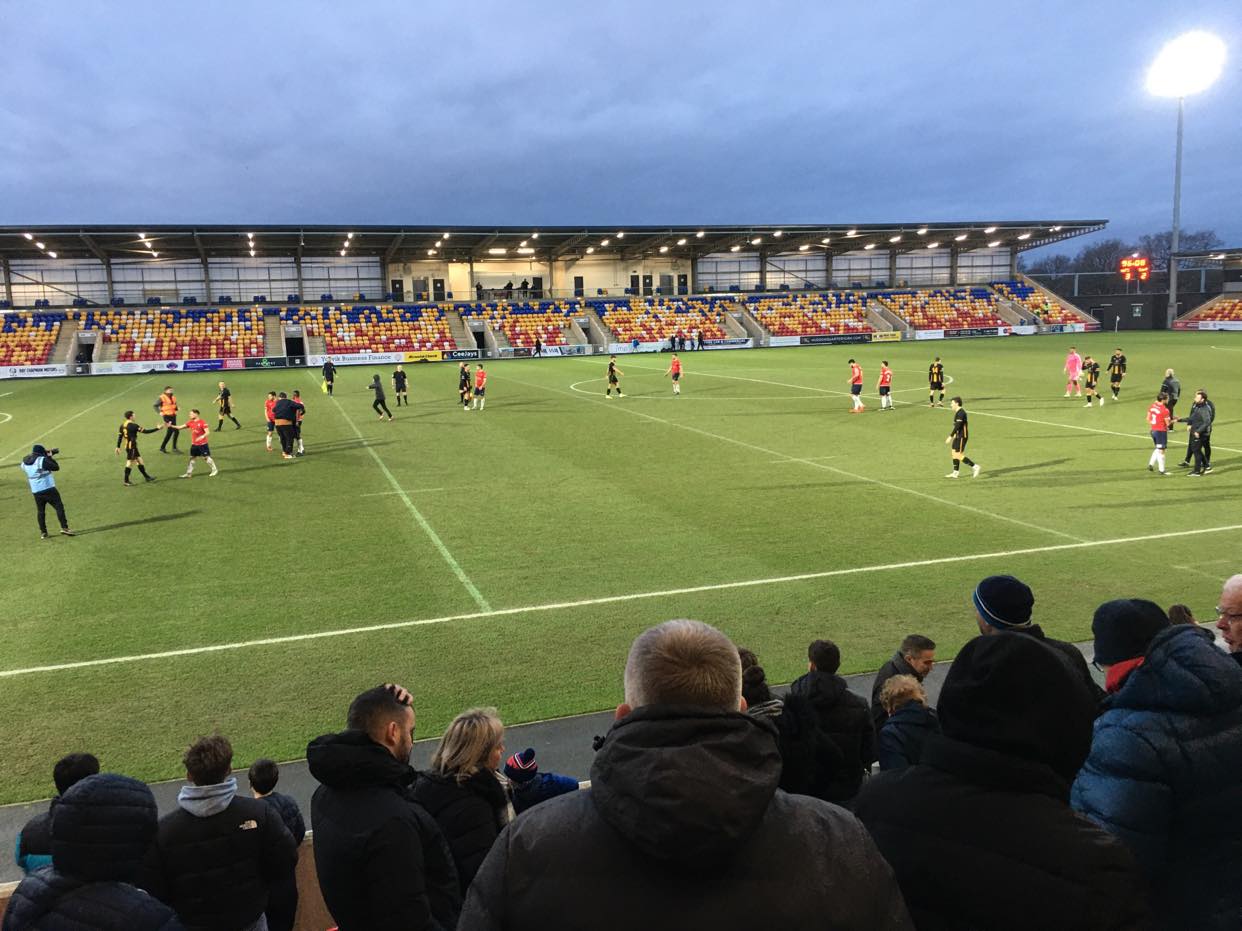 Following back to back wins for the Minstermen, over 2,500 supporters filled the stands on Saturday as York City took on Morpeth Town in a competitive FA Trophy fifth round match.

The first half was competitive from the whistle, with a Paddy McLaughlin strike dragged inches wide only 4 minutes in to the match.

A second early chance came quick when at 9 minutes McLaughlin broke through the centre of the defence and forced Morpeth keeper Lowson to get down and block his strike from the edge of the box.

York maintained the pressure on the semi-professional Morpeth with a Duckworth strike at 19 minutes and Hancox with a deflection in the 21st.

Morpeth took the lead at 26 minutes when Andrew Johnson cut inside the crowded York box and curved the ball into the far corner beyond the reach of Jamerson. York City 0 – 1 Morpeth Town.

York were arguably the better team in the first half; however, after a fairly uneventful half, City were behind 1-0.

In the 64th minute, Morpeth added to their lead when Ryan Donaldson headed in the ball from point-blank range. York City 0 – 2 Morpeth Town.

At 68 minutes in, York brought on their first substations, Willoughby for Jarvis, and Longdon for Greaves.

Only 1 minute later Willoughby hit a curling effort towards the keeper which sailed across the goal, and was finished by Hancox. York City 1 – 2 Morpeth Town.

At 72 minutes, City fans and players cried out for a handball in the penalty area, however, the referee played on.

Following the first goal, York seem confident and rejuvenated; at 75 minutes Willoughby crossed the ball across the box, but Dyson failed to control the ball and it went out for a Morpeth goal kick.

At 78 minutes, York’s newfound energy payed off and after a saved strike from Akil Wirght, Hancox taps the ball past the keeper, scoring his second of the game. York City 2 – 2 Morpeth Town.

Maintaining the pressure, at 79 minutes, York City came close when a 25 yard strike from Dyson rattled the Morpeth crossbar.

York came close once again in the 82nd minute, when a Matty Brown strike flew inches wide of the top corner.

During the 88th minute, Clayton Donaldson was taken to the ground by a reckless Morpeth tackle.

It could have easily been given as a penalty but the referee pointed outside of the box.

At 89 minutes, York take the lead when a free kick chipped into the box by Dyson is headed into the back of the net by Matty Brown.

The Minstermen fans were elated with the comeback, with some storming the pitch to celebrate with the equally excited players. York City 3 – 2 Morpeth Town.

After 5 minutes of uneventful but tense extra time, the final whistle was blown; York City continue their winning streak and will be progressing to the FA Trophy Quarter Finals.

Overall, today’s performance by the Minstermen was seemingly a tale of two teams; 70 minutes of low energy, no confidence, and silly mistakes, and 20 minutes of their best play of the season.