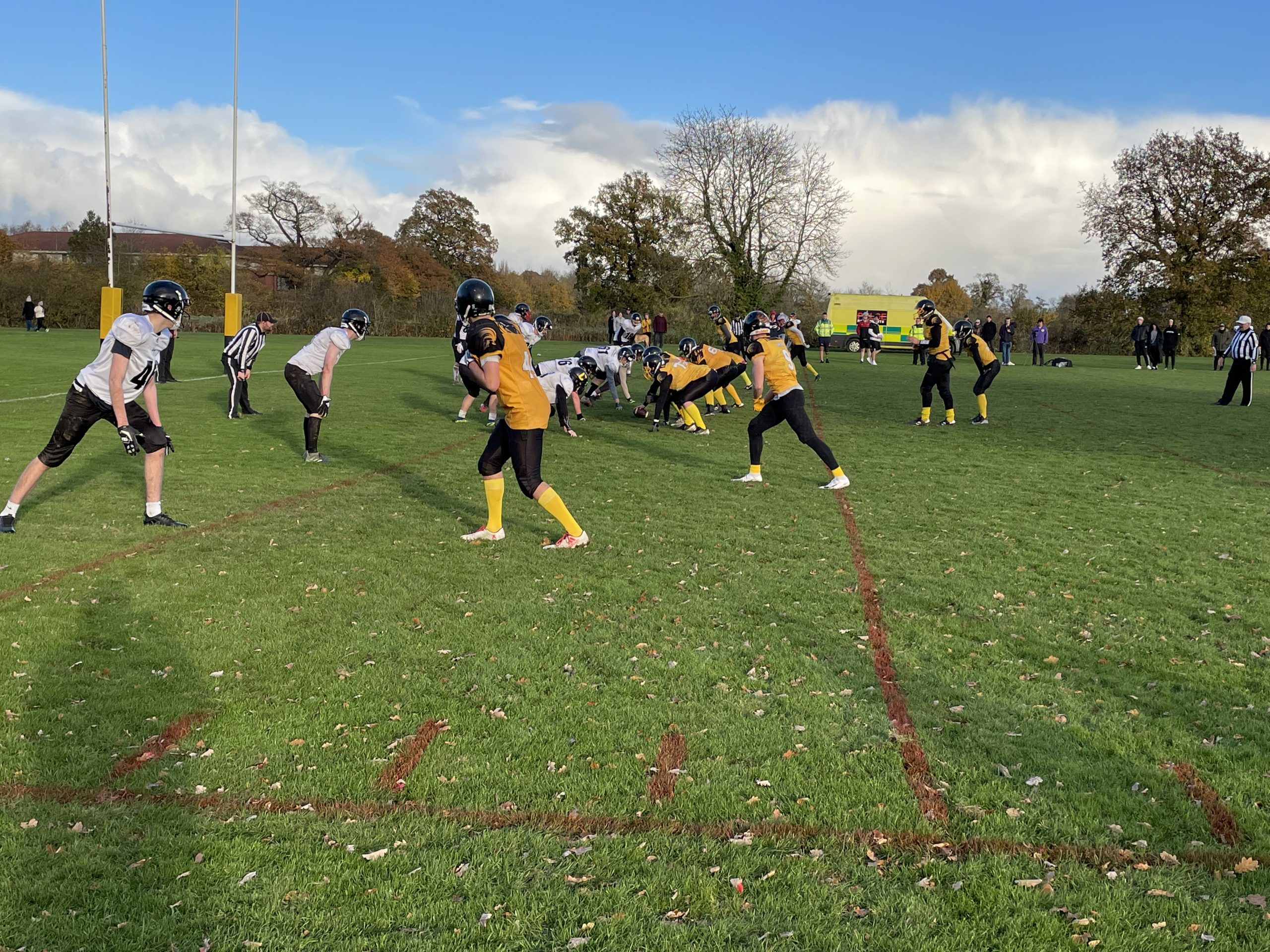 The York Centurions told YSTV last week that they wanted to prove they belong in the BUCS Borders Tier 1 league they were promoted to in the last season of competition in 2019-20.

They went a long way to doing that against the Northumbria Mustangs, securing an eventually comfortable 24-6 win.

The Mustangs were fresh from a victory against the Hull Sharks last Sunday, and after York’s 0-8 loss to Hull the week before they could have been seen as favourites coming into the game.

Centurions outside linebacker Dominic Munns told York Vision after the game that they may not have expected a win but they strongly hoped for one, and Munns was a big part of making those hopes come true.

In a start to the game that stunned many of those watching, Munns recovered two fumbles from the Mustangs in the first two snaps of the game, returning both for touchdowns for a 14-0 lead.

He told Vision afterwards that even he was surprised at his own touchdowns.

After running out a two score lead, the Centurions put the Mustangs under a whole lot of pressure, forcing sacks, incompletions, and tackles in the backfield, and it was eventually a York special teams error that gave the Mustangs a way back into the game.

With York on offense at around the 20 yard line, a penalty for a personal foul pushed them right back to the 5, and an attempted punt to relieve the pressure saw a fumbled snap which almost resulted in the Centurions giving away a safety, but ended with the Mustangs starting a drive from the York one yard line.

Despite the Centurions’ defence putting in a strong effort to push Northumbria back to the 7, the Mustangs scored on third down with a short crossing route, ending in the receiver being pushed into the endzone by teammates.

Northumbria’s extra point was no good, making the score 14-6 to York, with neither side scoring again after that fast start to the half.

York started the second half as the stronger side, with quarterback Ollie Mulcahy and running back Will Harvey combining to create some great opportunities for York.

The Centurions almost capitalised in their first drive of the second half, as a failed onside kick attempt gave them the ball close to half way, which they worked down the field into the red zone.

In the end, it was an interception at 2nd and goal that cost them that opportunity, but their defence continued to pile on the pressure.

The Centurions forced a fumble that they were not able to recover, and Johnny Joseph ran an interception back to two yards from the endzone, before play was called back after yet another penalty for roughing the passer.

The club’s President also noted the work of the defensive line speaking to Vision, with Cameron Campbell and Josh St Clare (who lived up to his ‘Bosh’ St Clare nickname) causing issues for the Mustangs in particular.

It was a Mustangs mistake under pressure from that defensive line that gave York another scoring opportunity, as a snap over the head of the quarterback on fourth down delivered the Centurions the ball at the Northumbria 20 yard line.

They weren’t able to force the ball into the endzone, but a field goal from defensive hero Dominic Munns gave York a 17-6 lead.

York were able to force the ball into the endzone late in the game on fourth down from the 2, but a late whistle from the officials called the ball dead on the one yard line for a turnover.

After three incompletions and a punt that only reached as far as the Northumbria 30 with around a minute left on the clock, it was an incredible Will Harvey solo run that put the game far out of reach for the Mustangs.

After a good extra point, the Mustangs ran down the clock after the kickoff, leaving the final score as a York Centurions 24-6 win for their first of the season.

The win gives York two points, bringing them even with Hull, Northumbria, and Edinburgh, and behind league leaders the Newcastle Raiders, in the close Borders Tier 1 league.

The Centurions move on to face Edinburgh next week, hoping to find a second straight victory against a side who will be desperate for a win after their 32-0 loss against Newcastle this week.