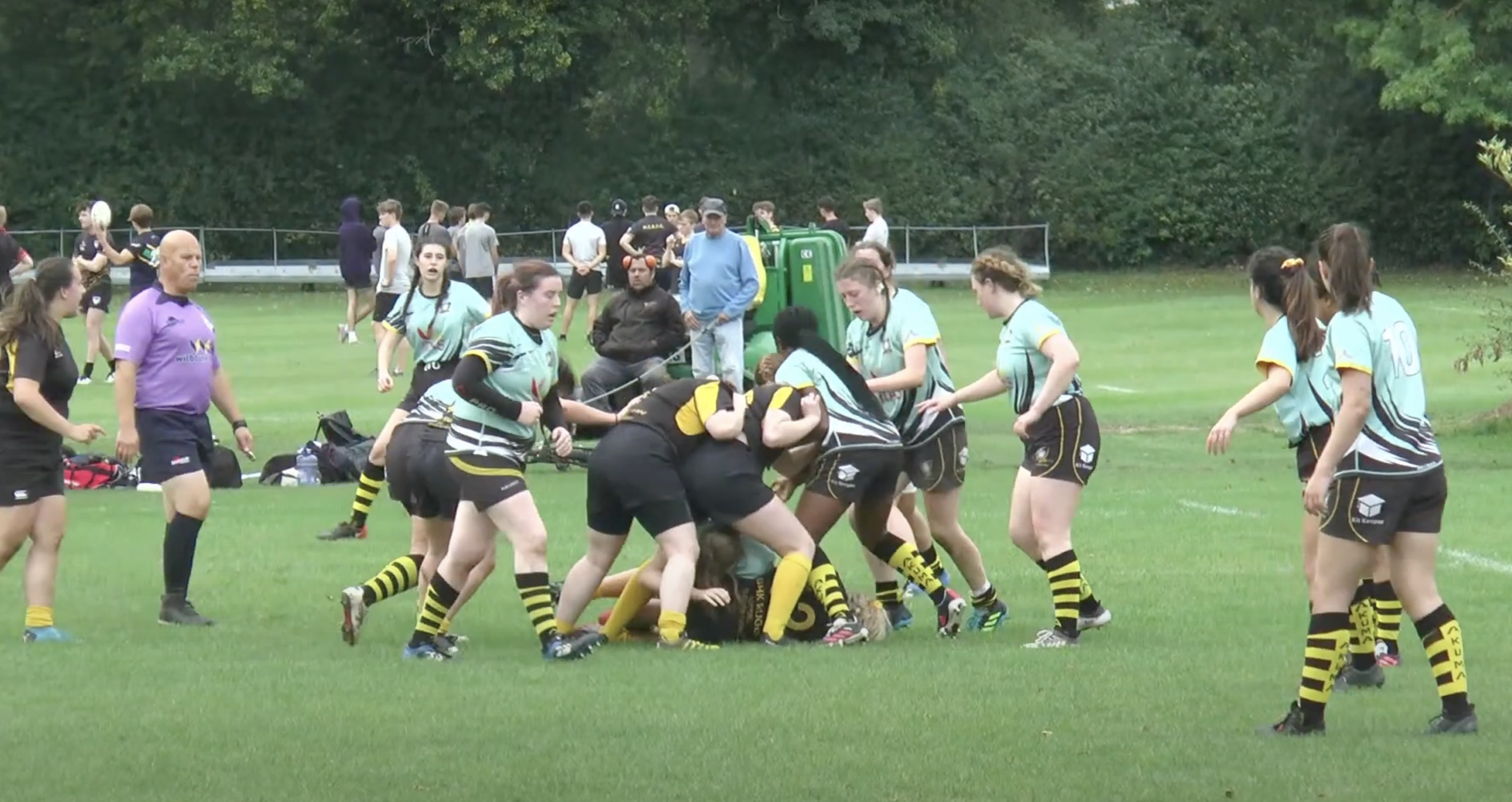 The win takes York to second place in the Premier Division North table after the first round of fixtures, only behind the Loughborough women’s 2s after their dominant 49-0 win over Newcastle.

Head Coach Ian Thompson tells the players that in every match they would either ‘win or learn’, and in their debut match of the season the former would be true for York’s women’s rugby 1s.

At the start of the first half it was clear to see that York were hungry for a victory in what would be much of the team’s BUCS debut and everyone’s first match in almost 18 months. York fans wouldn’t be left waiting for long before winger Molly Coleman sped to the try line, putting the first points on the board.

Flanker Phoebe Durojaiye became an instant stand out. Fierce in the tackles and as quick as a winger, it was only a matter of time until she scored York’s second try at three minutes in.

Glasgow delivered some hard tackles as York tried to push through the centre, an area where Bryony Hicks excels.

It was particularly striking to see her making ground with a Glasgow player attached.

The next try was secured by UYWRUFC’s president and full back, Georgia Briggs. York finally managed to make a conversion and pulled even further ahead.

What York lacked in size they made up for in speed, this paid off once again as Fran Goss weaved through Glasgow players from outside centre, scoring York’s 4th try and ending the first half at 24-0 to York.

Glasgow’s coach must have had a strong team talk at half-time as Glasgow quickly proved why they are a Premier Division North team. From the first minute of the second half Glasgow were quicker and more aggressive.

They denied York Sport Union President Franki Riley as she ran towards the try line. She wouldn’t be denied for long, however, and in her BUCS rugby debut she scored her first try and in a second glorious run she made this two just three minutes after her first try.

It is clear though that something had changed in the minds of the Glasgow team, and they were putting York to the test, pushing hard and straight down the middle and consequently earning their first try. York were almost out of energy and struggled defensively against a revitalised Glasgow.

Five minutes after their first try, Rachel Godsman made it two tries for Glasgow. York allowed a third Glasgow try, making the final score 36-17, for a performance that Glasgow will be pleased with after a shaky start, even if York’s win was never really in doubt.

Coach Thompson will be glad that they’ve won rather than learnt this week, but it is without a doubt that, if York want to finish top of the league, there’s always a lot to learn.

With their next game against a Loughborough side riding high after their first game, York will be hoping to turn the momentum of this first win into a performance against the league-leaders.