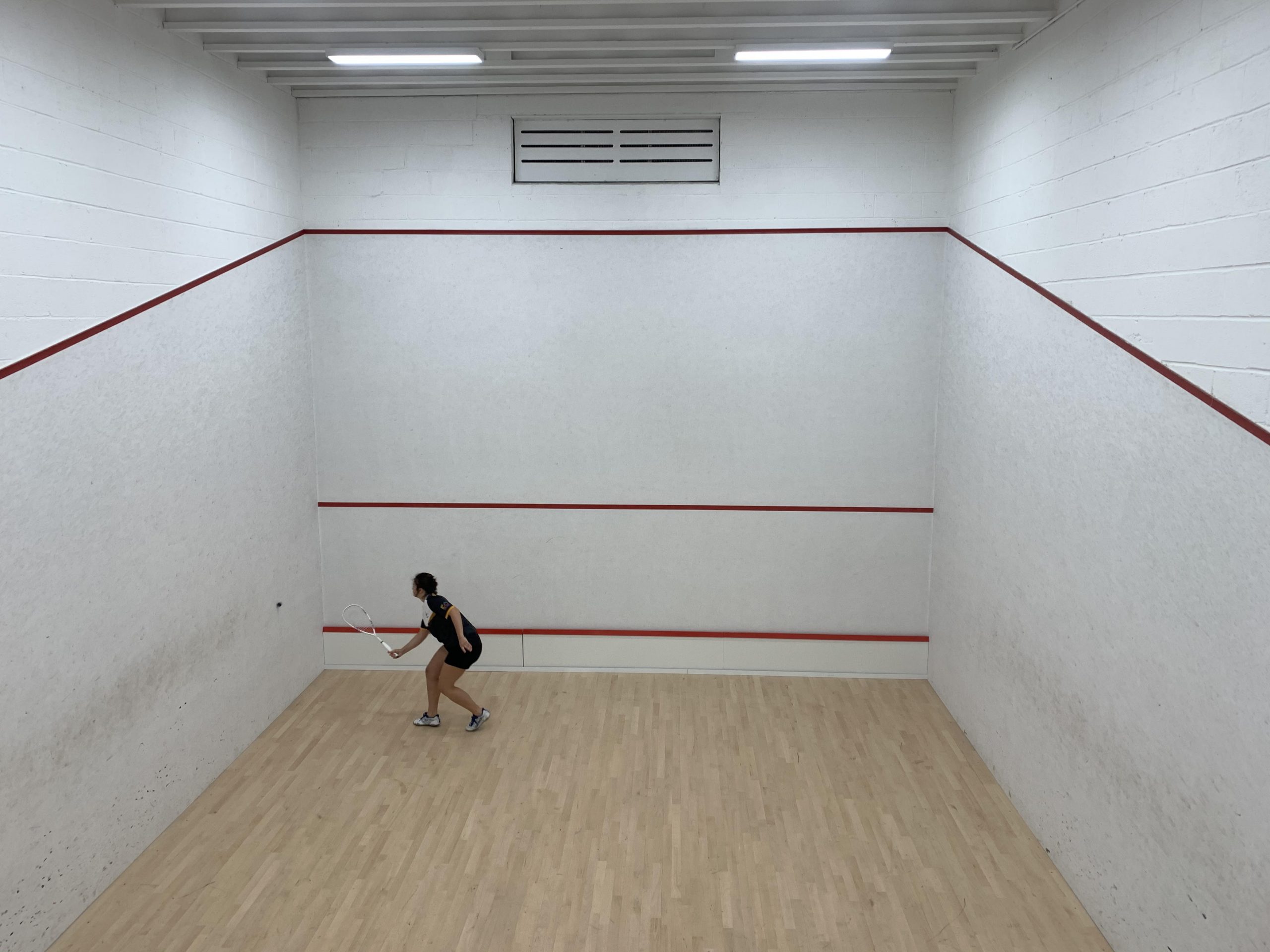 Intensely physical yet requiring a great deal of skill and grace, squash is a difficult sport, and university fixtures often fly under the radar in favour of more popular sports.

Nevertheless, the university squash club has been going from strength to strength this year, with the men’s teams top of their respective leagues and the women’s team unbeaten in BUCS this season. This Wednesday, we went down to the courts to watch York’s Women’s 1s against Newcastle’s Women’s 2s.

On paper, the fixture looked a treat – York chomping at the bit to keep their winning streak intact, and Newcastle fighting to maintain their third-place position in their BUCS league. Kitted out in their new matching team shirts, York’s ladies looked formidable in the warm up against a plucky Newcastle second team.

First up was the fourth seed Eilidh Smith, who had previous with her opponent – two highly contested battles last term saw the York player come out with a 2-0 winning head-to-head. Starting off with a few nervy plays, Eilidh soon got into the swing of things, and some great rallies saw her capitalise on opportunities to win the first game 11-8, and we hoped for more of the same in the second. The rivals did not disappoint, but it was the York player who once again ran with chances, taking the game 11-9 and moving to within a game of victory. The athleticism of both was on display in the final game as both players sprinted around the court in a hotly-contested tussle. Despite some questionable shots, Eilidh finally managed to convert, winning the game 12-10 and securing the first win for York.

Next on the swish new glass-backed court was York’s third seed Heather Turner, who nabbed the first game 11-8 with some razor-sharp serving and phenomenal dropshots. Would it be a straightforward 3-0 win from here or would it come down to the wire like the pair’s previous match? The second game had the crowd on tenterhooks, with the momentum swinging back and forth like a pendulum. With great crowd support, the two players were neck and neck, until finally Heather broke through and sealed the deal with a mammoth 18-16 scoreline. After all that, the score was still only 2-0, with all to play for for both players. After a short breather, the duo came back on court, and with fatigue creeping in and fuelling some lazy shots, Newcastle’s Phoebe Precious came back fighting to steal the third game 11-9, giving the Tyneside squad a bit of breathing space. It was obvious that clear heads were needed in the fourth game – it would either end in a win for York or a one-game shootout for the win. Thankfully for our nerves, Heather kept her cool and avoided a five-game thriller by taking the fourth and another victory for York.

For the penultimate match-up, highly acclaimed ‘dropshot queen’ Stella Gowans lived up to her title against Newcastle’s talented Sally Hodgkinson. From the outset, it was clear that Stella’s game style was working a treat, as she hit some beautifully delicate dropshots that wrong-footed her opponent. However, Hodgkinson was not to be beaten that easily, and the first game was close, with Stella finally seizing an opportunity at 9-9 to secure a one-game lead. Those expecting more of the same power struggle in the second would be disappointed, as Stella drew on her stamina to win the first eight points in a row. There was no coming back for the Newcastle player, and Stella went up 2-0. Although the Newcastle player started strong in the third game, with some ambitious play, Stella was relaxed, and she took the game to give York an unassailable lead in the fixture.

Finally, all eyes were on young fresher and top seed Bianca Tacconi, whose university performances so far had been nothing short of stellar. This match was no different – Bianca steamrolled through the first game, not dropping a point thanks to some deliciously tight shots which left her opponent in the dust. The exceptional play (including some boasts that were, quite frankly, outrageous) continued in the second and third games, eliciting gasps from the crowd as Bianca cranked up the heat and ensured a clean sweep for York in the first fixture of term by winning 11-0, 11-2, 11-3.

Next up for the squash club? A trip to play Durham’s 3s away on the 5th February. Can York keep their untarnished record? All eyes will be on the ladies.