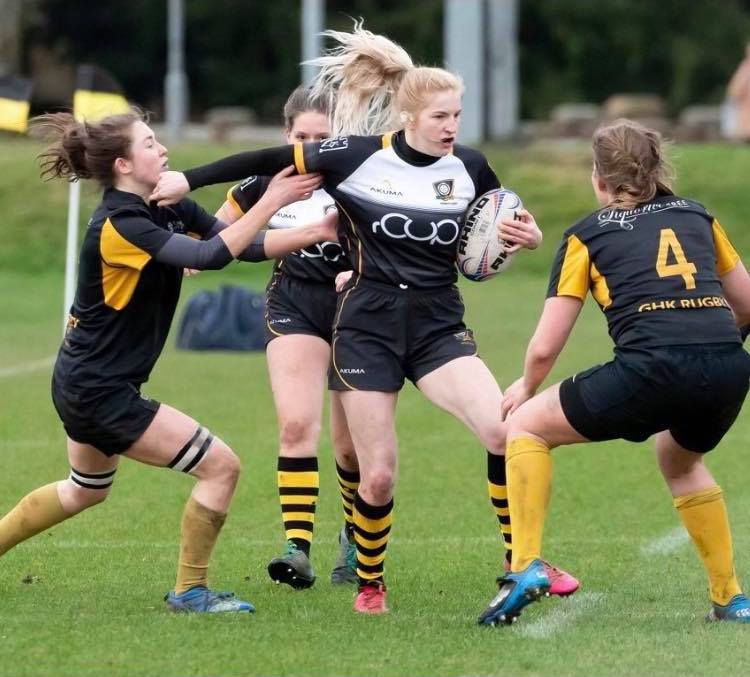 Women’s Rugby is currently the most notorious club at York – the highest ranking BUCS team at the University having only lost two league games in the last two years, it became York Sport Club of the Year in 2020, having won Team of the Year the year before.

Having achieved promotion to the Northern Premiership from North Division One, the team only lost to Loughborough University. “To put it in perspective,” their “immensely proud” President, Georgia Briggs said: “one individual Loughborough player would receive more in sponsorship than our entire team did last year.”

A club used to playing against international players, with the help of a Students Projects Fund, Women’s Rugby have also started a development team for the new season. Joining such a successful club can be “intimidating”, says Briggs. “The development team really is our chance to bring rugby right down to the very basics. We’ve got a really good coach that’s going to run through this in each session, each part of the game”.

So how will they return after COVID? A contact sport reliant on mauls, scrummaging, rucks, and tackling, the start of their league has been postponed until at least January, with “integral” pre-season arrangements forced to be discarded.

However, Briggs is “really optimistic” for the new term, saying that “everyone is so looking forward to it”.

Training in bubbles of six, according to YUSU and RFU guidelines, they can do “breakdowns of skills, drills and just go back to basics”. While they can currently tackle one on one and research into the safety of problematic areas like scrummaging looks promising, Briggs admits that: “we’ve got to anticipate that it’s not going to be the same as last year”.

However, according to Briggs, one of the main threats women’s rugby faces is through the transformation of Freshers’ Fair – a key source of exposure, as well as advertising revenue from handing out flyers.

In a year when “we’ve lost a lot of old girls that were quite crucial to our teams”, they were eager to “meet new freshers and seeing how the teams are going to look next year”.

However, Briggs is resolute that UYWRUFC will maintain the team spirit they conjured over lockdown; in Virtual Roses, they ran a staggering 170 km in a day, raising £796.

In their aim “to try and increase accessibility to all women at York”, UYWRUFC have made immense efforts in advancing women’s rugby for York.

Combined with the recent creation of women’s rugby teams at college level, we can only hope that this success is not held up on the try line by the incalculable chaos of the last six months.