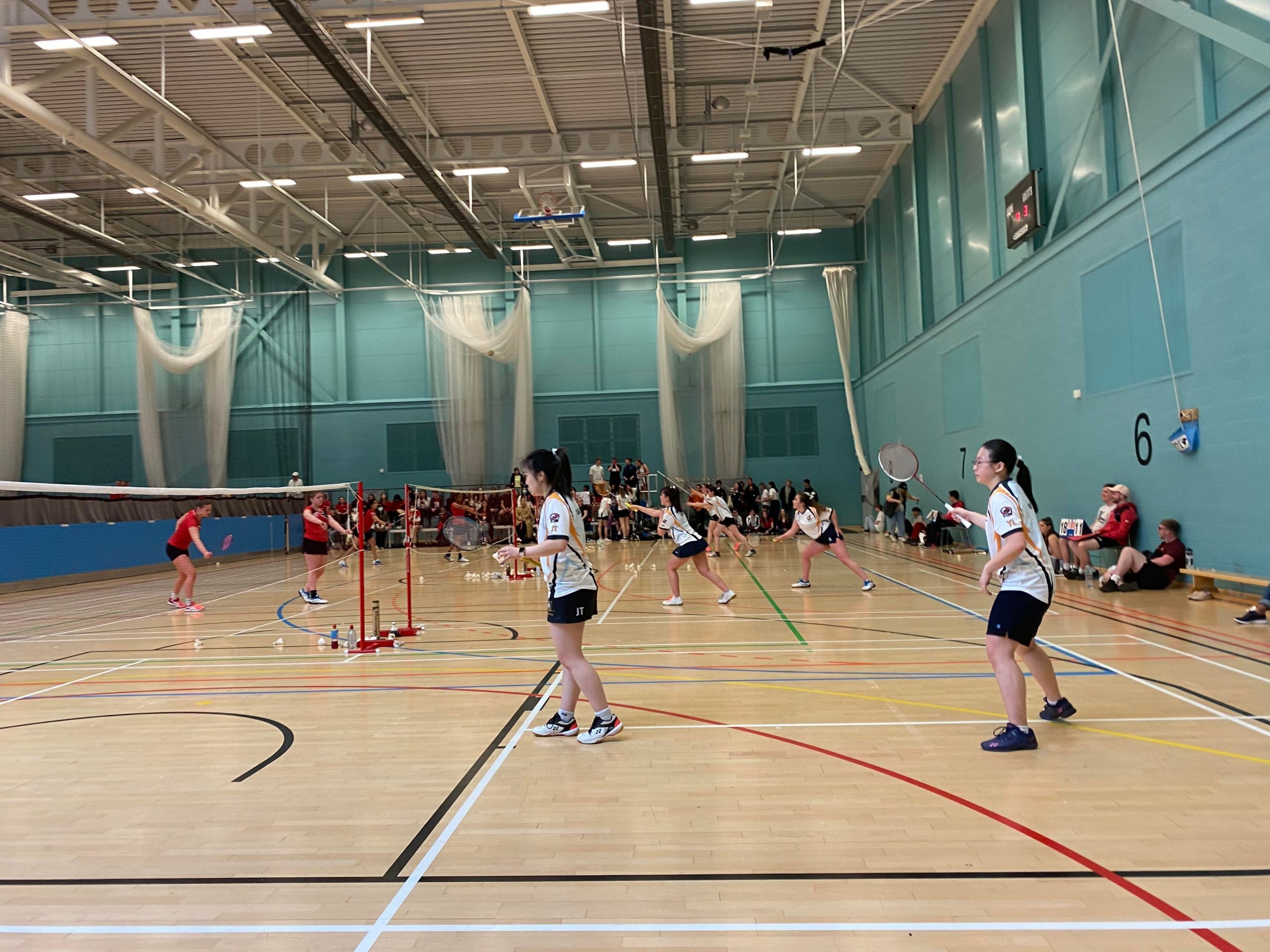 The men’s game began in the early morning, with some really intense play from both sides. The players fought hard to secure the overall 6-3 win to York.

Three pairs played three games, and despite a slightly shaky start, York pulled it back by the end of all the sets.

Particularly impressive were Jai and Manson, who did not lose a single set in their three games, and especially Jai, who played his last ever Roses this year. It was an incredible show of skill and persistence from York.

Charlie, the Badminton President, said, “The games were tight, I think mostly down to a bit of nerves and tiredness in the first set of matches. But the quality improved and I’m very happy with the overall performance.”

The women were set up for greatness, having won the Women’s Northern Cup, The Double, beating Durham at Varsity, and most impressively winning the Tier 2 League without dropping a single point.

Speaking to a member of the Seconds before the sets, she told Vision “we’re really excited, we played well last time we played (played and played, maybe change one of them) so we’re hoping to give them a good match!”.

The games lived up to expectations. Though York spectators were light on the ground, many supporters remarked with shock at the speed of reactions and skills of the players on court.

In the first set of doubles, York played a very strong set of games. It was clear from the beginning this was going to be a tight set of matches, as the players were very equally matched, though York was already dominating the courts.

York saw a very strong start in the second set of sets, which began at quarter past three. One court saw three scoring hits for York within the first 30 seconds of the game. The tension was high.

By quarter past three, York were dominating all courts, ultimately ending with two York wins in the second round. Games were incredibly tight though, often with both teams consistently scoring back and forth- one game ended with a close 22-24. Lancaster put up a fair fight.

The third set, beginning at quarter to three, was the most intense of all, with very evenly matched teams and high quality of play. Despite fatigue beginning to nag at the players, the same high intensity was maintained.

The games were incredibly tight, and Lancaster put up a fair fight against York’s formidable team.

York won the first two games of the final set, but scores were very close. The ladies’ play was fierce and fast paced. The end of the women’s games saw a tiebreaker with a strong 8-19 win for York in the final game, ending at quarter past four.

This means York won with an outstanding 8-1 score by the end of the sets, an absolutely immense performance from the York ladies.

Leah Brennan, the Firsts captain, said “all the girls played really well, we had some really close games against Lancaster.” There was a strong sense of pride amongst the contestants, particularly for Rachel who played her last Roses this year.

Similarly, the York Women’s Seconds performed amazingly this Saturday. They too secured a 8-1 final score, with a really intense ending.

The final set was played by members Ying and Jasmine, who gained 3 points after an intense 19-19 tie, going on to secure a 19-22 victory in the final few minutes.

Vision spoke to Ying, who stated that she was proud of herself and her teammate as they were “down by a lot” and made a “huge comeback”.

Overall, York badminton performed astoundingly well at Roses this year, securing four out of four wins and a total of 12 much needed points.