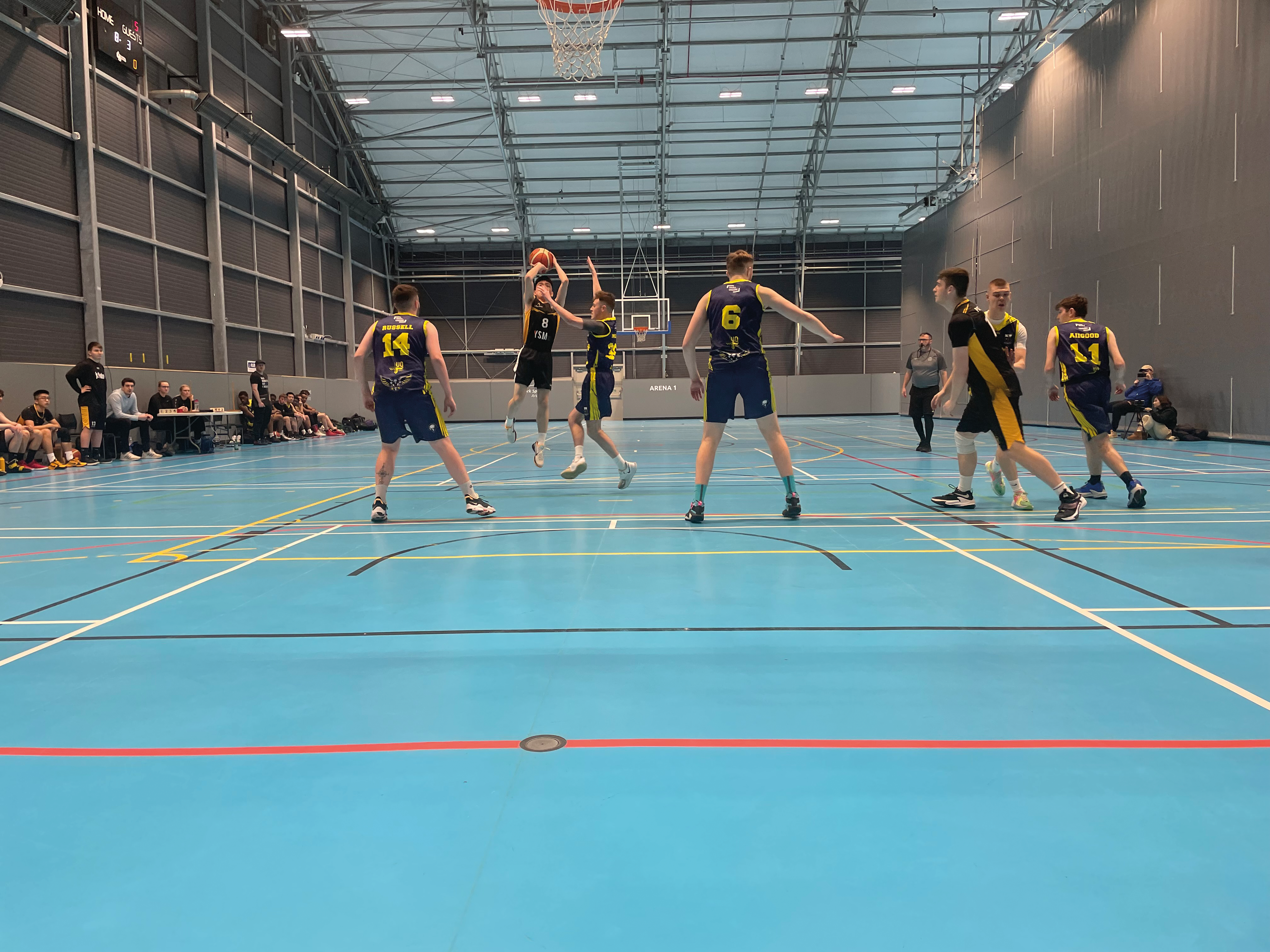 The men’s first team left the court with a comfortable 80-47 win, meaning they are one win or tie away from mathematically guaranteeing the BUCS Division 3B championship.

York will go into their two final games in first position, and would secure the title next week with a win or tie away against the bottom-placed Sheffield men’s second team.

Their final home league game of the season saw York get off to a shaky start, as Hull took an early 12-4 lead, but tactical changes and physical play left the winner in no doubt by the final buzzer.

In the first few minutes of the game the story was Hull’s success with three point shots, with three of them scored in their first four possessions as the away team looked set to miss very few of the opportunities they created.

After York fell 12-4 behind, an early timeout saw tactical changes, as the team appeared to switch up their defensive scheme to put more pressure on Hull.

That pressure paid off with a new defensive stability, putting pressure on Hull as they shot ,while effectively challenging for rebounds, and York’s offence brought them back into the game to tie it 12-12.

The early first quarter was the one and only time Hull took the lead against York, as the home side grew into the game and began to adjust to playing their opposition.

One of the features of York going forward was the pace of their attack, as quick breaks from defensive rebounds and turnovers led to opportunities to score.

York went into the second quarter with a 21-15 lead, after their well timed time out, as Hull’s accuracy with three point shots began to fall York got used to their tactics to create a deserved lead.

After a relatively high-scoring first quarter, both teams began to settle into the game, and each defence made some important stops to keep the game close.

The early success of Hull with three-point shots seemed to encourage them to keep attempting them, but a number of misses, and York’s more patient offensive play saw York begin to extend their lead.

Even when both sides struggled with consistent shot accuracy at points, York were aggressive and won rebounds more often than not, giving them the opportunities to take advantage offensively and to frustrate Hull.

In the second quarter, it was Hull’s turn to take an early timeout, as York led 29-15.

It wasn’t enough to stop the York lead from growing, as they continued to take advantage of turnovers and rebounds to create fast-paced attacks and stop the Hull defence from being able to organise themselves.

By the end of the quarter, York had created a 39-24 lead, and carried their momentum into a high-scoring dominant third quarter.

York’s defence was physical but disciplined, avoiding giving away fouls as they did in the second quarter, and holding Hull to just five points in the quarter to stop them working their way back into the game.

Even as the lead grew, York never had to worry about the shot clock, as they continued to work quickly to frustrate the Hull defence, pulling away to a 60-29 lead.

It was the third quarter that appeared to seal victory for York, but the Hull side were never out of it.

In the fourth quarter, some York eyes began to regularly look up at the scoreboard when Hull pulled back 13 points to reduce York’s lead to 66-42.

Hull were beginning to find some of the pace that had worked so well for York, as well as drawing free throw opportunities from fouls, but it was not enough to make a comeback look realistic.

Ignoring any thoughts of running down the game clock, York continued to challenge Hull at every stage, and after Hull’s strong start, York made the most of their speed and strength to make the lead that bit more comfortable.

Hull never gave in, and some great individual defence stopped York from running away with the game even further, but in the end a 80-47 York win was a fair reflection of the home side’s ability.

York now move on to their final two games of the season, and their push to guarantee promotion to Tier 2 basketball next year. They will hope this win is a sign of things to come.