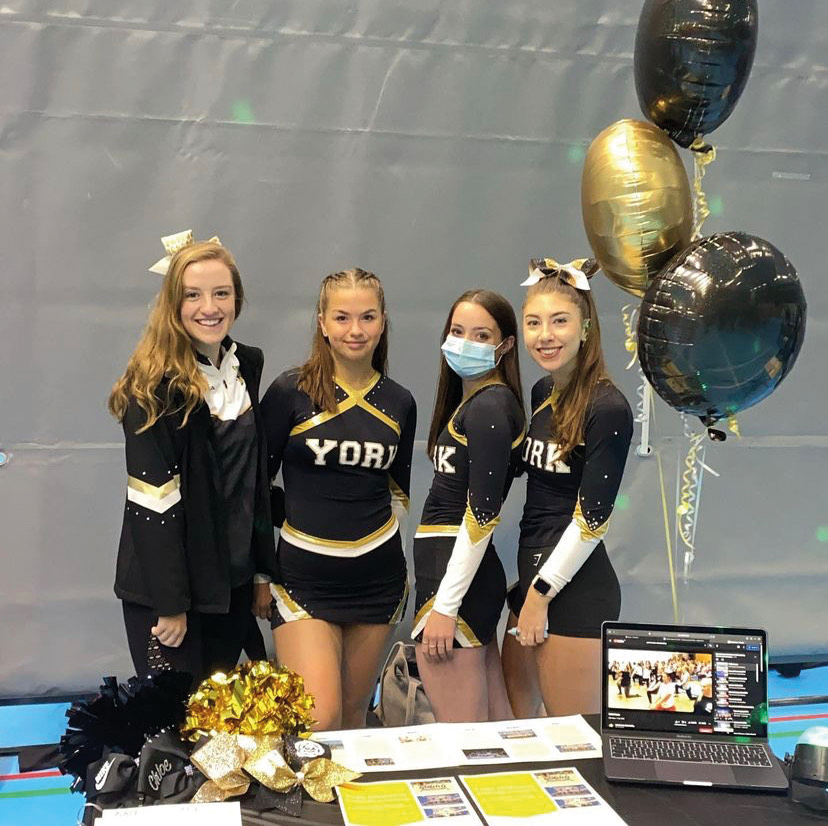 In honour of the much anticipated release of Series Two, York Vision sat down with the York Hornets to hear about the University of York cheerleading scene.

Bryony Meyer, the Hornets’ Social Media Sec, had never tried cheerleading before she arrived in York but “(as cringey as it sounds)” she “always felt like something was missing”.

While researching different universities most people look at the nightlife or the course content, but Bryony was checking out the cheer squads.

“One of the reasons I loved York was because the Hornets appeared as such a tight-knit group of close friends and did super well at competitions.”

Figures from the Department for Education show that 37% of schools are now offering cheerleading. With the increased popularity of the sport it has brought rising levels of scrutiny.

“Cheerleading, by definition, is a sport and is arguably one of the most physically challenging sports out there. I urge anyone who disagrees to give it a go!”

Bryony was aware of the many controversies surrounding cheerleading but said that most are not true and that “cheerleaders fight them on a daily basis”.

It is common for women in sport to face expectations from society for them to look, act, and appear a certain way. These expectations are unrealistic and, once again, something cheerleaders have to manage carefully.

She was quick to mention that it seems to be always “all female-dominant sports have the reputation of being ‘toxic’”.

She acknowledges that the sport has issues in the uniforms younger children have to wear in some gyms which are “skimpy”, but at York, the Hornets “cheer for themselves”, which makes cheerleading an incredibly supportive environment.

The TV series Cheer has been an undeniable hit for Netflix and like many people round the world, Bryony has watched the series.

“The show is incredibly addictive and highlights athletes pulling off amazing skills and showing outstanding talent. However, for a cheerleader, it runs a lot deeper than that. Cheer displays just how hard we work and how unbelievably hard we push ourselves to hit stunts. On top of this, it also portrays the friendships made between team members, which is something that all cheerleaders can relate to!”

It is clear that Bryony’s love for her sport does ‘run deeper’ than just pulling off stunts and hitting tricks, although she does explain that the feeling when you manage to hit a stunt is “like no other”.

“Cheerleading has enriched my university career and I wish I could do it forever!”