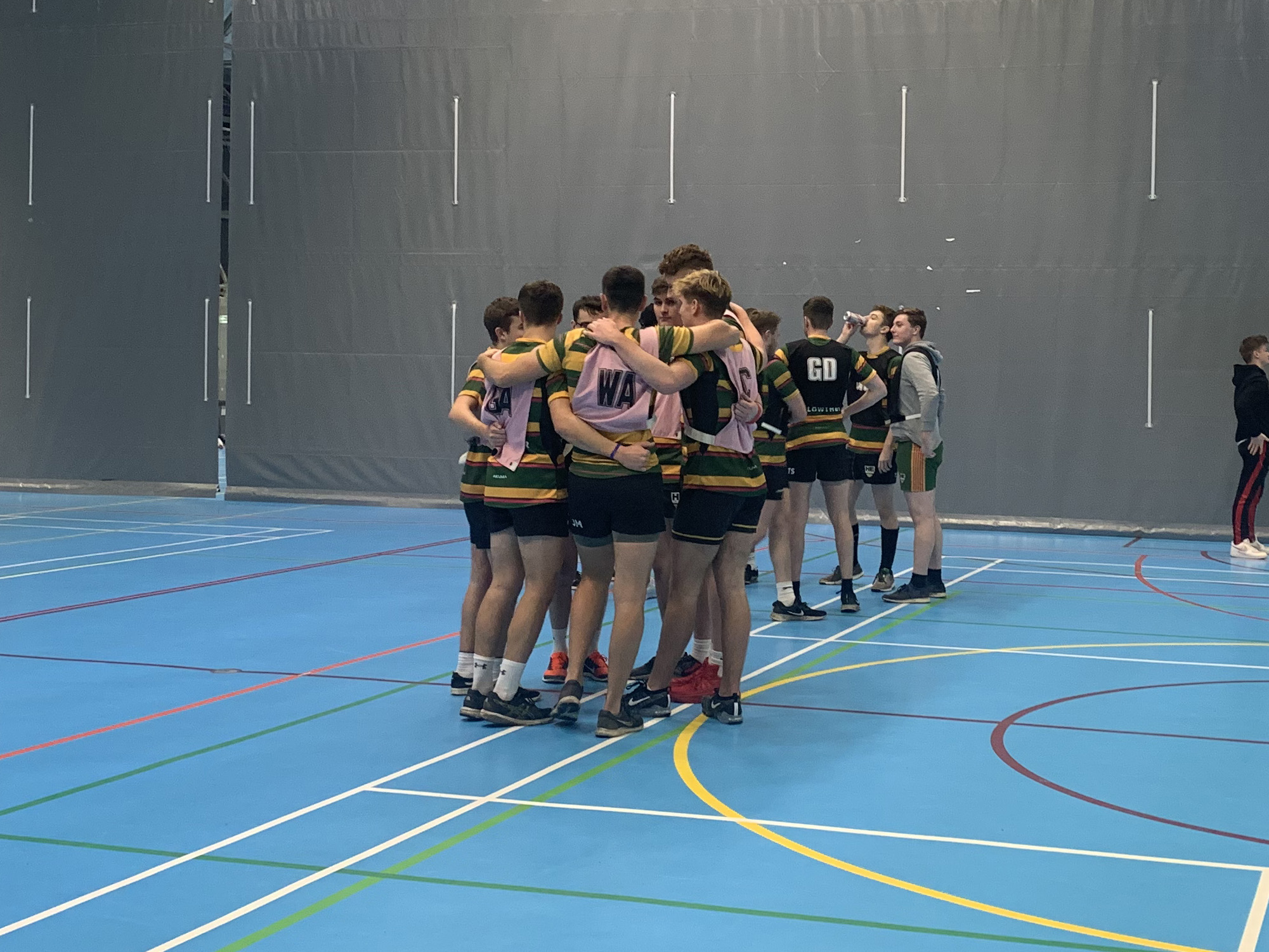 The afternoon’s proceedings began with a chest pass rather than a kick off as the inaugural Hes East varsity, a triumvirate of rugby, football and netball, took place between Langwith and Constantine.

Unfortunately, some classic Yorkshire weather led to the rugby and football events the tournament being called off, but the boys were not to be denied the chance to represent their college, and, after some creative rescheduling, three netball matches were announced: Langwith rugby vs Constantine rugby, Constantine football vs Langwith and Constantine netball, and a showdown between the two netball teams serving as the finale.

The boys took gamely to their new sport, showing that athleticism and spatial awareness skills are just as relevant in netball as in rugby. Promising early attacks from Constantine soon paid dividends, as the Constantine players adapted to being allowed to pass the ball forward quicker than their Langwith counterparts.

A slew of counter-attack goals followed as Constantine were able to move the ball quickly and accurately up the court after intercepting Langwith’s attacks. The half-ended 6-1 to the Constantine boys. Would Langwith be able to stage a revival in the second half? Unfortunately, the second period yielded much of the same, with Constantine’s imposing Will Keyte proving dominant in the goal circle. His height and physicality led to him scoring the lion’s share of his team’s points. As the game wore on, Constantine’s lead merely extended, with the game ending 13-2 to the men in pink. If Hes East’s rugby campaign doesn’t prove fruitful this year, perhaps a career in netball beckons?

Next up was a battle of brute force and power against tactics, experience, and agility – a tightly-fought contest between football and netball. Despite netball’s best efforts, the football team used their height advantage to quickly ring up a 3-1 lead in the first half. Nonetheless, the girls kept cool heads and closed the gap to just one goal at the break, with some razor-sharp precision and tactics. With a score of 4-3 at half time to the boys, there was all to play for. The spectators were on tenterhooks as the teams strutted back onto the pitch, hoping for a second half that would match the intensity of the first. Neither side wanted to budge an inch, and each time one team took the lead, the other would fire back, one goal at a time. Great defensive play by Anna Tattersall and Persephone Evans prevented the men in pink from capitalising on their chances, and the ladies wrestled back possession and scored to make the final result 8-7.

Finally, the stage was set for the hotly-anticipated big ticket match – a showdown between the netball teams of both colleges. Supported by a sizeable crowd and pounding house music, the teams took to the floor for the final fixture. Langwith drew first blood, but Constantine bided their time, and were soon up 4-1 thanks to a hat-trick by Megan Rafferty. Despite conceding a duo of goals, Constantine just about held on to a leading position, with a score of 4-3 at the half-time break. Both teams went off to regroup, and whatever team talk Langwith gave themselves, it clearly worked, as in the first minute of the second half shooter Paris Henry quickly scored two in a row to give Langwith a 5-4 lead. It was edge-of-your-seat stuff, as both teams kept the deficit to within a goal of each other – Constantine with more opportunities and possession, but Langwith’s defence standing firm. With the clock ticking, and the match coming down to the wire, a last gasp goal attempt succeeded, securing an 8-7 victory for Langwith in the final minute. Players of the match must go to shooters Emma Tarshish and Paris Henry, who couldn’t seem to miss a target, with special mention to Langwith’s Sasha Tunney for a spectacular display of athleticism.

With the college netball leagues starting this term, we should be in for some quality fixtures. Langwith and Constantine are both in Division 2, and if this tournament was anything to go by, we’ll be expecting some closely fought tussles between the Campus East rivals.