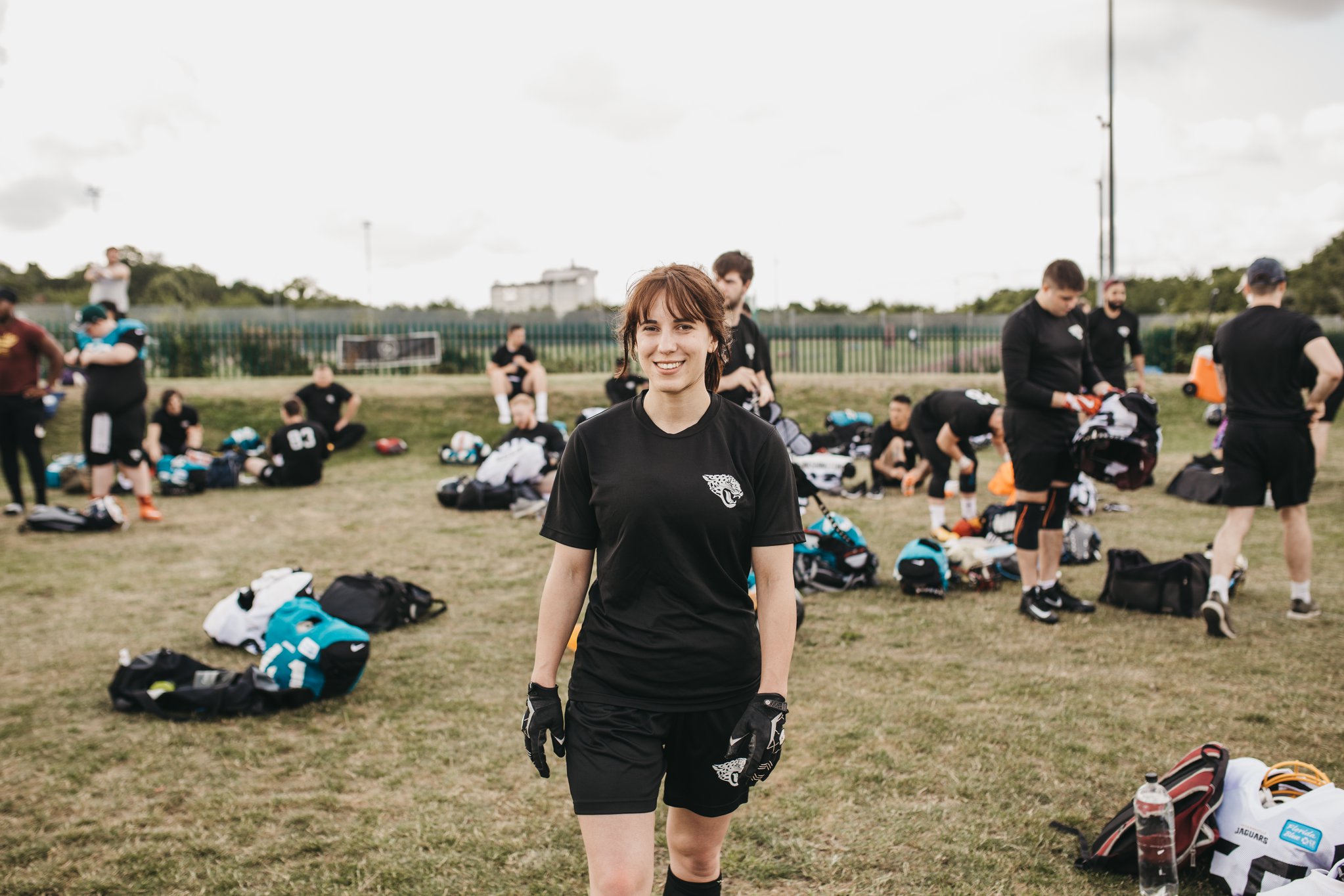 I Started American Football in my second year of university when I found out that it’s a mixed sport rather than just men’s. To be honest, I first signed up as a joke as I lost an odds on, but then decided to give it a go anyway since I followed a lot of NFL.

I was a little bit intimidated at first when I realised I was the only female who actually turned up to the first training sessions, but that feeling quickly went away. All the guys were really welcoming and funny. One of them didn’t go easy on me on one of the first exercises, which is the opposite of what I expected. That really made me feel respected and like I belonged, just like anyone else. It made me try hard and by the end I knew I wanted to be part of the team.

At first, some of the guys weren’t willing to go as hard against me, which to be honest I don’t blame them. I am a lot smaller and it must have felt weird for them to see a single girl trying to play against only big guys. I was asked to play defensive back at first which I didn’t really enjoy but once one of the coaches asked me to play linebacker things began to change.

Because I wasn’t afraid to sweat, join in with the jokes, and just go for it I gained respect pretty quickly. It was the socials that really did it. I made the effort to turn up to most of them and really put myself out there.

Also, being able to tackle a guy who is twice your size is a huge ego boost. It was great seeing the guys not hold back by the end of the year, even with other teams who recognized me by 3rd year.

At the same time I feel like it’s a lot easier to respect a girl who joined a male team as it is so unique. In that sense I feel like some of the guys had it harder to gain respect on the field as they didn’t stand out in the same way. They had to compete against each other.

American Football will most likely remain male dominated. It’s a lot easier to find a mixed team than a women’s one unless you are willing to travel far. It’s a shame as a lot of girls get intimidated by the idea of playing a contact sport with the lads so they tend to stay away from it.

I didn’t even know there were female teams until much later when I went to Jaguars camp and that was a year after I joined. I wish it was a lot more promoted.

I played linebacker. It’s a defensive role – the linebacker has to prevent the offensive team from scoring. They can do this by tackling the person who holds the football or by intercepting the ball.

Being promoted to Division 1 felt absolutely fucking amazing. Never felt more proud of the team! Finally no more Scottish division and no more 5-6 hour drives, although I will miss the drive back and all the rap battles we played to pass the time!

I hated when girls would approach me and ask how I did it and that they couldn’t do it. There is this stereotype that the guys are the ones who might push the girl away but honestly I never felt that. They are some of the loveliest people in the world and once they see that you care about the sport they don’t care what you have between your legs. You just have to show that you’re willing to be part of the team and the rest will come naturally. At least that’s how I feel.