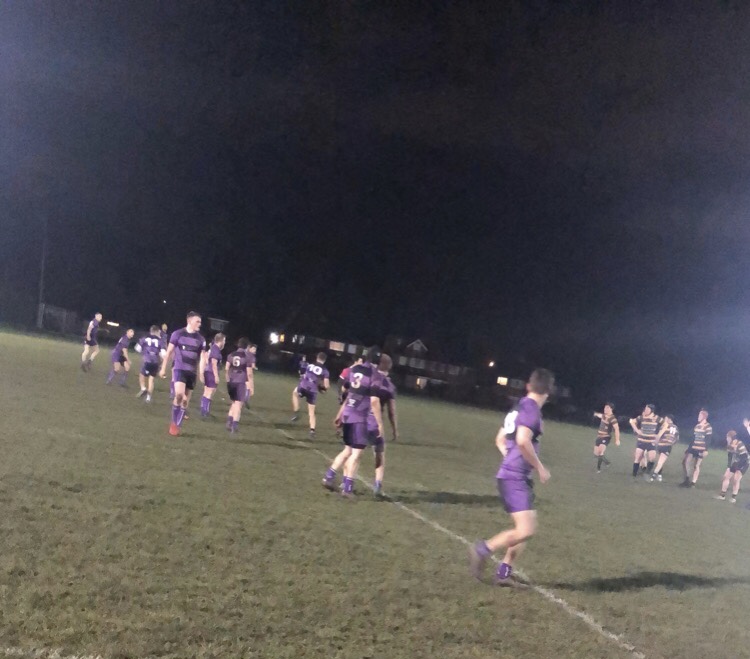 The pitch was in great condition for what would be an intense physical contest on a mild York evening. Fans turned out in droves with expectations for respective teams to perform in highly anticipated rivalry. The atmosphere was heating up as both sides wanting to claim what would be an admirable scalp.

The game kicked off at 7pm with a northerly wind blowing across the pitch. From the off, it was clear that the contest was going to be physical and played at a high level – it did not fail to meet the supportors hopes!

The match opened with Hes East scoring in the corner early on with an unsuccessful conversion from far out, making the score 5-0. Shortly after, Vanbrugh received a penalty and opted to kick for goal, but were unsuccessful. After a succession of penalties for both teams, a break was made by Hes East one-on-one with the Vanbrugh fullback, but they held down, leading to a professional foul and thus a yellow card given to the Vanbrugh number 4. Some time later, after a tug-of-war like contest with dropped balls and crunching hits by both teams, Hes East hit a hard line from a drop off pass, which led to a try under the Vanbrugh posts and made the conversion easy work. The first half finished with a hard-fought lead making the score 12-0 to Hes East, setting up an interesting second half to follow.

The second half opened with a successful penalty conversion by Hes East making the score   15-0. Emotions inevitably began to boil over at this point, and later the Vanbrugh No.4 was shown a red card by the referee, leaving Hes East with a one man advantage for the remainder of the game. Sometime later, a Hes East player was shown a yellow card for a high tackle, making it the third card given in the match and therefore proving how both teams would go to any extent to secure a victory. Hes East later scored a try in the corner, again with a successful conversion from out wide making the score 22-0. Nevertheless, Vanbrugh refused to be beaten so easily and didn’t go out without a fight – receiving the ball from their own restart and scoring their first try during a two-phase move but with an unsuccessful conversion. The score then stood at 22-5 to Hes East which would prove a mountain too high for Vanbrugh to climb, as a loose pass from the boys in purple after the restart was pounced on by Hes East, leading to a try which would be the last nail in the coffin and making victory a certainty, with time now been their only enemy. This try was converted successfully, making the score 29-5 with minutes to go.

The game ended with a dazzling try by Hes East as they covered over sixty meters to score, ultimately putting the cherry on the top of a well-earned cake. The game came to a close with the final score 36-5 to Hes East. Although seemingly one-sided, the score line did not reflect how much of a bruising and skillful game took place on a chilly evening in North Yorkshire. Both teams showed high levels of respect for one another and undoubtedly are counting down the days for the next time they lock horns.