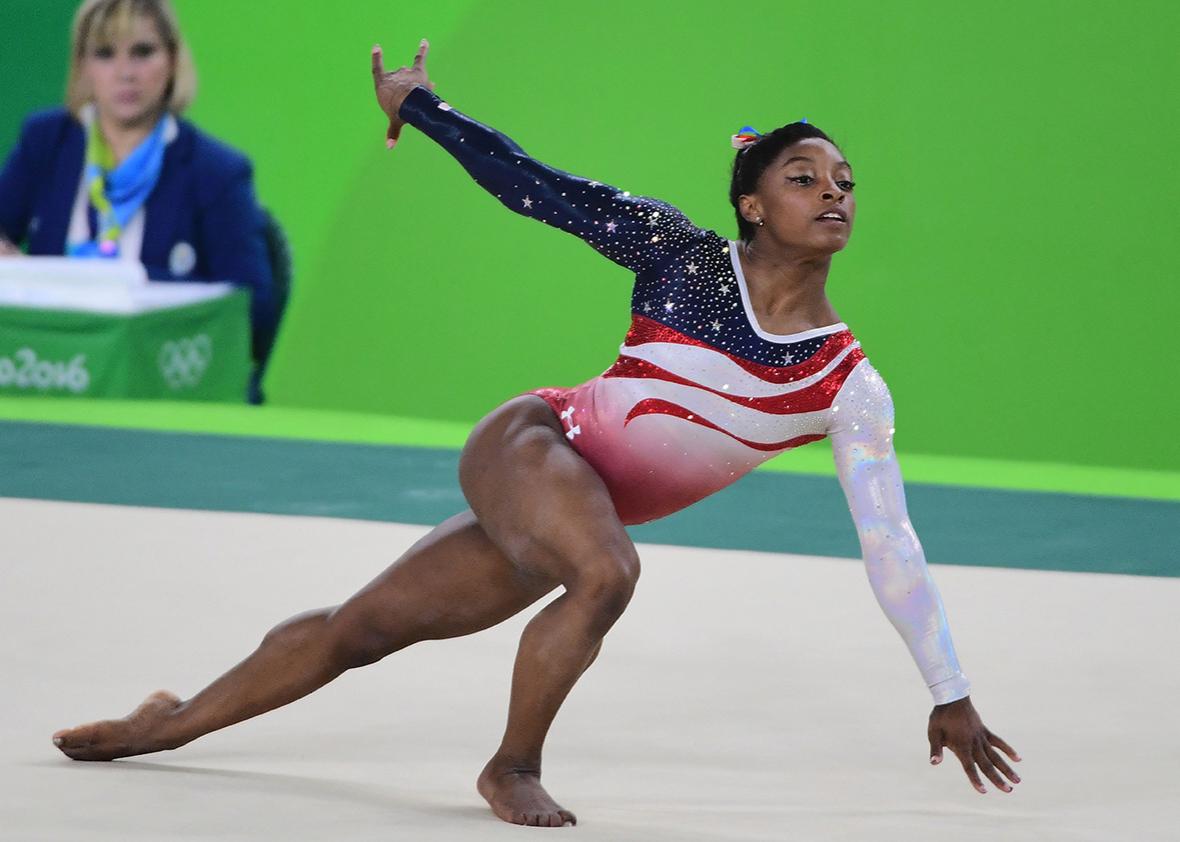 The evolution of gymnastics is highly detailed: from elements of tumbling detailed in Egyptian hieroglyphics, stone engravings from around 200BC found in China depicting acrobatics, and its use as a training mechanism for the purpose of preparing men to fight in war.

It was German-born Johann Christoph Friedrich Guts-Muths, who truly made his mark in the sport. A teacher at a philanthropist school, Guts-Muths founded a system of gymnastics which would transform the conception of the discipline from a competitive, muscle-training sport, into a thing of beauty.

Known widely as the founder of modern gymnastics, Guts-Muths released a manual in 1793, entitled Gymnastics for Youth (Gymnastik für die Jugend). The opening of his essay details the concern he held for women who endured arduous chores in perilous conditions, arguing that such labour would prepare women for the hardships of childbirth.

His sympathy for women was cut short by his use of a quote from Jean-Jacques Rousseau, a philosopher from the Enlightenment period, stating: “When the women become robust, the men will become still more so”. This archaic statement is inherently sexist; women appear “robust”, until they are inevitably diminished by the superior strength of men.

Watching the 2016 Olympics in Rio de Janiero, and eagerly anticipating the gymnastics, I realised just how sexist the sport can be. I remember watching the discipline since I was very young: the remarkable demonstration of bodily control and balance kept my attention fixated on the screen.

Yet, in 2016, it was the artificiality of female routines within the sport that diminished the value of the gymnastic elements; the winking, dancing, and flirtatious floor routines prevailed over the testament of sheer bodily power.

Guts-Muths’ ideology, which at the time was considered ground-breaking in the realm of physical education, separated gymnastics into two distinguished categories: a demonstration of strength, and a display of beauty. The latter prevailed in the female gymnastics in 2016, and unfortunately, it was all the camera angles could focus on.

Yet, the first instance of sexualisation occurs before the female gymnasts even begin their routines. The make-up, coupled with the bedazzled, and rather revealing costumes, is something you are unlikely to see in other sports. A female sprinter competing in the Olympic Games wears a plain top, with plain shorts, which will commonly display the colours of their country’s flag. Nothing too fancy. So, why is it that in gymnastics we witness all the sparkle, the glitz, and the glamour? To young girls, who may be watching their sporting heroes, and role models, this essentially tells them that women must look good whilst doing their job.

From looking pretty, to appearing sexy, female floor routines are all too often portrayed as an exhibit of sexual prowess. Floor is one out of two events (the other being the Vault), in which both men and women compete. Men are given a score based on the requirement that they perform more strength-enduring skills, such as tumbling passes, which can often be followed by a static handstand, displaying control, and core strength. On the other hand, female gymnasts are required to perform a more artistic routine whereby, unlike their male counterparts, they dance to music.

Although tumbling and somersaults are still a requirement, the focus remains on their efforts of telling a story through their dance moves and facial expressions. Men often hurry their routines, after all they are only given 70 seconds in which to fit as many elements in as possible. Women can be seen performing slower movements, which is permitted since the rules allow them 90 seconds for their routine. In those extra 20 seconds, what is expected of the female gymnast? Is it all the smiling? Is it the emotion they have to express in connection with their chosen song? Is it the sometimes seductive choreography, which is a requirement for women, but not for men? Women need to include that special something, as if gymnastic elements alone were not sufficient.

As quoted from the USA Gymnastics website, “The International Gymnastics Federation’s (FIG) scoring system for men’s and women’s gymnastics, instituted in January 2006 and updated for the 2009-12 quadrennium, incorporates credit for the routine’s content, difficulty and execution, as well as artistry for the women.” Why is it, in the 21st century, we marvel at the strength of male gymnasts, yet view the floor routine of female gymnasts to be a source of artistic entertainment?

This is not to say that artistry should not exist within gymnastics, but rather that such a scoring category should apply to both men and women alike. Instead of rejecting Guts-Muths’ distinction of the two types of gymnastics, the sport should combine them: the inherent display of strength that has always existed within the discipline, alongside the protruding beauty, and elegance of more modern gymnastic elements.

Indeed, female athletes in any sport should not be scored on their appearance, but on their power, as an athlete and as a woman, a power which for many years has been suppressed.

Gymnastics should see the force of female gymnasts celebrated, to teach younger girls that as a woman, beauty lies in strength.