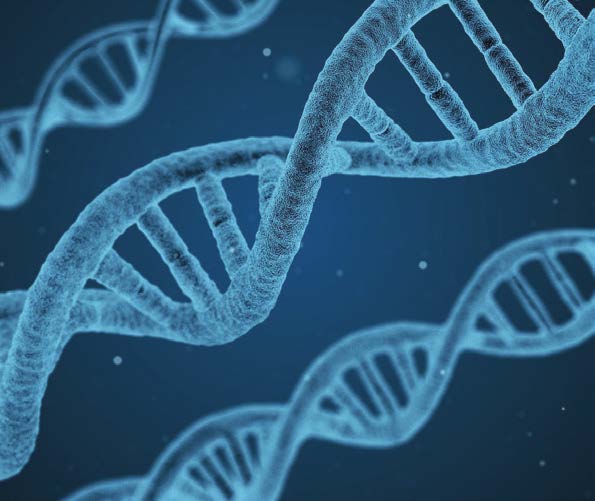 Living with the cancer gene affects your life in countless ways, but early testing can help manage the risk.

Inheriting a faulty BRCA1 or BRCA2 gene is life altering, even if you don’t develop cancer. With these genes, the risk of developing breast, prostate, and ovarian cancers increase significantly. This increases the need for preventative treatments.

If just one of your parents has it, there is a 50% chance it has been passed onto you. According to the National Cancer Institute, 72% of women who inherit the mutated BRCA1 gene and 69% of women who inherit a harmful BRCA2 gene will develop breast cancer before the age of 80. These chances impact the lives of those who have inherited the gene, whether they have developed cancer yet or not.

The faulty genes in question are the ones that actively fight against cancerous cells from forming, through correcting DNA damage that occurs naturally as cells divide. Without these healthy genes, cells can begin to grow at an abnormal rate, making this the most common cause of hereditary breast cancer.

This leaves people who may have inherited the gene with some important decisions, starting from whether to be tested for the gene, to choosing to go through major preventative treatments.

The first and arguably the biggest hurdle, is asking to be tested. The NHS only tests those who present strong evidence of having the gene in their family history; this can include having a parent or sibling who are confirmed to have the gene, or a high volume of family members who have developed breast, ovarian, or prostate cancer at relatively young ages.

If you are young, you can only do so much if your test comes back positive. You may be too young to undergo any of the surgery, which at this stage in medicine is unfortunately the entire removal of the breasts and ovaries, or prostate glands. These are all serious surgeries that require extensive recovery periods. The pressure of making such life-altering decisions can not be underestimated.

The removal of the breasts is the biggest of the three surgeries, with it taking up to a few months to feel “back to normal”. A mastectomy can impact your mental health and body self esteem. Thankfully, the NHS do offer a reconstruction surgery but their abilities are limited.

Surgically removing the prostate gland also has negative impacts on the body; according to the NHS website, only 12% of men who had undergone the surgery within the last six months stated they could achieve an erection during intercourse.

Being tested and finding out you can’t do anything about the ticking time bomb inside of you is an unnecessary mental toll. Yes, there are some benefits to knowing you have it, with the main one being you can keep a closer eye to signs of cancer developing. But if you can’t do anything for at least the next ten years, is it worth the constant worry?

All of this tends to mean young people do not choose to get treatments, or tested, until a later stage in life. This doesn’t mean that there are no active precautions to take. For example, in regards to female contraception, GPs will limit the range of birth control for you, as contraception containing oestrogen has been linked to breast cancer in women.

The whole process of deciding to be tested, and the steps after, can be mentally and physically exhausting. The drive to put your body and mind through the surgeries and mental stress is driven only by a survival instinct – to avoid cancer.

Despite the difficulties in discovering the mutation in your genetic history, finding out you may have the gene before developing cancer is a lifeline. You have the opportunity to avoid everything cancer brings, from losing your hair, to death.