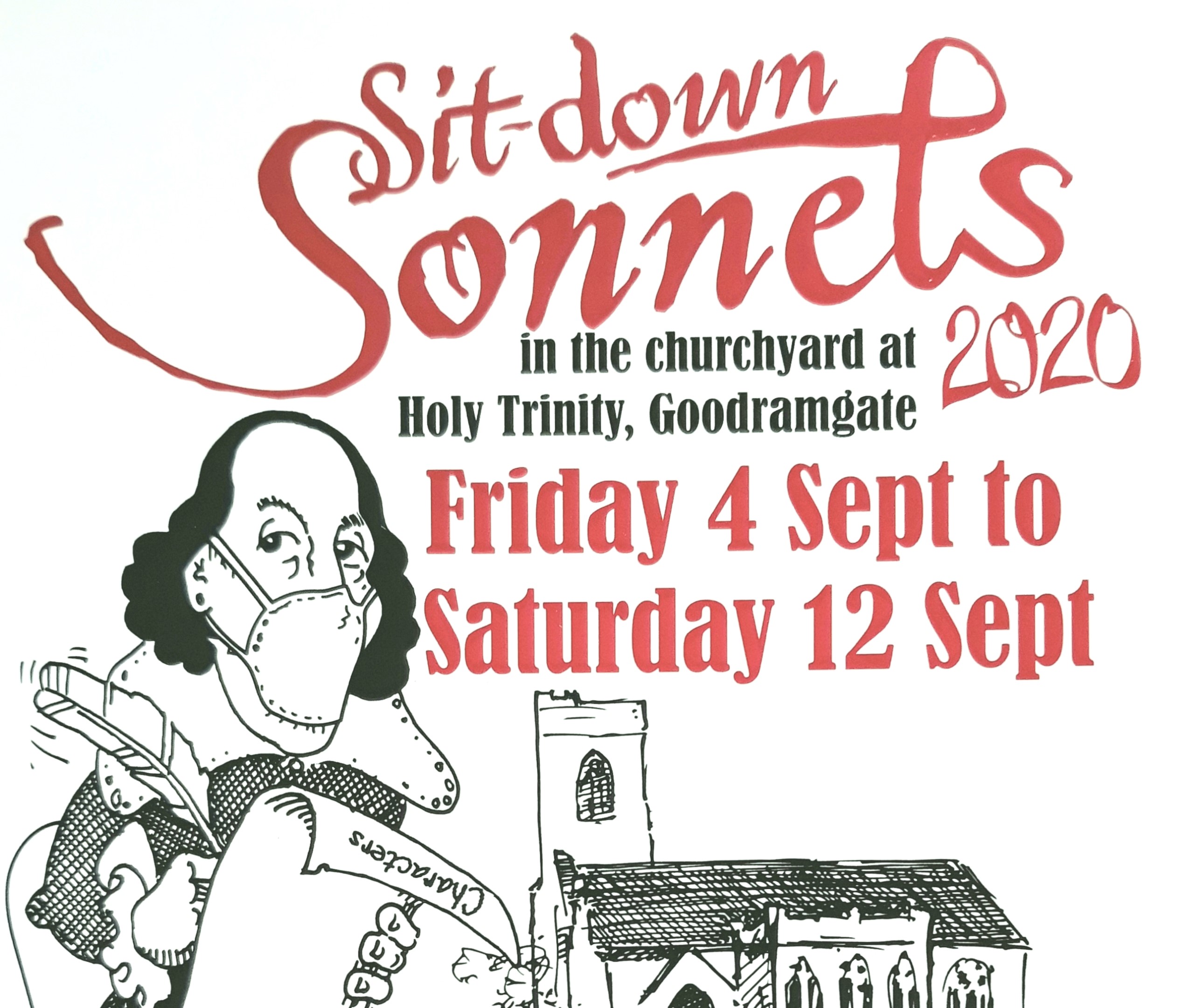 The York Shakespeare Project will be hosting their new production ‘Sit-Down Sonnets’, from 4-12 September at Holy Trinity Churchyard, Goodramgate. The 45-minute-long outdoors production will feature classic characters from Shakespeare’s plays and reimagine them in the context of the pandemic, each sharing a sonnet as part of their monologue.

In conversation with Vision, director Mick Taylor described the production as a mixture of “both pathos and humour”. The show asks questions such as: How can Brutus kill Caesar when all the senate meetings are on Zoom? Where can Romeo get his fateful poison if the apothecary’s on furlough? And how much hand sanitiser will Lady Macbeth get through?

“The format is that a group of characters talk directly to the audience about their own experience of the last few months,” Mick explained. “So a key health care worker is grateful that people came out and gave her applause on Thursday nights, but what she really wants is a pay rise! Oh, and she just happens to be the Nurse who looks after Juliet in that play by Shakespeare”.

Mick also emphasised that the company will be prioritising the audience’s safety, with “social distancing and hygiene regimes”. He hopes that the audience will benefit from being part of a group with a “common interest in the human condition that has to deal with life, death and all that comes between those two states”. After all, Shakespeare himself was writing during a pandemic – between 1603 and 1613, the theatres were closed to a total of over 6 years due to the bubonic plague!

The York Shakespeare Project, established in 2001, are better known for their ‘Sonnet Walks’ – guided Shakespeare-themed tours of York – and their ambitious 20-year goal to produce all of Shakespeare’s known plays by 2021. ‘Sit-Down Sonnets’ is their first production since their Macbeth was postponed due to lockdown. Committee member Tony Froud says, “We were obviously very disappointed to have to postpone Macbeth…[but] we hope that people will be able to join us for what should be a fun and unique performance, and a long-overdue chance to watch live theatre.”

The production is conceived and directed by Mick Taylor and produced by Maurice Crichton. Tickets are available online from York Theatre Royal Box Office, and cost £7 for adults, £4 for 14-17 year-olds, and are free for two under-14s per adult. Performances are at 5:45pm and 7pm, with afternoon matinees at 4:15pm on Saturdays.