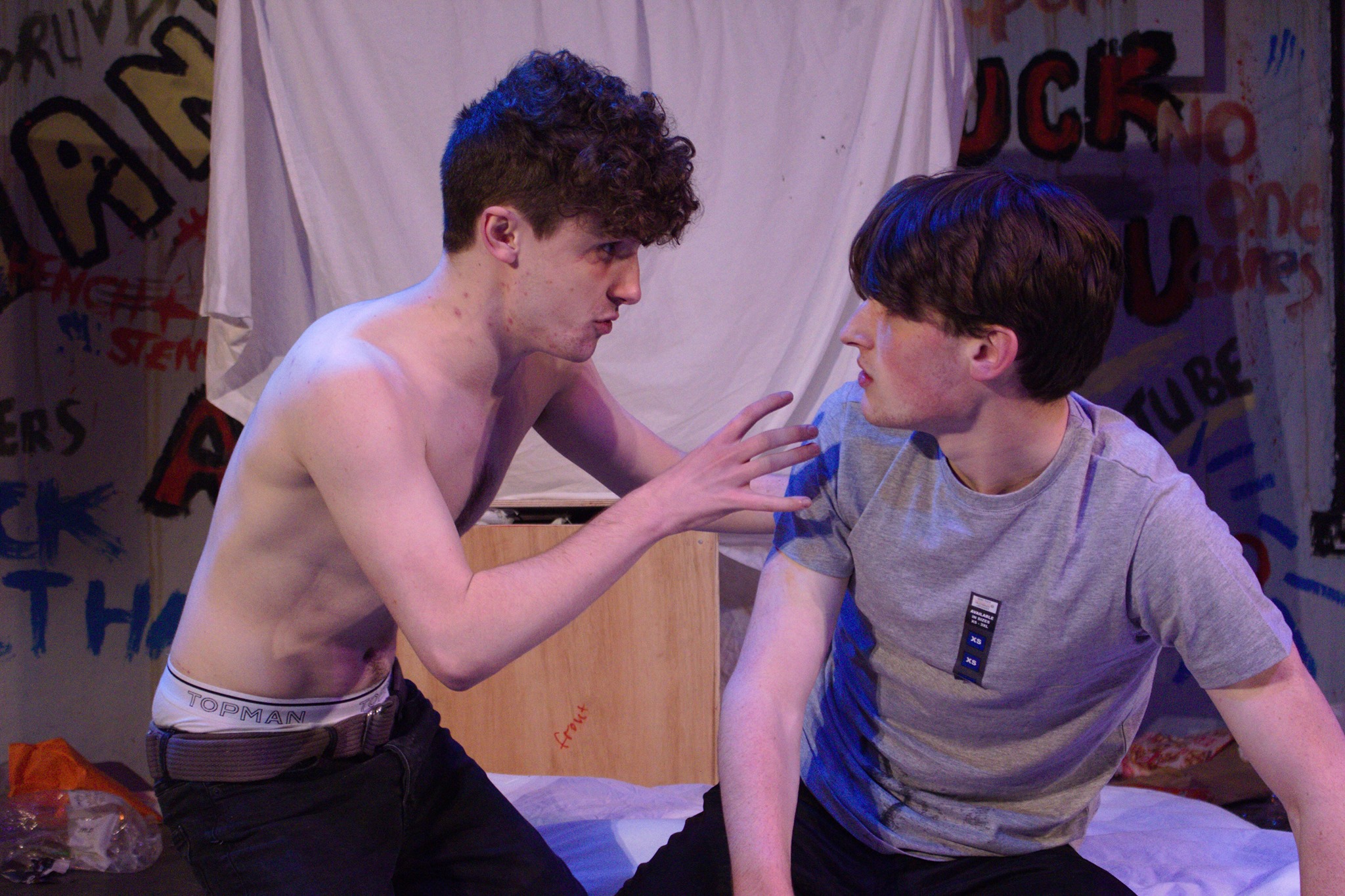 The compelling story of two brothers (Bobbie and Hench), their abusive mother (Maggie) and a catastrophic failure of romance (between Jennifer and Hench) has left me with a bad taste in my mouth – but one that I know will be remedied soon.

Gritty, realistic dialogue is given a sombre undertone by the story, harmonized viscerally by a cast of emotive actors that nourish the characters with moments of hilarious dark humour, cheerless alcoholism or the thoughtless void of depression, abandonment, and isolation. But at its core, Yen feels like a play that is trying to say a lot but fails to flesh out the correct themes.

Sex, isolation, poverty, and a dog. One of these is not like the other, can you guess what it is? It’s a little strange that the catalyst for the story came not from the abusive familial relationship, dysfunctional individuals, or painful trauma; instead they appeared only as an aftermath of the central object of the plot, a brown dog named Taliban.

The obsession over an off–screen dog symbolises the main failure of Yen: a structurally weak story that is redeemed only by the stellar dialogue, uneven but at times spectacular acting, and ballsy attempts to tackle themes.

Yen succeeds only in the first half of the play. The characters and their relationship to the tragedies of their lives are beautifully encapsulated in the depressing isolation of poverty. But this becomes muddied by the weak attempt at a rom com in the contextually forced relationship between Hench and Jennifer. High–impact moments either age like old milk as they are excruciatingly extended well beyond their lifespan, or just fall flat from a lack of development in previous scenes.

Sex is made out to be one of the central themes of the play. However, I found this to be lacking teeth or overtly romantic in an ugly conclusion, which clashed with the gritty realism the play had previously encompassed. The way in which the forced romance between Hench and Jennifer ended was sloppy. More should have been done to contextualise Hench’s deep insecurities and lack of anger management. Moreover, the ending and heavily implied sexual assault of Jennifer really don’t do much to give him greater depth. The aftermath of this lacked any of the raw realism that made the first act so compelling as more and more dialogue was cut short by artistic scene transitions (dance movements). As a result, Jennifer’s return to Hench feels like a depressing, abusive, and sickening conclusion that was being unironically sold as they all lived happily ever after. The earlier, excruciatingly long sex scene perhaps best symbolises this lack of nuance on the subject – switching to dialogue akin to a frat house at the worst moments.

However, several moments (focused in the first act) suggest an intelligent and reflective charisma to Anna Jordan’s complex writing, where sombre realism is at the forefront: complex major or minor medical issues, the ambiguity around Bobbie’s and Hench’s respective fathers being either heroes or rapists, Hench’s violent nightmares culminating in his endless screams, the two brothers’ sexual frustration in a room littered with sexual drawings or posters and strange remarks made by Hench regarding Bobbie’s spooning of his sleeping mother. Dark humour and meaningful dialogue interlink realistically, such as why Taliban’s name was based on the colour of his skin.

It is a shame that the plot was largely misguided and didn’t successfully build on the emotional resonance that the first act held throughout. The captivating chemistry between Hench and Bobbie, played by Sam McNeil and James Melville respectively, gave the first half a wit and charm that was complemented brilliantly by meaningful moments interlinked with well executed dark humour.

When Maggie, their foul-mouthed and chavvy mother stumbles drunkenly onto their front lawn, the following scenes have a charm and depressing undertone that feels wholly authentic to the play’s message about poverty. Having personally grown up in one of the South West’s most drug-addled and depressing locales, I found these moments particularly touching, where small inklings of love shone the path through abuse, neglect and destitution. Maggie, played by Lotty Holder, has perhaps one of the bleakest arcs of the story – her melancholy, abusiveness, alcoholism, and ultimate failure as a mother is enchanting to watch and no doubt amplified by Lotty Holder’s spectacular acting.

“Tender but horrific” best describes how I felt for the first hour of this play, but I was disappointed with what came after. Nevertheless, the cast and crew have shown themselves to be capable of creating something in part beautiful – and this would have maintained if only the structure of the story were a little stronger. Ultimately, what I’ve taken away is a promising view on the York DramaSoc and the cast/crew of this production, as there were some truly ingenious, captivating, and memorable moments. Nothing took me out of that state of immersion quite like a bad ending.