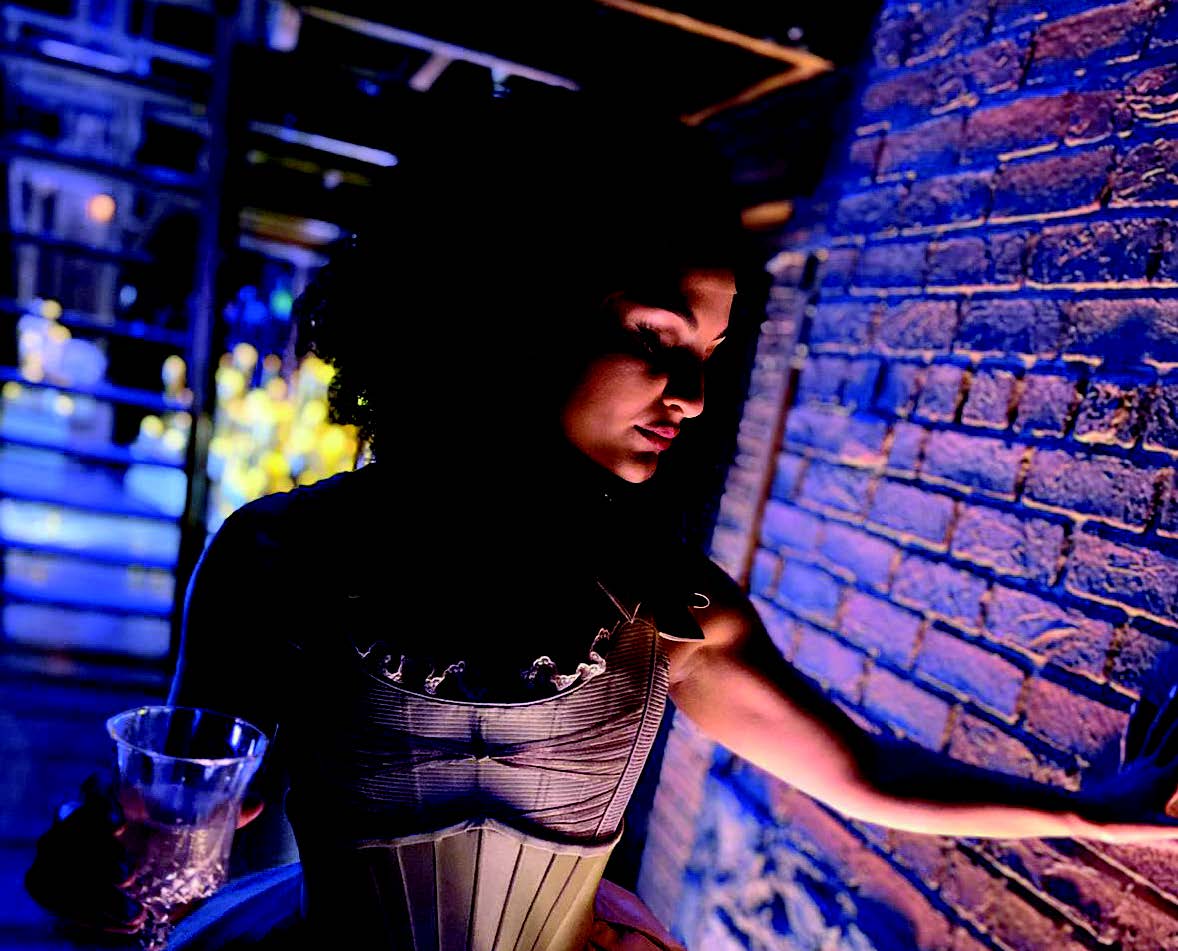 Theatres are still empty across the country, and our initial light at the end of the tunnel – the lifting of COVID-19 restrictions on June 21st, was delayed for another month. Over the past year, theatres and productions have had to adapt, making the move online in order to simply stay afloat. Part of this influx of online theatre was the addition of Hamilton to Disney+; a live recording of the stage show which starred the original American cast and reached 2.7 million households when it first aired in July 2020.

Yet there’s something so unique about the experience of live theatre that can’t possibly compare to a recording. As one of the top ten musicals on the West End, Hamilton deserves to be seen on stage, in all its raw and exhilarating glory.

Vision spoke to Natasha Leaver – who plays The Bullet in Hamilton’s West End cast – and discussed all things Hamilton, the West End, and the impact of COVID-19 on theatre more generally. “It’s an awesome show. It’s great that it’s so recognised”; a sentiment we can all agree with, as time spent discussing Hamilton is often just as enjoyable as watching it. Natasha emphasised just how much time, energy, and effort goes into making the show that brings joy to so many: “The process was really intense… I actually auditioned for the show about three times, and the third time I ended up getting it. I had about eight rounds of auditions”. Hamilton clearly takes its casting very seriously, and its rehearsals even more so, as Natasha told us that “With Hamilton, you can’t just perform how you want to perform. You can’t take away from what else is going on onstage… it has to be so on point”.

Hamilton first kicked off its incredible run in America to emphatic success, so we asked Natasha: “Would you say you felt any pressure, as a part of the British cast, to do it justice?”

“I didn’t really… The person in charge of the choreography was so meticulous about every single thing. Every single
head, every finger, every energy given to different moves.”

Hamilton’s choreography is a large part of its unique charm, and it’s safe to say the contribution of the ensemble deserves serious recognition. Natasha said that “I didn’t realise how much we were on stage… with Hamilton, the dancers, and the leads, and everyone in between, are so integral to the piece. We’re on stage constantly”.

“Another thing I didn’t realise is how every single department is responsible for creating the phenomena that it is.”

“From wardrobe, the attention to detail… the amount of lighting cues that there are… two-hundred and something… the sound and the amount that they have to do. It’s amazing to be part of something where everyone is working as hard as the people on stage to make it an incredible piece.”

Considering the number of people involved in the production and performance of Hamilton, it’s understandable how the closing of theatres across the country has had an astounding impact on the careers and lives of so many.

We spoke to Natasha in April, as the UK gradually started to come out of the third national lockdown. Naturally, we asked how she had been during this latest lockdown, and if she knew anything regarding theatres reopening after June 21st.

“I feel like this one has been really rough. I feel like in the other ones I’ve managed to stay motivated and focused on the end goal, because I felt like there was an end goal… In terms of my actual career and stuff, I feel like I’m in a bit of a rut right now and I don’t really know what the next step is.”

Natasha pointed out that due to the pandemic, theatre auditions aren’t happening in the same way or on the same scale, resulting in many performers facing more uncertainties than ever. Not only have theatres had to adapt to
the pandemic, but performers too: “I absolutely adore theatre… but theatre is a precarious and unstable job at the best of times… I’m kind of just preparing myself more for if I get tv and film auditions… I don’t know what the future has in store but that’s where I’m angling myself”.

Whilst none of us know exactly what the future holds, one thing we can be certain of is this: at some point, be it in the near or distant future, theatres will reopen. Hamilton is a show that will be all too ready for when they do, as Natasha
told us:

“They want to reopen as soon as possible… Cameron Mackintosh, our producer, refuses to open our show until social distancing is abolished. The Government will only give the theatres one week’s notice… Obviously theatres can’t run with a week’s notice. The cast are probably going to have a full 4-6 week rehearsal period… There’ll definitely need to be some gaps filled”.

Whilst Hamilton definitely has a rocky road ahead, regardless of when they reopen fans across the country will be ready to grab a ticket as soon as they can. Just you wait.