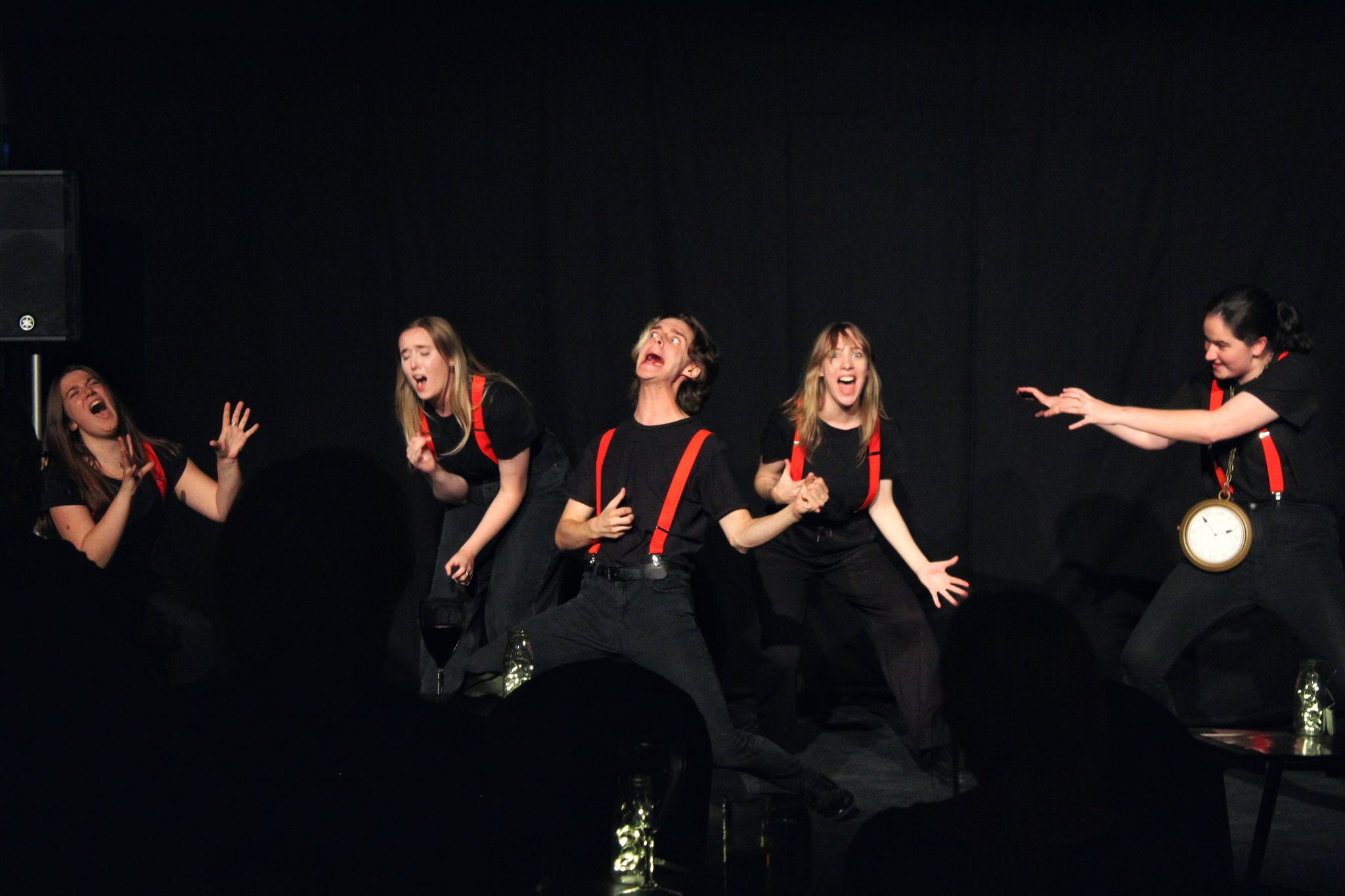 Founded in 2019, ‘The Dead Ducks’ are the University of York’s resident sketch comedy group. The 3rd generation of the troupe wrapped up their cross country, 11 day show ‘The Dead Ducks: Ducks out of Water’ at York’s Theatre41.

You only need to catch a snippet of their material to see that the cast of ‘The Dead Ducks’ are talented performers and sketch comedy writers. Each sketch performed carries a host of comedic influence, from the familiar jovial wit of Monty Python’s Flying Circus and Saturday Night Live to the quirky satirical bite of In Living Colour. With diverse vignettes ranging from phraseology, grammar, and literature to children’s television, cyber security, and giraffes.

Beyond just topic, the theme of variety extended to the performance of each sketch, with some being delivered with deadpan sincerity and others, controlled chaos.

Every sketch was received by the full theatre with rapturous applause and audible laughter; moreover, I suspect that if the audience could, they certainly would have duplicated the two five-star reviews previously received by The Dead Ducks at the 2019 Edinburgh Fringe.

Following the hilarious performance, I got to sit down and speak with the Dead Ducks to discuss everything from ComedySoc and the tour, to inspirations and the effects of Covid-19 on student comedy. Rohan Asher (President and producer), Emily Brightly (director), and cast: William Osbon, Gwenllian Davies, Tegan Steward, Verity Best, Jasmin Clarke, all joined me for the brief interview.

So, your most recent tour (of which this is the last date) has seen you perform at the Camden Fringe, as well as other dates across the country, how did you find the experience?

William: ‘It went beautifully, experiences like these are rare and especially when you get to do it in like lovely tight knit groups like these, I mean we’ve spent like a year together just learning everyone’s ins and outs and really getting close so it’s just really nice to go do something like this … it’s been an amazing time’

Tegan: ‘It was rather fantastic; we’re so lucky to be able to do this’

Emily: ‘Thanks to Covid it’s has been a whirlwind, but I wouldn’t change it for anything’

How did Covid 19 impact rehearsals, preparations for the tour, and the tour itself?

Rohan: `We pride ourselves on being one of the most active societies in the university, but Covid affected the society massively; however, we kept working online … We held online auditions during lockdown and the writers kept going’

As sketch comedians, are there any notable influences that drew you to comedy?

Emily: ‘Rowan Atkinson, Floodlights, Fry and Laurie, Not the Nine O’clock News, that whole era of comedy really inspired me; it’s what I watched growing up and it’s what I still re-watch now … it influences a lot of my writing’

Gwenllian: ‘The one thing that actually inspired me to get involved in comedy was [The] Marvellous Mrs. Maisel, the TV show. Before that I didn’t think I was funny, but it inspired me to take the leap and try comedy’

Jasmine: ‘I came from a drama background, but my main comedy inspiration is Horrible Histories, I bloody love that show’

William: ‘Genre bending material to see how far it could go; Jim Carrey, Andy Kaufman, Noel Fielding … they all push the medium to a whole different level’

Tegan: ‘Vine has also been a huge influence; it was a real generational milestone for creativity in young people’

How have ComedySoc and performance opportunities like the Dead Ducks impacted your university experience and would you recommend ComedySoc to freshers?

Rohan: ‘Yes, even if you have a vague interest in comedy. We’re very open, just watch at first or come to a workshop; see what we’re doing and see if you like it, simple!’

Jasmine: ‘I think comedy is one of those things you don’t realise you want to do it until you try it, so yes come to York and do ComedySoc’

Emily: ‘Being a member of ComedySoc has been the highlight of my university career and there are so many aspects to it; if you don’t like one, you can just try another but if you’re anything like me you’re going to fall in love with every aspect of ComedySoc and you’ll meet some great people’

William: ‘The best thing about the society is everyone’s coming from a different perspective; it’s different people writing different stuff because they are inspired differently’

How can interested freshers and other budding student comedians get involved with ComedySoc?

What is the future for the Dead Ducks, can readers look forward to seeing you perform on campus or locally any time soon?

Rohan: ‘We plan to return to weekly live performances and workshops; workshops are always free to ComedySoc non-members … We are also hopeful that The Dead Ducks will back at the Edinburgh fringe next year’