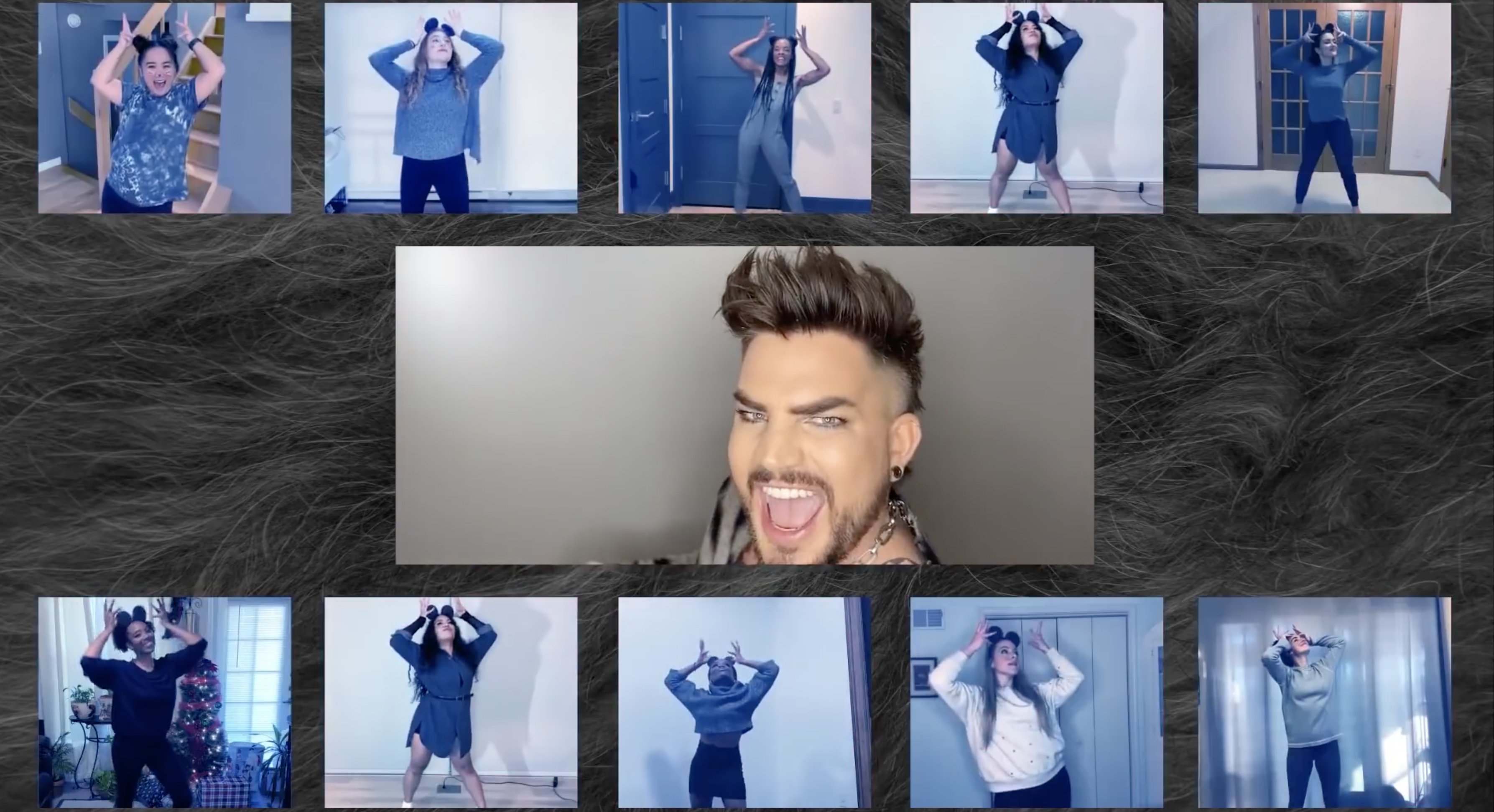 York Vision‘s Co-Editors sat down to watch Ratatousical, and here are their disturbing thoughts.

Ratatousical is a musical birthed from the imagination of bored TikTokers, originally taking the format of viral one minute videos of Americans playing dress up. These videos went viral for a reason: they were organic, funny, and informal, which the producers of the Ratatousical clearly failed to appreciate.

What started as the humble millennial drawing whiskers on their face, became a team of producers scrambling to cast the most famous people up for the job, ruining the musical’s crowdsourced formation, and rejecting the opportunity to help the TikTok creators enter the industry. Yes, there was a quick speech at the beginning by the two individuals responsible for the meme in the first place, but that was it. None of the stars of the viral content were cast as principal roles, which is hypocritical when put against the pleas for donations to the Actors Fund, a charity to help out-of-work talent.

Disappointingly, they opted for celebrities who failed to embody their rodent personas, with some stars putting in no effort to pretend they wanted to do it.

The biggest crime was casting Adam Lambert as Emile, the rat-brother of Remy, our beloved plague-ridden protagonist. Lambert, despite all his talents, is not good at being a rat, especially a rat that is meant to be an overweight half-wit. Instead, he decided to play Emile as a sexy e-boy you dread to walk past by your local community centre, dragging the viewer away from the playful rodent energy set rather successfully by Tituss Burgess as Remy, and Wayne Brady as the rodent patriarch, Django.

Burgess, although better than Lambert because he wore appropriate clothing, did not portray Remy as the spunky, impulsive, sewer rat that he is. Instead, Remy became a character that pleaded for sympathy with an exaggerated down-turned mouth and a squeaky voice, making us wonder how this rat simply just didn’t die when faced with any sort of problem. This style is much more suited to a younger audience, preferably an actor’s group that visits your primary school to put on puppet shows.

Although, whoever thought to cast Andrew Barth Feldmen were on the right kind of drugs that night. Feldmen looks horrifically similar to Alfredo Linguini, our human counterpart, to the extent that whenever he was on screen, I was not listening to him; I was too busy wondering how he got the original Pixar film producers to morph the animated character off his face. Would one take this as a compliment, knowing that a face identical to yours represents a hopeless sad cook who can be made into a rat’s bitch? Probably not, but I would recommend watching this musical if you want to engage in the same internal monologue.

All of the acting involved felt unnatural, and, at risk of oversimplification, silly. The TikTokers who helped start the trend would have been miles more entertaining, and humble, especially as these are the people used to acting alone in front of their phone camera, whilst the professional actors clearly found the experience uncomfortable. This was without a doubt, the musical’s biggest failing.

The countdown began at 60, and the hush descended. The closest I have felt to the electrifying fizz of the lights descending in an actual theatre, the now-infamous purple computer-screen glow projected our anticipation on to the blanket.

You see, I have a confession to make: I have never seen the real Ratatouille. My family was always more Alan Bennett than Remy, more BBC than Disney, and the lurid joys of Parisian rats passed us by with the faint reluctance of primary school FOMO.

So my expectations of Ratatousical were somewhat pure and unadulterated; I was not infected by Brooke’s rabid fury as Adam Lambert impressed his sexual intensity on her childhood memories, and the raging fury of her whiskered cheeks as the actors failed to reach her expected level of commitment. While these shook Brooke’s rat-ear-headband with uncontrollable rage, I was left reticently elated in her shadow.

My experience of Ratatouille stemmed from an unfaltering stream of TikToks from my girlfriend detailing the very ins and outs of how the musical MUST be performed, down to JJ Neiman’s John Bowen-haired conductor. A constant source of joy, meeting up with Brooke again on the return to York, I was delighted to share in her reaction.

From the first bellow of the orchestra, roaring into the TikTok rallying cry with a sound now so natural that it appeared to be birthed from the earth around them, straining our cheeks with uncontrollable smiles, you had to love it.

Sharing in the utterly bizarre and confusing split screens of Titus Andromedon (don’t tell me that was the actor, not his Unbreakable Kimmy Schmidt character – I don’t believe you) running on the spot through a poorly fitting Zoom background, to the sheer elation of seeing the original creators appear to claim the pure chaotic evil they created, Ratatousical distilled the laughter we missed out on over the last year into one hour.

Directed by the amazing talent of Six’s Lucy Moss, the musical still retains the shallowness that makes it so perfect and fresh behind the stunning tunes.

The hard work put in – from Adam Lambert’s LGBTQ representation in Remy’s brother, to some truly impressive tap dancing – was joyously undermined by poorly draw moustaches, snuffling, and jump cuts to Zoom seminars of snarling rats. It was delicious in its charming nonsense, and perfectly brought together the memories of laughing over TikToks in the middle of the night.

Even stilted song-bridging conversations where we are told “excuse moi, it is not stealing … if no one wants it” by an eyelash-batting, overtly condescending Lambert could not overshadow the total confusion as characters were for some reason tripled, and each actor made their best effort to ensure their cameo was truly unforgettable. There was the whipping off of multi-layered scarves, the names of news channels sang in full opera, and eyebrows that spasmed in extravagant overzealousness. Almost as if you were watching a show your five year old sister was putting on with her toddler pals, it was not something that you would mark on achievement, but rather the effort put in.

At the end, even the most envious critics would melt, with the original creators joining the stars and trumpets piercing your cheeks with the premonition of tears. As Emily Jacobson, the unwitting starting point, said: “that was … a lot”. It really was, and I was so glad for it.

Oh, and they raised more than $2 million for the Actors Fund. Not bad, I guess.