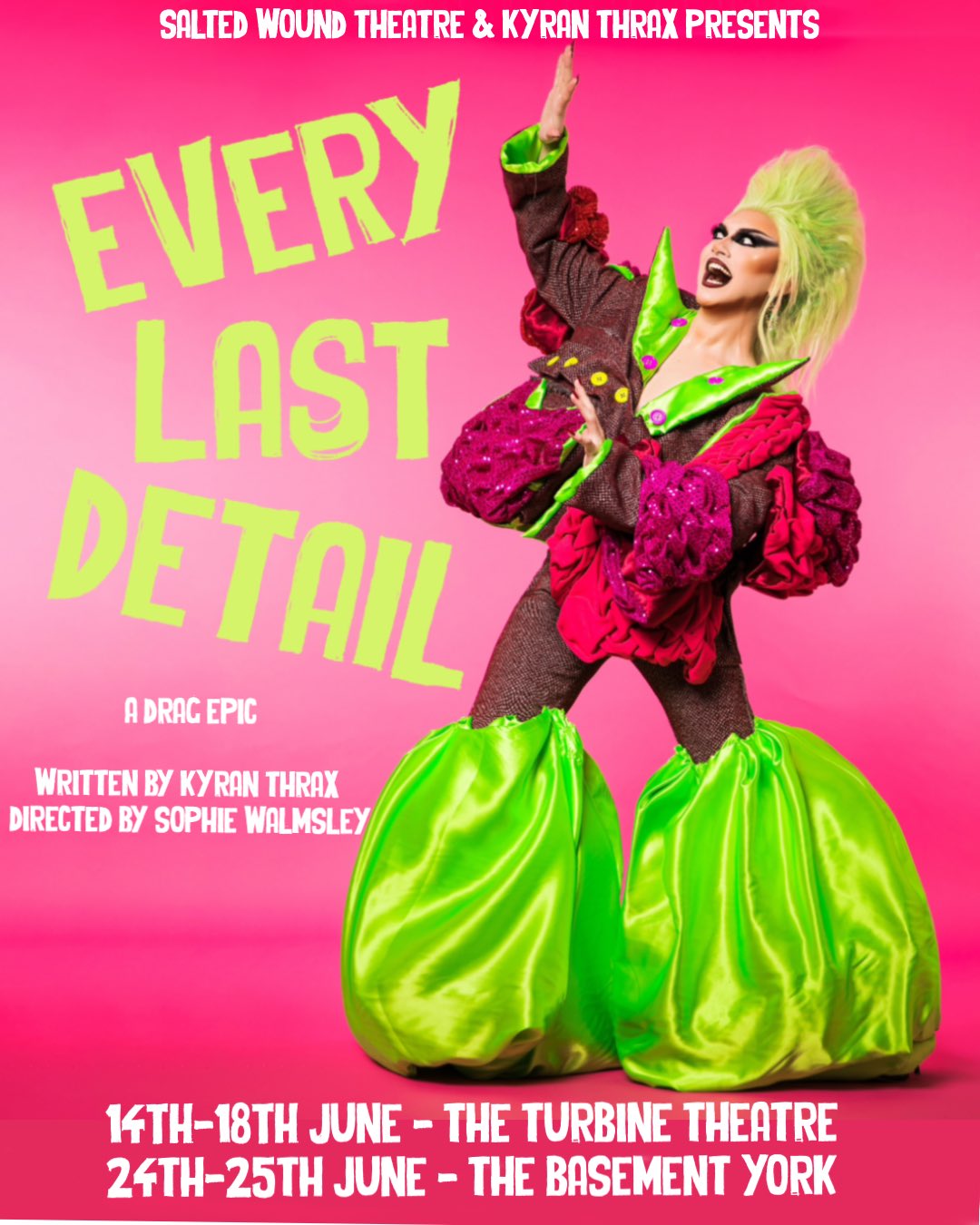 Presented by Salted Wound Theatre and directed by Sophie Walmsley, Every Last Detail explores the life of a young drag queen discovering her identity.

Described by producer Poppy King as “wonderful, bizarre, and camp”, this is the first time the show has been performed outside of London…and they delivered.

The show was performed in the basement of City Screen. There was a cozy atmosphere with tables and chairs level to the stage, allowing for the actors to come eye to eye with the crowd, interacting directly with them.

The performance begins as Kyran searches for the reason she became a drag queen, asking members of the audience for the answer.

Kyran’s ability to command the audience is impressive. Her monologues make us feel privileged to the inner workings of her mind, while her quick reprimands remind us that we are merely people sat watching in awe.

Kyran finds the perfect balance between humour and aggression to remind the audience of where they stand in the narrative.

Through performance, Kyran explores their experience of Catholic secondary school and their first job, questioning whether these experiences made her become a drag queen.

Kyran looks back at their teenage years as a queer individual, asking whether sexual encounters with people of the same sex made them become a drag queen.

In the final segment of the performance, we see the tough exterior of Kyran’s character begin to crumble. Kyran talks tenderly about their relationship with their mum, as well as the horrific abuse they received from a partner.

As well as some incredible choreography and costumes, this show benefits from Kyran’s impressive vocals.

Kyran explores drag as an art form, embracing all its influences instead of searching for the cause of its creation.

Every Last Detail brings drag performance and theatre together in a way that lends to a powerful yet delicate portrayal of sexuality and gender expression.

“Blisters, bunions, rashes and cuts. You should see where she stuffs her nuts…” Tickets for Every Last Detail are still available for Saturday 25 June, doors open at 8pm at York City Screen.