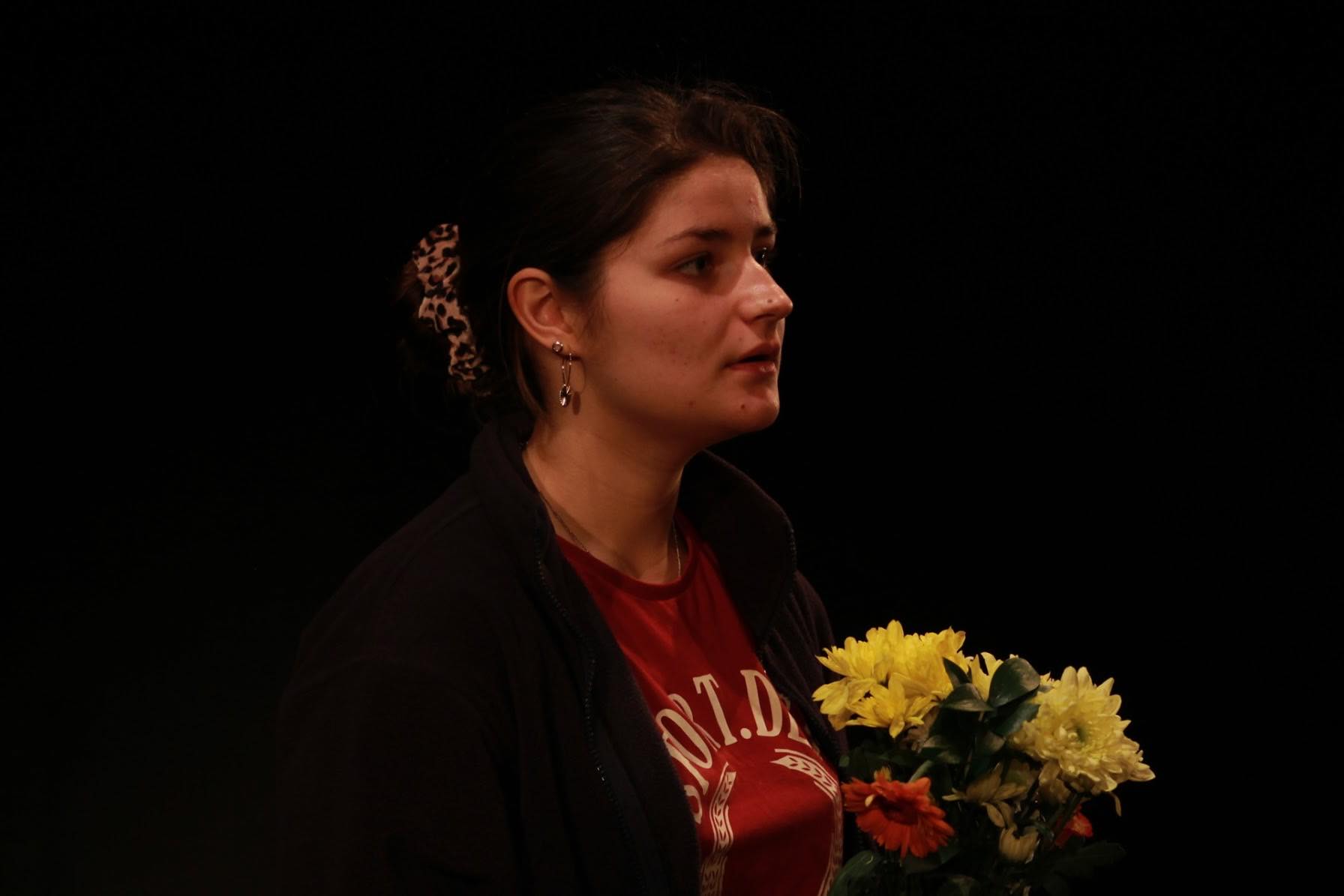 How intimate was DramaSoc’s ODN night of week four! Gabriella Turno’s gently, quietly, lovingly gathered on stage three characters: a daughter who returns home after six years, her mother, and her cousin.

We don’t know their names, we don’t know where is home exactly, we don’t know what they do in life, we don’t know anything really about these characters. They come on stage and uncover themselves, revealing their feelings of the moment, building a very strong intimacy between them and the spectators.

It is a very intimate story indeed that is being told to us: a 23 year-old daughter comes back home in order to visit her grandfather’s tomb. She visits her cousin, recently engaged, and is welcomed by her mother, shocked to see her after all those years. gently, quietly, lovingly is the story of a heavy yet tender family reunion.

Izzie Kemal-ur-Rahim managed to show a real evolution in the role of the daughter. At first she is very lonely, a bit lost and doesn’t know where to go. Her existential questions echo more down-to-earth ones. ‘Could you tell me how to get to there?’, she asks her cousin as she arrives. What exactly is ‘there’? What is she looking for in life? She seems quite unsure of the answer herself. Her oversized jumper and the locks of hair that fall out of her neglected pony tail contribute to the illustration of her moral weariness. However, her last words to us are filled with hope and excitement to see her friends. She can hear their joyful voices and feel their warm embrace. A smile appears on the daughter’s face! It is unclear what triggered this unexpected recovery. Is it her swim in the icy sea? Is it her reconnection with her family roots?

Dean Murphy’s performance as the daughter’s mother was very powerful and the choice of casting a man to play the part was audacious and interesting but unfortunately not quite right. Dean Murphy definitely has a lot of potential in acting. His voice is deep and well settled. He has a lot of energy and a fantastic way of moving on stage – his walk is so eye-catching. It is such a shame that he had trouble controlling this energy. He jumps up and down, rubs his thighs and talks very energetically without really calming down from time to time. This prevents him from establishing all tender contact with his daughter. He just needs to learn how to soften his acting a little bit. He offered us a rocky and loving mother, just not tender enough at some times, especially at 5 a.m. when the mother and the daughter have a conversation about the grandfather’s death.

However, Eloise Oliver playing the cousin managed to help Dean Murphy to control his energy from time to time as her acting is very soft. To me she was the highlight of this performance. She managed to make my feet feel the wet sand and the freezing sea-water whilst standing still, simply talking about her entering the water. The power of evocation she managed to build was unbelievable. She was the show’s sweetness.

This was a fragile but nevertheless beautiful trio. In and out they all came, dancing a valse under our eyes. The rhythm was impressively mastered, offering a perfect equilibrium between dialogues and qualms addressed to the public, which contributed to build an intimate atmosphere in the barn. I spent the night in good company!