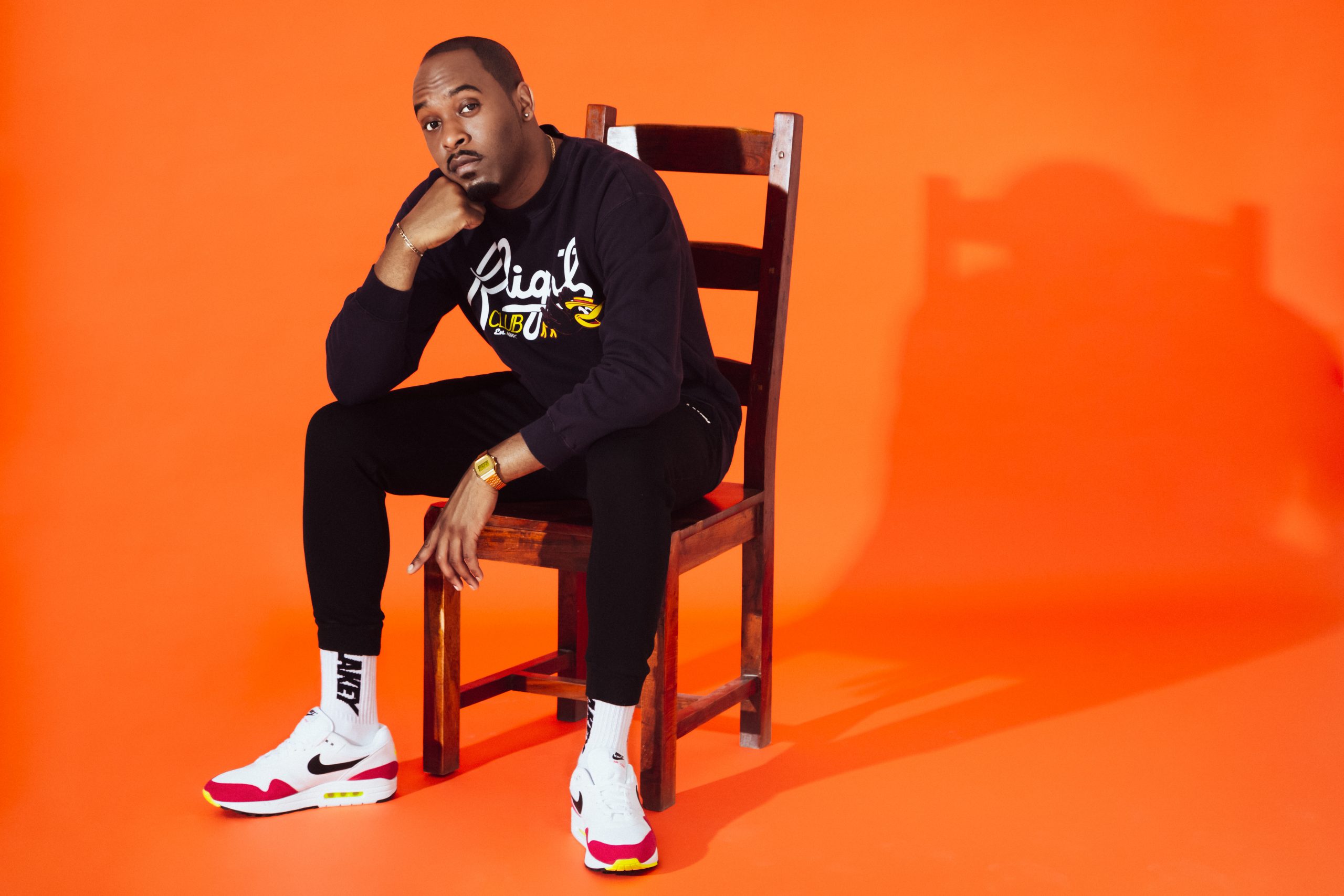 “If they were to be erased from the face of the Earth, I would be fine with that.” Dane Baptiste’s controversial and refreshingly honest comedic career continues to thrive with his rescheduled tour that couldn’t arrive at a more appropriate time.

COVID-19 has been a menace to society for endless reasons and the arts sector has been victim to its evil ways, with empty stages and silent theatres (until recently) suspending in-person entertainment. This was the case for comedian Dane Baptiste, who was forced to cancel his ‘The Chocolate Chip’ tour just two weeks into a smash hit run at London’s Soho theatre. It couldn’t have come at a worse time for Baptiste, who was just as busy with his BBC comedy BAMOUS. A provocative show which received critical acclaim and alt-right shame – much to the delight of Dane.

Proud to be continuing his trademark style, Baptiste was happy to declare that we “can expect it be [his] most unabashed and unapologetic show… I decided not to pull any punches, and to be completely unrestricted in my narrative”. And, with 9 rescheduled dates confirmed for September and October, it’s fair to say that the pandemic proved incapable of halting his momentum. The ‘social justice warlord’ is back, this time with a chip on his shoulder.

Although the pandemic brought Baptiste’s stand-up to a standstill, his natural position as a comedian is to see the brighter side of life, “it’s the first time as a comedian that you can be confident that everybody is having the same experience as you and they can relate to your experiences, which can be a rarity in comedy… You can talk about your experiences over the last year and people can definitely relate.”

Even so, in a period marked by public frustration, division, and anger, for some comedians it may be a harder time to find the comic in the catastrophic. But not for Baptiste: “I’d say for myself I’ve always been very steadfast in my material and [the] more challenging topics that I cover. So I’ve just been continuing with the programme really.” Accustomed to criticism, Baptiste embraces the ‘chip on his shoulder’, “Any of the anticipated backlash that people might expect for the kind of narrative, I’ve already anticipated it or I’ve already had it.” In fact, 2020 provided neat confirmation of the narrative Baptiste has been pursuing for years. Namely, racial inequality and abuse online offered what Baptiste called “the biggest ‘well I told you so’ for my material… Some of my observations just rang truer and resonated a lot more than they may have done previously”.

While the online world is often home to the bleaker side of interaction, it still provides a valuable voice for individuals and is regularly a platform for Baptiste’s comedic talents. In his Twitter bio, he labels himself as ‘The Woke Joker’, something he says is “subverting all of the rebuttal you get from my detractors and people from the alt-right who tend to reduce people who speak out against social injustice as ‘social justice warlords’ – it’s me, embracing what are supposed to be derogatory terms and reclaiming them for myself”. Whether he’s fighting in the trenches of Twitter as a ‘Social Justice Warlord’ or dancing with the devils as ‘The Woke Joker’ he’s pushing all the right alt-right buttons and setting off reactions that only prove his point further.

Baptiste understands the great tool and fascinating platform that Twitter can be, despite its obvious problems. “I think social media is essentially humanity holding a mirror up to its own face. The anonymity that’s allowed on the internet allows us to see the true nature of people… I don’t think it’s necessarily a good or bad thing, but it’s a thing that is now part of our human experiences. Now it’s learning how to coexist with it and how to rationalise it.” And, in concluding our digital digression, Baptiste pointed to the obvious, “I wouldn’t say social media is bad, it’s the people that are on social media that are the problem.”

Our conversation soon moved on to the online alt-right groups and anti-woke brigades of anonymous online drifters who tend to pick up topics and spout their point of view from limited, myopic perspectives. Having said that, Baptiste gets a lot of his comedic kicks from the idiocy of these individuals who tend to strengthen his arguments. I felt it fair to ask if he regarded them as important for his comedy. In true Baptiste form, like a preacher of comedic truths, the warlord went to battle and made his view clear.

“I mean, I wouldn’t say they’re important. I wouldn’t think ‘Oh dear, what have I got left if they were all to disappear tomorrow’. If they were to be erased from the face of the Earth, I would be fine with that… I think it’s more of a fact that all they do really is just provide a proof for all my theories… It’s really more about me using these people, these tools for them to kind of give them the rope to hang themselves.”

We moved on to his upcoming rescheduled tour. As you can expect, ‘The Woke Joker’ was ready to take centre stage, “I’m definitely looking forward to getting back in front of a crowd. I think, as I said, the more recent events we’ve seen globally and socially have been so in-line with a lot of my material and a lot of my body of work, so I’m very eager to provide that kind of narrative about it.” His previous ‘G.O.D’ tour explored the worldwide pursuit of wealth, power, and pleasure – and his next promises to be as aggressively socio-political as ever. In reference to the – at first glance – light-hearted tour name, Baptiste made clear that it’s “about embracing my complex of anger regarding racism and social injustice… It’s to let the audience understand that there is nothing wrong with being angry”.

Although angry, Baptiste is always prepared to make light of life, bringing amusement to the angst and hysterics to the hysteria. He summarised his stand up as “just comedy in its most simple form, tragedy plus timing”. And, though the tragedy is plain as day, so is the talent and comedic energy that Baptise holds in abundance. With BAMOUS booming, and his stand-up looming, the provocative tour de force is determined to continue to anger his detractors and entertain his audiences.

The ‘Chocolate Chip’ is back, as provocative and perceptive as ever.

‘The Chocolate Chip’ is on tour from 23 September – 29 October. Tickets for the various tour dates are available at the following link: https://danebaptiste.co.uk/#shows