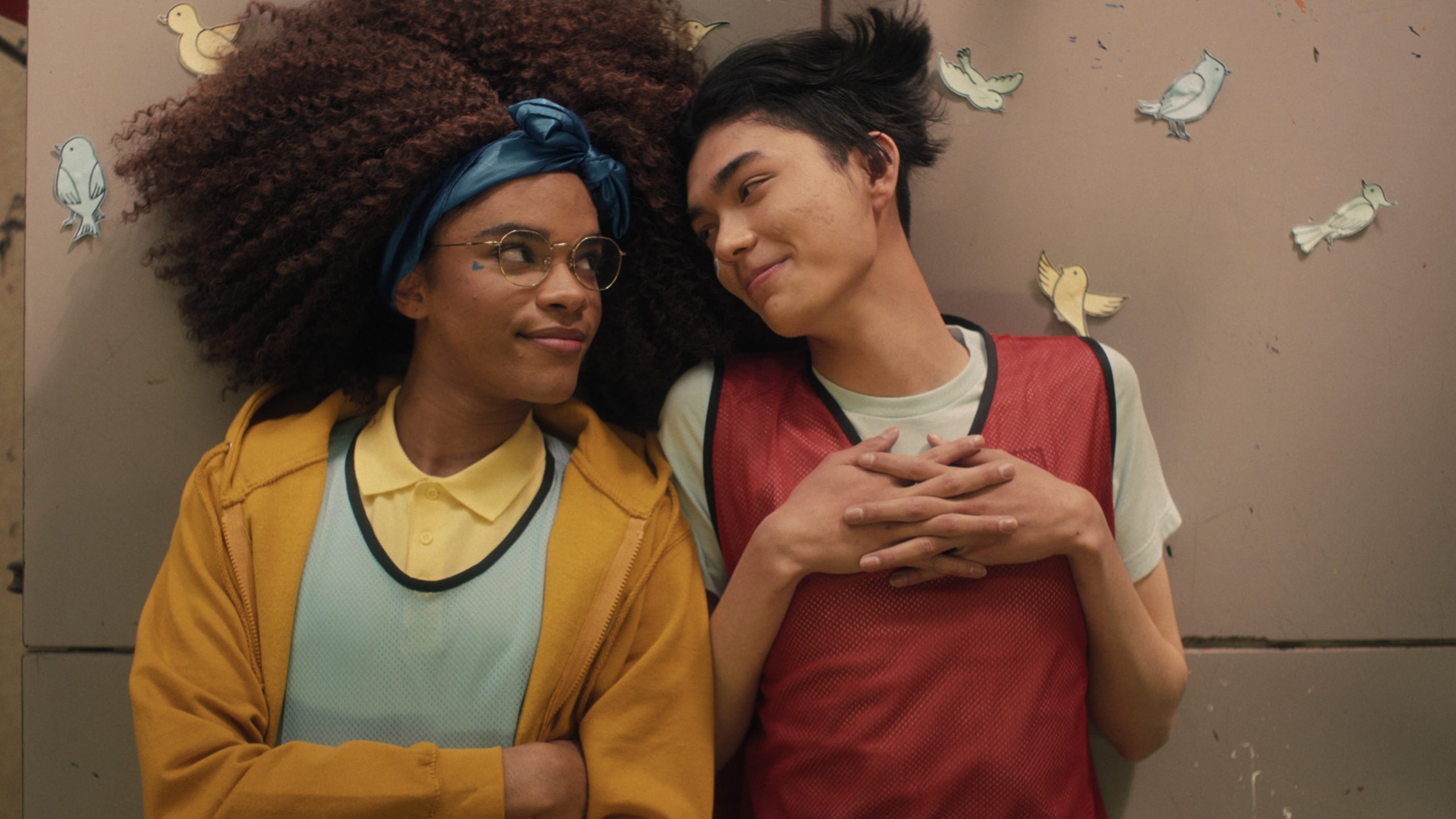 When we were kids, the only way to see The Gays™ in any way was to watch something wildly age-inappropriate (like Skins or Queer as Folk), baiting (I don’t need to see either Supernatural or Teen Wolf to know already too much about how much people wanted those white boys to be together), tokenistic (the debate is there for Glee and any other similar knock-off) or just straight-up pornography.

There were so few ways to see representation of any kind that many would scrounge for anything just to see themselves. I had so many friends watching Glee well beyond their point of interest just so they could see Santana and Britney being vaguely close to each other in the background or watching dramatically shot soft-core porn in order to see some perfectly sculpted eight-packed men kiss once. Either that or watching ‘Bury Your Gays’ media just to get a shred of representation before the character inevitably died of AIDS or something equally horrific as a perceived punishment for their mere existence. The kids of then have grown into the adults of today, and they will not stand for it any longer.

Anyone who has been on any kind of social media at all in the last few weeks has seen the new Netflix show, Heartstopper. Based on the graphic novels of the same name by Alice Oseman, Heartstopper follows the main character, the awkward and quiet Charlie Spring- a Year 10 at an all-boys school. In his breakout role, Joe Locke portrays the story of Charlie’s friends, family and moving forms, which is where he meets his desk-mate rugby lad/ golden retriever Nick Nelson. Nick is portrayed by Kit Connor, who also played young Elton John in Rocketman, the annoying little boy in Guernsey Literary and Potato Peel Pie Society, and the cute child who is constantly handcuffed to the toilets in the little-known Slaughterhouse Rulez. In the show, Connor perfectly fits the golden retriever stereotype as the audience sees him as an athletic, yet soft Year 11 who Charlie quickly crushes on, much to his slightly outcast friend’s dismay. The show follows their relationship as it develops and Nick’s crush, confusion and subsequent coming out as bisexual to Charlie, his mother, and potentially the whole school.

This show is unapologetically queer, with so many of the main characters being LGBT and near to none of the themes of the show following any of the trauma coming with these identities, instead showing unbridled joy in finding who you are and supporting others on the same journey. There is a true dedication to the cult-favourite graphic novel series, most scenes being word-for-word adaptations, and a clear dedication to the audience; there is no baiting, fetishizing or hiding away from explaining explicit sexualities – all whilst being fun and entertaining. Even the fated ‘coming out’ scene, with award-winning actress Olivia Coleman(!), has the audience knowing that all will be okay.

I would argue to say that the only bad thing about the show is how perfect and clean the school is, there are graffiti-less murals everywhere, a cafeteria which doesn’t make you ever want to look at a cheese sandwich again, an art classroom with actual equipment and a running field which isn’t taken over by either rats or Year 11s smoking weed. Even the toilets and locker rooms didn’t look like a biohazard, it wouldn’t be an exaggeration to say it pulled me out of the realism of the show. I wouldn’t even mind going back to being 15 if my school was this clean and nice, and I routinely went to school five minutes after I woke up because I wanted to be there so little.

The thing about Heartstopper is that it feels genuinely determined to show 15 and 16-year-olds being idiots, having friends they realise they don’t like and finding themselves with crushes that they don’t understand. It also covers bullying, friendships and the overall drama that comes with thousands of teenagers shoved into the same building for hours on end. There is no surprise dramatic plot, no hiding behind ambiguity or reeling along audiences to add viewership – this is just a no-nonsense teenager coming of age show. The teenage actors have skin imperfections and look the age of their characters – hair is bad, clothes are a bit cringy and there are enough ‘ur mum lol’ jokes to make you feel like you were walking through the playground of a real school and not a Netflix production.

This coming of age arch allows for many to relate, or even wish they had something remotely similar to this when they were growing up. I watched the show and then recommended it to every young person I know, whether I thought they would relate to the LGBT themes of the characters or not. This is a story that needs to be seen and deserves a platform for young people in similar positions – in the process of finding out who they are, whatever that means.

We all deserve to see ourselves on the screen, and I hope that all who watch Heartstopper will find themselves staring back at them.