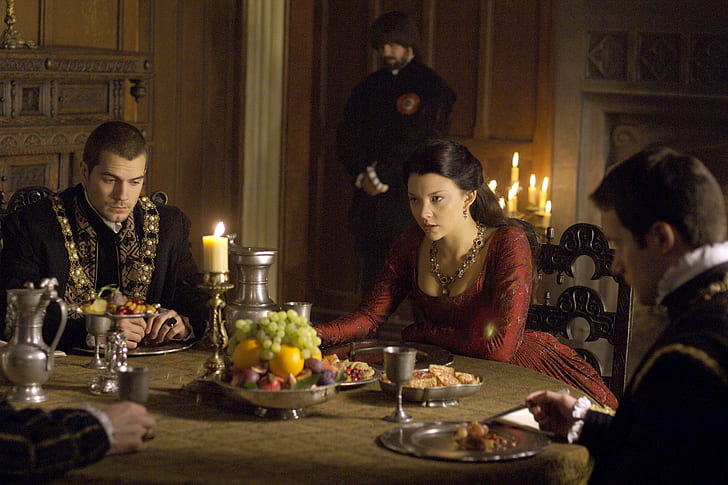 I had promised my dear friend and now former Editor of this publication I would come out of ancient student media retirement to write some TV reviews for him. Anyway, I haven’t done it and he’s not the Editor any more, but I’m currently in Covid-19 lockdown so I’m doing it now.

In a bid to review something relevant and current, I’ve been watching The Tudors on Prime Video, which hasn’t been on the telly for a decade. I appreciate that for many of you 2010 may as well have been during the reign of King Henry VIII, but eh, c’est la vie.

Basically, The Tudors was Game of Thrones back when Game of Thrones was just a vaguely dirty book series full of unnecessary feasting sequences and descriptions of people’s coats of arms that Benioff and Weiss beat off to at night. This was the progenitor of the ‘swords and tits and medieval political intrigue’ genre of binge watch series before the days of Netflix. It starred Jonathan Rhys Meyers, who was very ‘now’ for roughly some of 2007 and may be dead for all I’m aware, as everyone’s favourite drunken lecher cum monarch, King Henry VIII of England and Ireland, but not Scotland, and never Wales, but don’t get me started on that damned Government in Wales Act, lest the spirits of my ancestors rattle their chains of Saeson servitude at me from beyond the grave and call me to arms again for the land of my fathers.

On the other hand, as a historical drama, the whole thing is bollocks on a pretty grand scale. So similarly, if you’re in any way a scholar of the period, or even know more about the period than the fact the geezer killed and sacked off a load of his missuses and told the Pope to stick it, also don’t watch it, for the opposite reasons but to the same end, that watching it will cause your eyeballs to melt and fall out of your sockets like that Nazi at the end of Raiders of the Lost Ark.

In the first episode King Henry’s uncle is murdered in the first few minutes by, naturally, the French. No motivation is ever really provided for this other than as a catalyst for some good old fashioned Anglo-French tensions. Sacre bleu! Hon, hon, hon Frenchie! Come to have a go at dear old England again have we? No such event seems to have occurred and no such man seems to have existed, it’s literally as if somebody owed Sean Pertwee a few hundred quid and got him a 30 second acting gig as a payment in kind. Those of you who know your Tudor family history will know King Henry VIII had four uncles, two of them were the Princes in the Tower, and the other one was a little known illegitimate aristocrat who died in…oh look, there’s boobies on the telly again. Hang on, what was I talking about?

There’s a character early in the first season whose whole thing is he’s a prickly bastard who thinks he should be King. He’s got some sort of claim to it, supposedly. He was a real guy, but for all you can trust the history I could have a better claim to be Emperor of Japan than he had to be King of England, the point is, in the show, he’s got the claim, and he literally, never, ever, shuts up about it. He just keeps mentioning it to everyone he speaks to, and like, pretty openly talks about betraying the King, assassinating the King, how he should be King, how one day he’s going to be King.

I get it, we’re establishing he thinks he should be King, and that at some point he’s going to try and, like, do that. That’s established, that’s his arc. But Jesus, Mary and Joseph could you ever consider stopping with the banging us over the head with it.

There’s a lot of one note characterisation like this in the show and frankly, just shoddy, lazy writing. Virtually every sentence out of Sir Thomas More’s mouth begins with the phrase “Well, as a humanist…” which means something else in this context, not that he’s a former internet new atheist trying to distance himself from Richard Dawkins’ twitter tirades. Cardinal Wolsey literally stares at everyone in this indescribable way that should carry jail time and talks like a Bond villain demanding people meet with ‘an unfortunate accident’.

On the other hand, Henry Cavill does a good turn as, and I believe this is his character, ‘King Henry’s mate’. It’s a very convincing performance, I really do believe these two men are mates. See, they didn’t just make him Geralt of Rivia and bloody Superman because he’s got a pretty face.

I appreciate I’m not just here to make jokes, and many people read reviews because they actually want, you know, a review, so here it goes. The Tudors is a relic from the age where television existed as a kind of weird dream dimension which held up a mirror to all of our dirty, ugly perversions and we didn’t have to feel ashamed of it. So do you want boobs and swords and jingoism and to watch two shirtless monarchs have a wrestling match in the middle of a tent for some inexplicable reason, whilst Sir Thomas More looks on in horror?

Course you do, you filthy so and so, so ‘ave it.