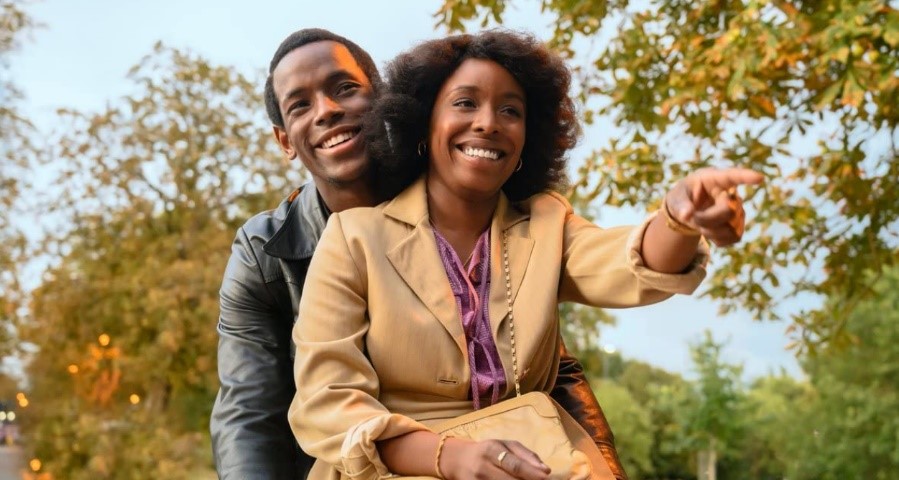 Cinema provides portals into new worlds whilst drawing timely parallels with our own. Over the last year, the unique power of cinema became more important than ever.

Boris Johnson recently announced a tentative roadmap out of lockdown and with things about to change in the near future, it seems the right time to reflect on the role – and importance – of cinema over the past 12 months. Whether revisiting timeless classics, or experiencing new releases from home, films provided an escape for many, and in difficult times, this is exactly what a lot of us needed.

Prior to the PMs announcement I had just finished Val Guest’s The Day the Earth Caught Fire (1961), a disaster film in which atomic bomb testing causes dramatic weather changes across the globe. The film opens with the streets of London, but without the expected hustle and business of ordinary life. Instead, there is silence and shots of dry, empty, desolate streets – an exposition that captured a timely sentiment at a point before the end of lockdown was in sight.

In an ambiguous ending, our lead, played by Edward Judd, proclaims the uncertainty of the apocalyptic future. He says, “if there is a future for man, insensitive as he is, proud and defiant in his pursuit of power, let him resolve to live lovingly, for he knows well how to do so”. In a remarkably prescient manner, Judd seemed to be speaking through the screen. Obviously, he wasn’t, but it began my thinking of the compelling ability that films have; they connect us to a certain moment or feeling, while simultaneously being able to remove us from it, providing a brief diversion from current difficulties through their immersive nature.

More so than ever, in 2020 this unique ability was tried and tested, particularly in the brief time that cinemas were open. Rose Glass’ chilling and claustrophobic thriller Saint Maud (2019) captured feelings of isolation and insanity, tapping into timely parallels, triggering a subconscious fear which after several months of struggle was bubbling into something conscious. In similar ways, Host (2020) captured fear with an online séance through the lens of the Zoom medium. A nightmare already in real life, Host took our virtual frustrations to supernatural levels, frightening audiences to a delightful effect. On the other side of the spectrum, Cartoon Saloon’s latest animated contribution Wolfwalkers (2020) created an enchanting tour through a uniquely crafted vision of Ireland in 1650. It provided us with a surrealistic escape into another world, thankfully so distant from our own.

From the surreal to the powerfully real, 2020 documentaries such as My Octopus Teacher and Time captured polar opposite tales of the natural world and human struggle, which at their core told stories of connection and dedication to something you love. With Time, there was a punctual presentation of racial prejudice within the American judicial system, a film intensified by the backdrop of racial hatred and protests in America. Steve McQueen reaffirmed a similar sentiment with his powerful ‘Small Axe’ anthology (2020), of which Lovers Rock was a highlight. A cultural celebration wrapped in a gentle love story powerfully asserted what people are fighting for.

Still, last year’s releases reminded us of the hope and promise that we are capable of instilling. Sarah Gavron’s Rocks (2019) beautifully captured a tale of a young, black girl’s struggle to care for her brother;  a story which often exhibited themes of isolation while reaffirming the importance of connection. Shot documentary-style, we were reminded of something important which at the time felt so far away. Sitting alongside Rocks was a film with a strong feminist sensibility which still managed to capture universal themes – Eliza Hittman’s Never Rarely Sometimes Always. With a punchy, emphatic title, Hittman’s film presented thoroughly grounded stories which remind us of the continuing problems outside of the Covid-19 centered world. It showed us a different form of cinematic escapism which was sometimes difficult to face. This year, in particular, it often felt easier to dive into Marvel’s expansive cinematic universe, or revisit the childhood wonder of Harry Potter than watch movies perfectly executed through their brutal realism.

Drifting from the empowering authenticity of Gavron’s feminist tale was Andrew Patterson’s exhilarating low-budget sci-fi thriller, The Vast of Night (2019). Compelling tracking shots and a pulsating soundtrack recaptured the heart of ’60s serials and ’80s sci-fi, and were accompanied by the excitement of a central duo unravelling a mystery of UFOs and alien invasions. With Dune and The Matrix 4 delayed until later this year, it felt appropriate for the sci-fi treat of 2020 to come from a lowkey tale, grounded by a focused human perspective. In a similar sense, the latest addition to the Bill and Ted adventures was a joyous and heart-warming diversion from isolation and uncertainty.

Even on Christmas Day, with cinemas closed for the duration, a straight to streaming release of Pixar’s Soul (2020) sparkled with an affirming sentiment of finding purpose in life. Its dazzling imagery found an absorbing solace to the sometimes grim realities of the outside world. A seemingly never-ending staircase to “The Great Beyond” mirrored the uphill struggle of the past year.

This staircase was reminiscent of the “stairway to heaven” found in A Matter of Life and Death (1946). Journeying back in time to this timeless classic was the perfect adventure to brighten lockdown blues. David Niven’s charming character and his endless assertions of love cushioned the harshness of the outside context. Niven’s cheesy incantations brought a smile when it was needed most. Another journey into the gentle charm of British romantic drama was made possible by Goodbye, Mr. Chips (1939). Robert Donat’s finest hour captured the fuzzy comfort of stagey black-and-white. A time machine of a tale which, as an uplifting antidote, forced a smile in difficult times.

While films released this year, or nearly a century ago, provide diverse stories of love, adventure and human life, each unifies in their powerful ability to make connections with the outside world, whilst also allowing an escape from it. In the last year a lot of people have greatly benefited from this, and as a glimmer of normality begins to emerge, the picture palace will make its grand return, continuing to serve the same vital purpose.

As The Day the Earth Caught Fire ended, Judd’s character was convinced of the hopeful nature of humanity, and the ways in which we can learn from past mistakes. Concluding his discussion of man’s emersion into the world, Judd’s final words said that we “may say once more, truly the light is sweet, and what a pleasant thing it is for the eyes to see the sun”. An astonishingly prophetic final line for a film released in 1961, this could be a positive light into things to come. More likely, it may be a case of the unrealistic other-reality of positivity and hope presented so often in film. Still, with moving pictures influencing culture and the world around us in so many ways, there is a chance the message of change and hope will push through to reality, at least in glimpses and glimmers.