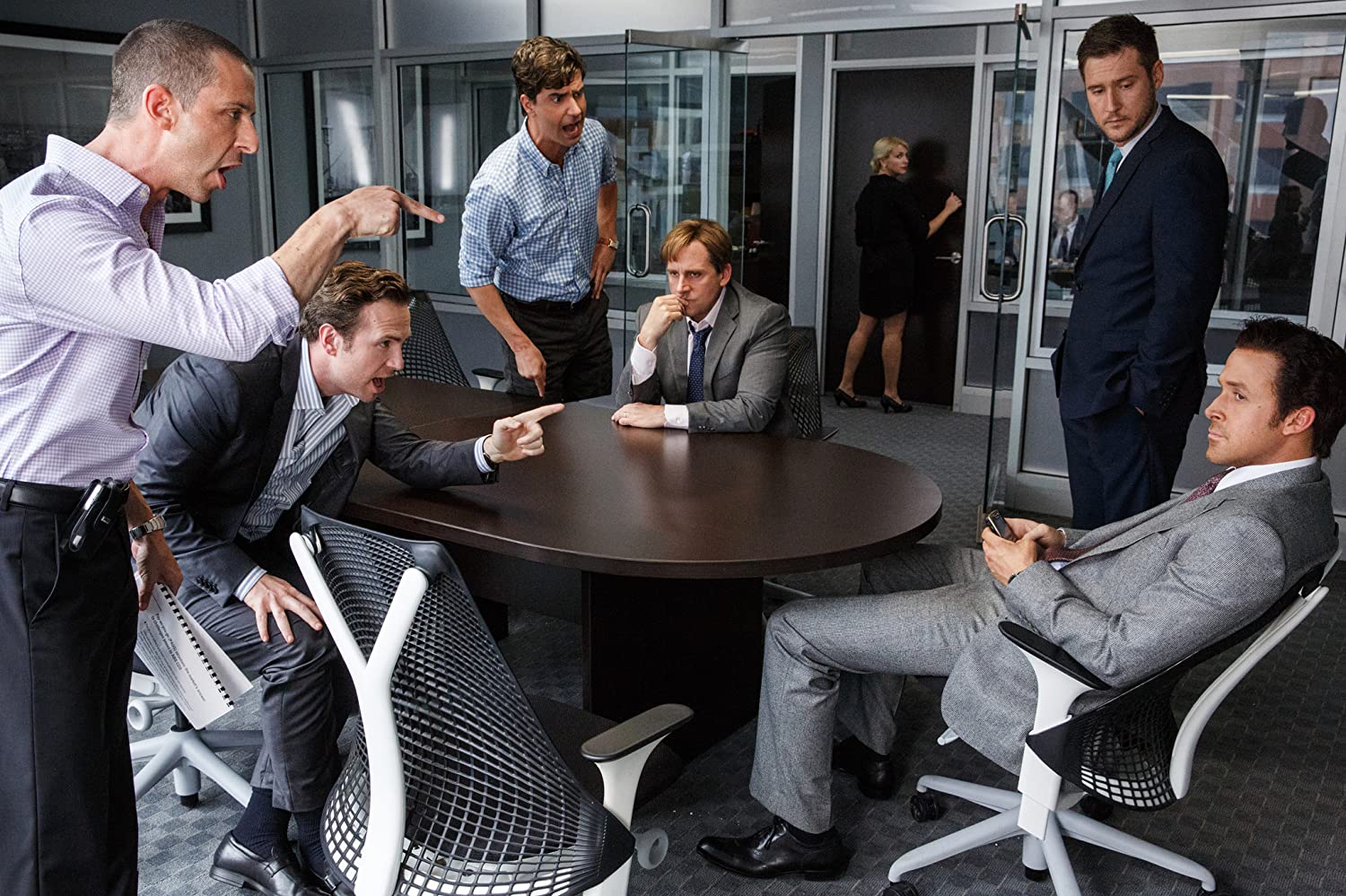 “Truth is like poetry, and most people fucking hate poetry” pops up in the middle of Adam McKay’s first quasi-serious film. That line is when it becomes clear why he made The Big Short. The events of the film are laughable, but not in the way you’d expect.

The plot of The Big Short is more comedic than any of McKay’s output since he dropped off of the SNL conveyor belt: the scrappy team of investors hoodwinking the big banks due to the bank’s own hubris? I don’t know if that is Wile E. Coyote versus the Road Runner or something Shakespearean but it works to good effect.

McKay truly distinguishes himself from his usual comedic hunting ground with more nuanced meta-comedy propped up with a style of cinematic storytelling that, while clunky at times, paints an accurate picture of the Goliath-style toppling of the banks in the 2008 financial crisis.

The clunkiness comes from the hard-to-follow nature of the story. Much like its cultural cousin The Wolf of Wall Street, The Big Short is painfully aware of its complexity and makes the tone aloof and patronising. The film’s analogising through celebrities and visual metaphors are profoundly educational but it is, at times, too aware of the ignorance of the audience. When it is overly aware of this, The Big Short can tend to speak down to its audience and thinks it can jangle the metaphorical set of keys (in the form of a bathing Margot Robbie) in front of them and have them accept their inadequacy.

But, in the coddling world of endless Disney sequels, with three Spider-Men and no originality, the story that The Big Short tells is a risk, but a breath of fresh air. The reason it is getting awards recognition is that it is so averse to what the film industry has become. The audience doesn’t get coddled, it gets intoxicated and then forcibly sobered up by the car crash of an ending. Woken up with the awareness of the truth and fiction, it dawns. This actually happened. And just like the bankers, we were having too much fun to realise.

The Big Short ultimately packages an acutely patronising structure with a wonderful tale about little guys taking on Goliaths and coming out ahead, a mix that proves a lot more stable than the mortgages sold by douchebag real estate agents in the late 2000s.