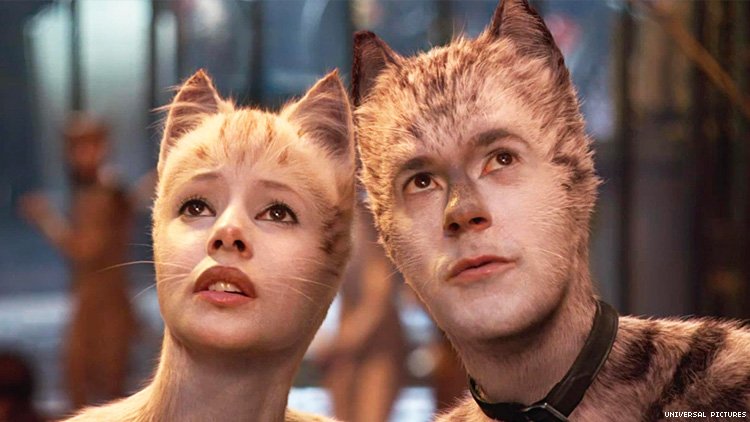 There are times and places in history where I wish I could have been: on the moon in ‘69, outside in 2020, and at York Student Cinema (YSC) on a Friday night to see Cats. I was there for the last of these and the memory will never leave me.

The more people you watch Cats with the better. YSC managed to pack a few hundred “hyper” students into P/X/001 and it was beautiful. Every new character introduction was met with thunderous applause. Shouts of ‘Jason Derulo’ punctuated the performance, each one with perfect comedic timing. During Jennifer Hudson’s rendition of Memory I found my hands linking with my neighbour as our entire row was gripped with faux-emotion. The atmosphere was electric and I felt like a lightning rod. My hands began to sting from clapping but I no longer cared. I was present. Cause and effect had no cause to affect me anymore. From the moment it started, I was in a dream-like state.

Cats is a horrific mess of a film. After the first half an hour you’re already feeling disoriented. The past and future fade away until you’re forced to live in the moment — forced to confront the horrific reality of a film that knows not the depths of its own depravity. The combination of abysmal visual effects, phoned-in performances, and a nonsense story result in a shockingly funny film. Every human hand on a cat is funny. Every time Jennifer Hudson drags her feline form across the floor is funny. Every jump cut to a panic-stricken Ian McKellen is funny.

The strangely horny antics on screen took on a meaning that Tom Hooper could have never envisaged. Turn on, tune in, laugh about. Cats gave the audience the perfect opportunity to become the star of their own show and they delivered. The Irishman is great. Parasite is fantastic. They’re not competing against Cats as a film but against an entire audience packed into the Exhibition Centre. Cats at YSC was the best cinema experience of my life. Terrible films can allow for brilliant experiences and I want to see more of them. Student cinemas offer the perfect platform for them.

Feature image courtesy of Universal Pictures. Disclosure: I am on the YSC committee