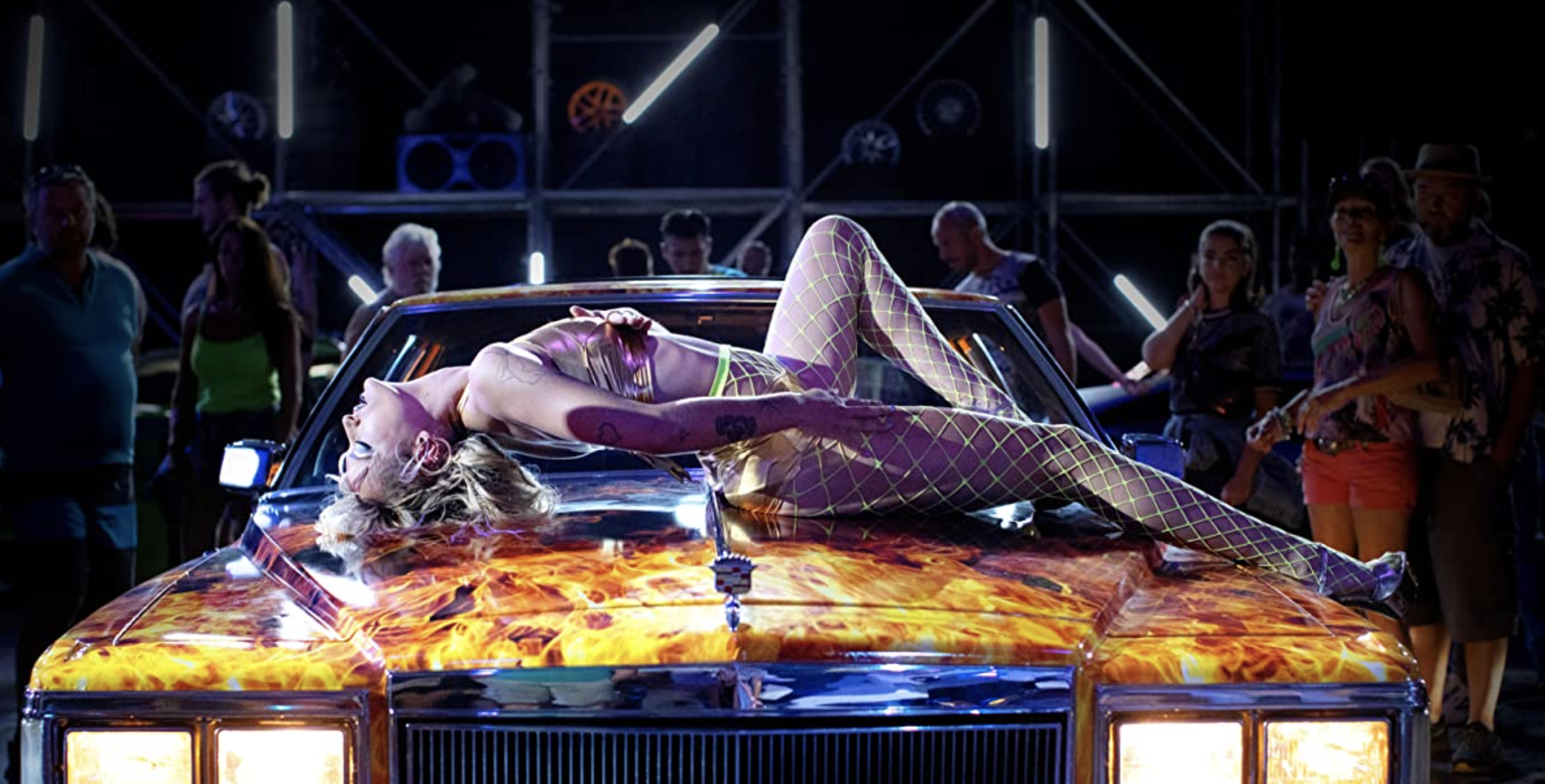 It’s rare that a film comes along that can simultaneously be one of the most bat-shit crazy films of the year and also really touching and sweet too. Titane somehow manages to do both and whilst the film does tonally end up a little messy, it ticks all the right boxes and is a terrifying watch.

I don’t want to divulge into too much about the plot as it’s one of those films where you should go in blind knowing as little as possible to really maximize the level of shock and horror that the film brings, however as a young girl, Alexia ends up in a terrible car accident. And as a result, a titanium plate gets fitted into her head hence the film’s title.

We then flash forward to Alexia as an adult and all sorts of carnage ensues. She’s working as a showgirl at a motor show and having sex with cars, you know, just the usual Saturday night out for a fan of David Cronenberg’s Crash (1997). The film takes things to a new level in terms of horror. There’s blood and gore, there’s car sex, there’s brutal murders and that’s just the tip of the iceberg.

However, after a completely bonkers opening half hour or so the film calms down greatly and really stays at a much more sombre tone throughout the rest of the film. Across the middle portion of the film, Alexia forms a bond with a man called Vincent whose son went missing ten years ago and what was an ultraviolent and bloody affair has now turned into a sweet drama about a father and his missing son.

Titane becomes a film about parenthood and father figures and it explores this in really good depth as well as exploring gender and the film does this through the fantastic performances from both Vincent London and Agathe Rousselle. Titane then starts to unravel itself a bit more as it heads towards the conclusion and it does pick up the pace again by the end but it feels almost as if it could have been two different films and this lets it down to some degree as it feels a bit muddled.

I was completely engrossed by the wild opening and the horrific scenes we were seeing but when director Julia Ducournau switches that out for something much more emotional and more human-driven, it catches you off guard. For a film that is one of the most fucked up things you’ll see all year, it’s far too sweet and endearing at times. This mix isn’t necessarily bad and Ducournau handles it fairly well, it’s just unlike any other horror film released this year.

Titane is certainly a weird film- not least because of all the car sex- and it’s not for everyone but it’s at its best and most mighty when it embraces its weirdness and really plays with it creating something profoundly shocking. Titane is a film that’s not for the faint of heart and features some truly disturbing imagery but behind this deranged exterior there’s something deeply touching in the film as it explores themes about gender through the genre of body horror.

Titane is released in UK cinemas on Boxing Day.