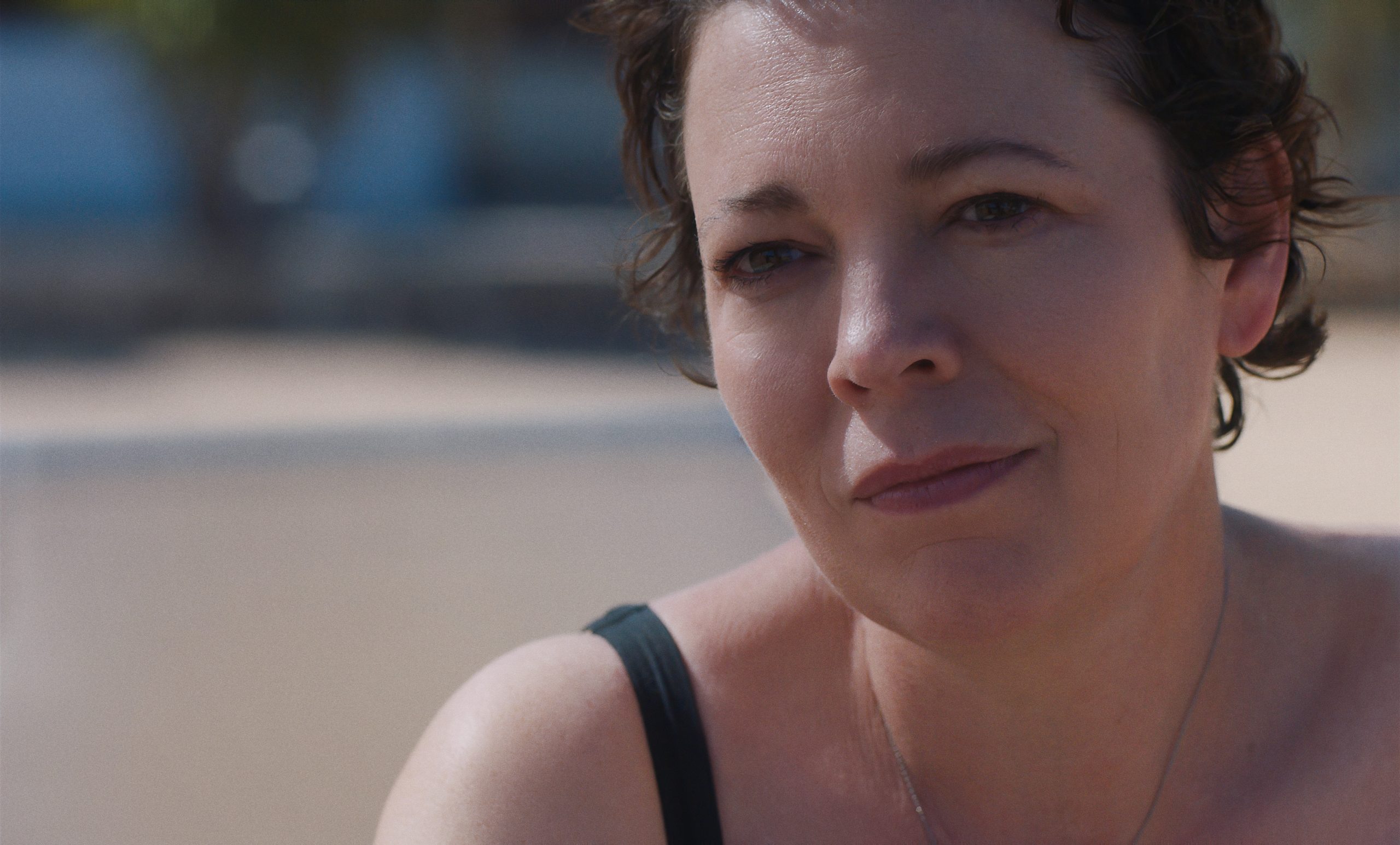 Maggie Gyllenhaal’s directorial debut is as confident as it is enthralling. This is a psychological thriller that feels fresh, bringing the anxieties and confusions of motherhood to an audience whose stomachs will soon start to knot.

Based on a book of the same name, The Lost Daughter marks the directorial debut of writer-director Maggie Gyllenhaal. She brings with her an experienced cast to the shores of Greece, setting up a well-placed plot that leads to multiple standout performances.

It manages to capture the feeling of lying on a lounger in the lazy heat of the sun, your eyes closing but your head starting to whizz around with thoughts of whether the shade’s going to lapse and you’ll end up crimson. From the opening, Gyllenhaal’s direction shows a precision and maturity that results in one of the strongest films of the year.

Leda (Olivia Coleman) is a professor in comparative literature who brims with enthusiasm as she arrives on a Greek Island to continue her sabbatical in the sun. A taut Ed Harris, playing a demure caretaker called Lyle, introduces both Leda and us to her apartment for her time on the island. Their chemistry makes us ask questions about what’s waiting for Leda at home right from the start. It’s those questions and the ways we find their answers that drive the central tension of this slow-burn thriller.

Everything looks gorgeous here. Whether it’s the calm of the beach or the quiet of her apartment at night, it’s a visually impressive film that makes full use of its environments. We soon find the quiet shattered by a large family of Americans arriving at the beach; from then on there’s an unease that follows us and Leda no matter how sunny it is outside.

Leda is soon entranced by two members of the American party: a mother and her daughter playing on the beach. Leda’s gaze is used excellently throughout; it starts with a super-close up and clever screenwriting that allows us to discover her fascination with Nina (Dakota Johnson) and her daughter Elana just as she does herself. It begins with them playing with a water-can on the beach and continues throughout the film, as Leda gets to know them as part of a wider group of central characters. This focus on Leda’s gaze complements Coleman’s performance, letting us feel the inner conflict and tension as it plays out on screen.

The story unfolds both in the present and through a series of flashbacks from Leda’s past. We find a younger Leda (Jessie Buckley) grappling with the exhaustion and worry of caring for her children while forwarding her career in research. It’s an exceptional, impassioned performance from Buckley that deepens our understanding of Leda and stands up as a story in its own right. The nature of the flashbacks provide a clear link between present and past with each also giving us vital insight into Leda’s impulses today. They’re handled precisely, which only increases the tension of the film.

These flashbacks add elements of horror to the mix, each reflecting a part of Leda’s experiences as a mother. It succeeds in showing the realities of her role in her children’s lives and the lasting impact it has on Leda’s interactions to this day. We find Leda to be one of many strong, complex characters that prove a joy to uncover over the course of the film.

Some of its best moments are when it manages to find and embellish moments of silent horror in the everyday routine of a holiday. A creeping tension follows you from breakfast to the beach to the waves crashing at night. Those waves really do crash too, the sound design is fantastic and emphasises the natural sounds that so easily switch from soothing to scary in the space of one scene to the next. It’s this horror in stunning sunlight that’s truly exciting within the genre.

Olivia Coleman is excellent throughout, communicating enough in a look to stage an entire scene. There’s a depth to her character and performance which heightens the tension and lets us peer inside someone who herself struggles with self-reflection. We find an intensity and vulnerability within her character that makes her interaction with other characters gripping. It feels like waking up to see light peering through the curtains and knowing that your alarm could wail at a moment’s notice yet still tugging the pillow ever closer. You don’t know what Leda is going to do or what could happen to her, but you know enough to lean in closer.

To feel this tension for the full two hours is an impressive feat. Unfortunately, the ending can only feel muted given all that’s come before it. It falls somewhat flat, leaving us wishing we could just put the end on snooze a bit longer and wait for its inevitable shock.

The Lost Daughter is in select cinemas now and will be streaming on Netflix from 31st December.