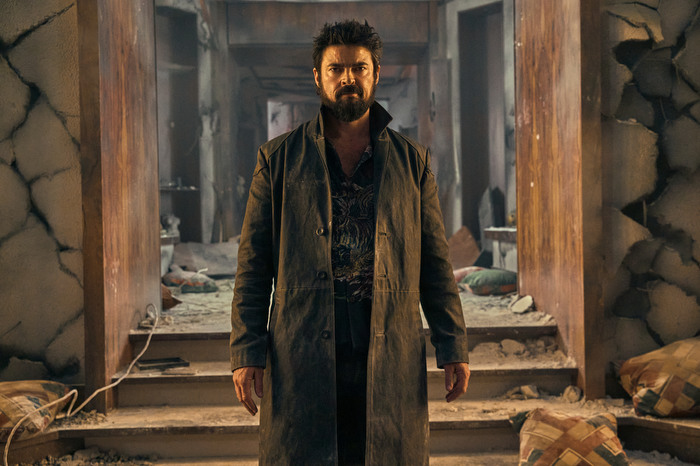 Last week’s episode of The Boys proved to be one of the best episodes of the entire series, ending with Butcher and Hughie pumping temporary V into their veins and joining forces with Soldier Boy to take on the Homelander.

After Herogasm, anything is going to seem a little downbeat and not as exciting, especially before moving into next week’s season finale. Episode 7, titled ‘Here Comes a Candle To Light You To Bed’ is full of far more character driven moments and far less sex and violence than the previous episode.

Having been pretty much side-lined for the entire season, Maeve returns again for a brief scene. It’s still not enough for someone who’s previously been one of the main characters of the show but it’s an important moment between her and Homelander. For once in his life, Homelander is genuinely scared. Scared that he might lose his power; his control. And what does Homelander do when he’s scared? He milks a cow and drinks it of course.

Moving beyond Maeve and Homelander, Butcher, Hughie and Soldier Boy’s stories all progress a little further, as well as Black Noir and Kimiko starting to reach the end of their arcs for the season.

Episode 7 takes a slower turn, making for a bit of a change of pace from last week’s carnage. But in doing so it builds nicely upon last week and sets itself up nicely for next week’s season finale which promises to be epic.

The entire cast are at the top of their game as always, and the writing is just as sharp as it always is, leaving it in a good place to round off the season next week.

New episodes of The Boys are available each Friday following, culminating in an epic season finale on 8th July.