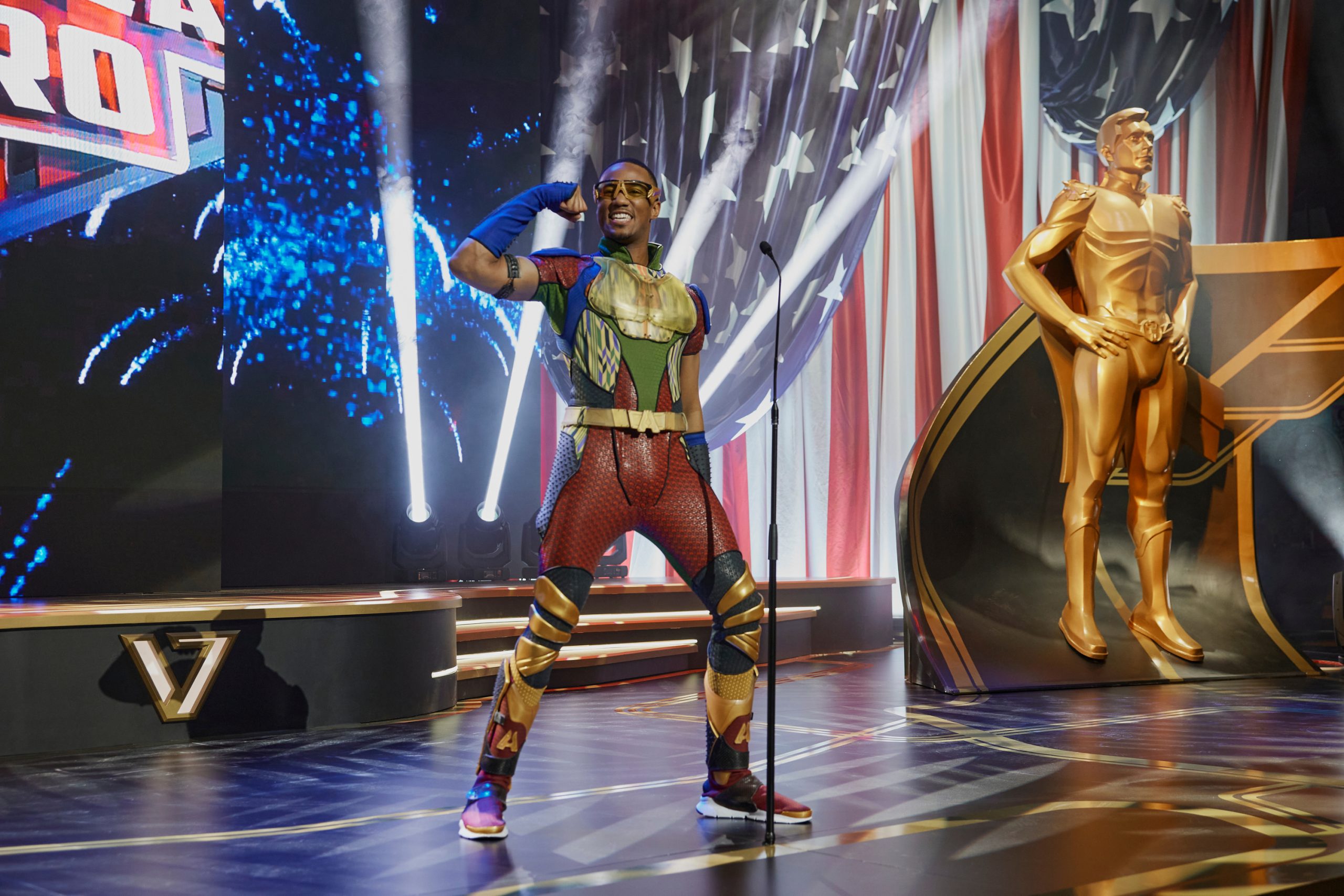 There’s something so bitingly realistic about The Boys. It’s one of the reasons why it’s such a fantastic show. It doesn’t wrap up all the superhero shenanigans with a neat little bow in the same way that Marvel do and S3 is exploring this gritty, real, and rather depressing world of corporate superheroes even further.

One of the best new additions into the world of The Boys featured in Episode 2 is when Frenchie and Kimiko go to Vought Land. It’s a whole theme park dedicated to Vought’s team of supes decked out with Homelander rollercoaster rides as well as someone dressed up in a big Homelander costume for fans to take pictures with. But not only this, Vought Land includes an inclusive area filled with pride flags everywhere, as well as BLM BLTs and Woke Woks to fill people’s stomachs.

The writing throughout The Boys has consistently been flawless and S3 is no exception to this. And it’s in Episode 2 of the new season where things really come into their own. Vought Land isn’t the only excitement going on. Butcher’s character takes a big development when he goes to a gun convention to meet with Gunpowder.

It feels like for so many characters, the whole show has been building up to some big specific moments and it’s in Episode 2 that Butcher and Homelander get these big moments, which (without divulging any spoilers for the episode), will have great consequences for the characters.

Episode 2 features Homelander’s birthday where he finally starts to lose it publicly, although it’s not his real birthday and is just a marketing stunt. It’s in Episode 2 that Homelander starts to compare himself to Jesus and to God. He can’t take it anymore just being Vought’s puppet and being so nice to the public. Homelander is the best character on the show and is written to absolute perfection but after Episode 2 things are really going to change for him.

S3 has had its fair share of bloody moments with guts spewing across your screen but there haven’t been a huge number of action scenes so far. Butcher and Gunpowder have an exciting fight and there are some thrilling moments but so far in S3, it’s really been the comedy and satire that has been allowed to shine, along with the character driven moments.

Now being just two episodes into the third season, it’s clear that S3 is matching the extremely high quality of TV achieved by the first two seasons.