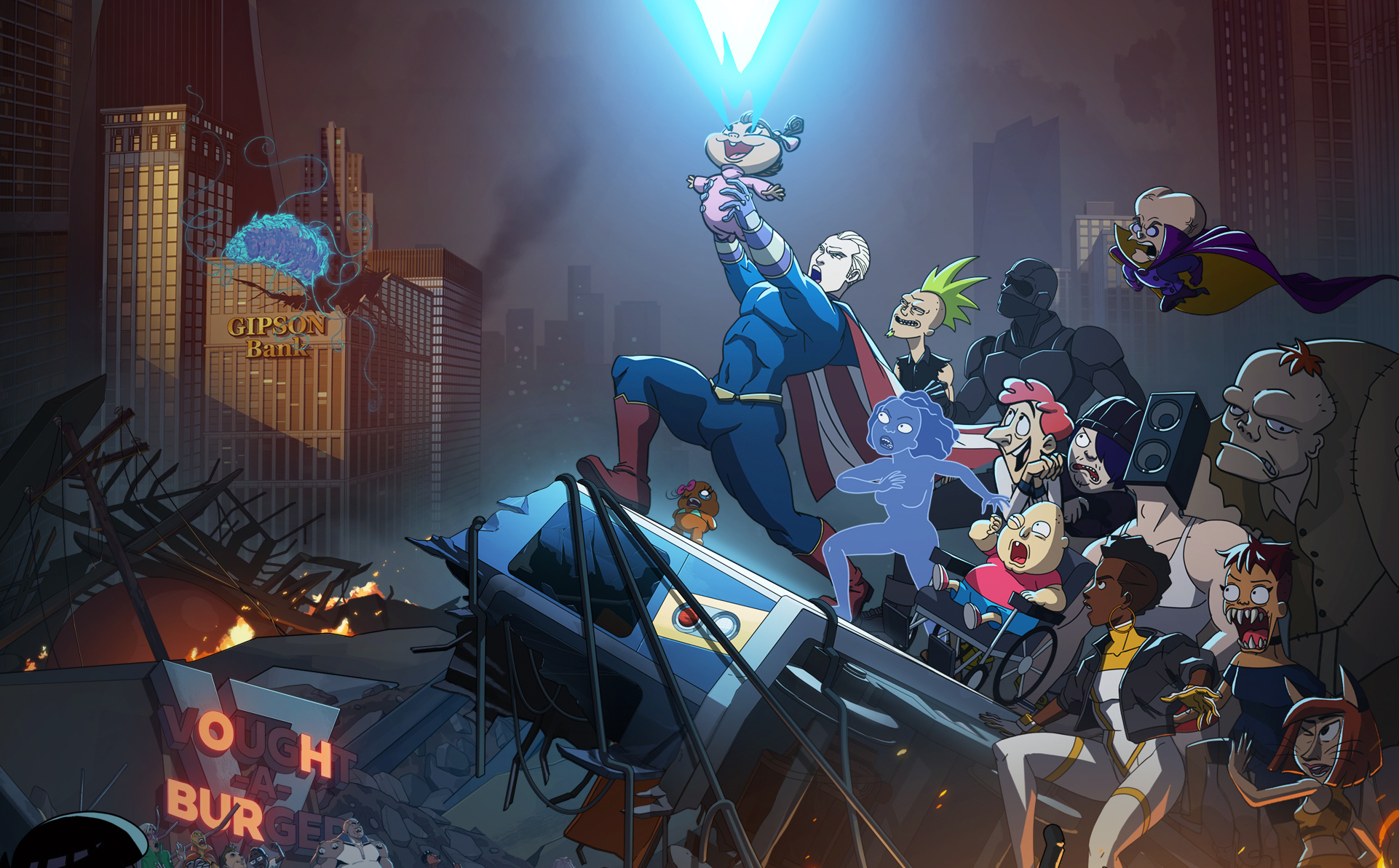 If you can’t wait for Season 3 of Amazon’s hit superhero show The Boys to drop on Prime Video on June 3, you’ll be pleased to know that there’s some animated super shenanigans to keep you occupied until then in the form of The Boys Presents: Diabolical, an animated anthology set in the world of The Boys.

Whilst fans will be pleased that we’re getting more Boys content, it’s not so pleasing to learn that the show isn’t especially exciting, and really that’s all it feels like – filler to keep The Boys on all of our minds until June. It also doesn’t help that the show drops on Prime Video the same day as one of the biggest superhero films of the year – The Batman – arrives in cinemas. However, unlike The Batman which is nearly three hours long, Diabolical is much more digestible.

The show consists of just eight episodes ranging from about twelve to fourteen minutes in length, so there’s not too much to get through but it’s easy to watch. Each episode follows different characters – some we’ve seen before like The Deep and Homelander – and other new characters including Boobie Face.

The voice cast for this animated series is incredibly stacked with many of the live-action characters reprising their roles, such as Anthony Starr returning as Homelander, Chace Crawford as The Deep, Giancarlo Esposito as Stan Edgar, and Elizabeth Shue as Madelyn Stillwell. But joining the voice cast we also have A-list celebrities like Jason Isaacs, Don Cheadle, Kumail Nanjiani, Awkwafina, Seth Rogen, Andy Samberg, Ben Schwartz, Justin Roiland, Michael Cera, and Kevin Smith. As impressive as this cast may be, many of them, such as Smith and Samberg, do unfortunately only have a couple of lines, and their roles are nothing more than very brief cameos. Even the ones with bigger roles like Don Cheadle still don’t have especially large roles as they only last for one twelve-minute episode, but nonetheless it’s good to see many of the live-action actors returning, as well as some recognisable names and voices joining the cast too.

Diabolical plunges deep into the unseen corners of the world of The Boys, and the violence and chaos that emerges with the idea of man-made superheroes. It plays about with what it means for man-made superheroes to exist in the real world, and it does so in a fun and playful way. There are some good ideas in here, including seeing Homelander’s first mission that turned him into what he is. There’s also my personal favourite episode involving kids who didn’t quite get the superpowers that they wanted, meaning we get to meet superheroes like Slo-Mo Guy that always moves in slow motion, Papers who can find any paper (but can’t see what’s on it), and The Human Tongue, as well as everyone’s favourite superhero, Ranch Dressing Cum Squirter (does this one need any more explanation?).

The Boys Presents: Diabolical takes an interesting dive into The Boys’ universe, and it’s fun to see corners of this world that we’ve not explored before, especially as it retains the excessive level of swearing, drugs, nudity, and gore that we’ve come to expect – and love – from this series. It’s just a shame that most of the episodes aren’t too exciting. They’re all entertaining enough that you can happily sit through twelve minutes of them, but I’m not rushing for another series, nor are they essential viewing before the main event of Season 3 arrives a few months down the line.

All 8 episodes of The Boys Presents: Diabolical arrives on Prime Video on Friday March 4.