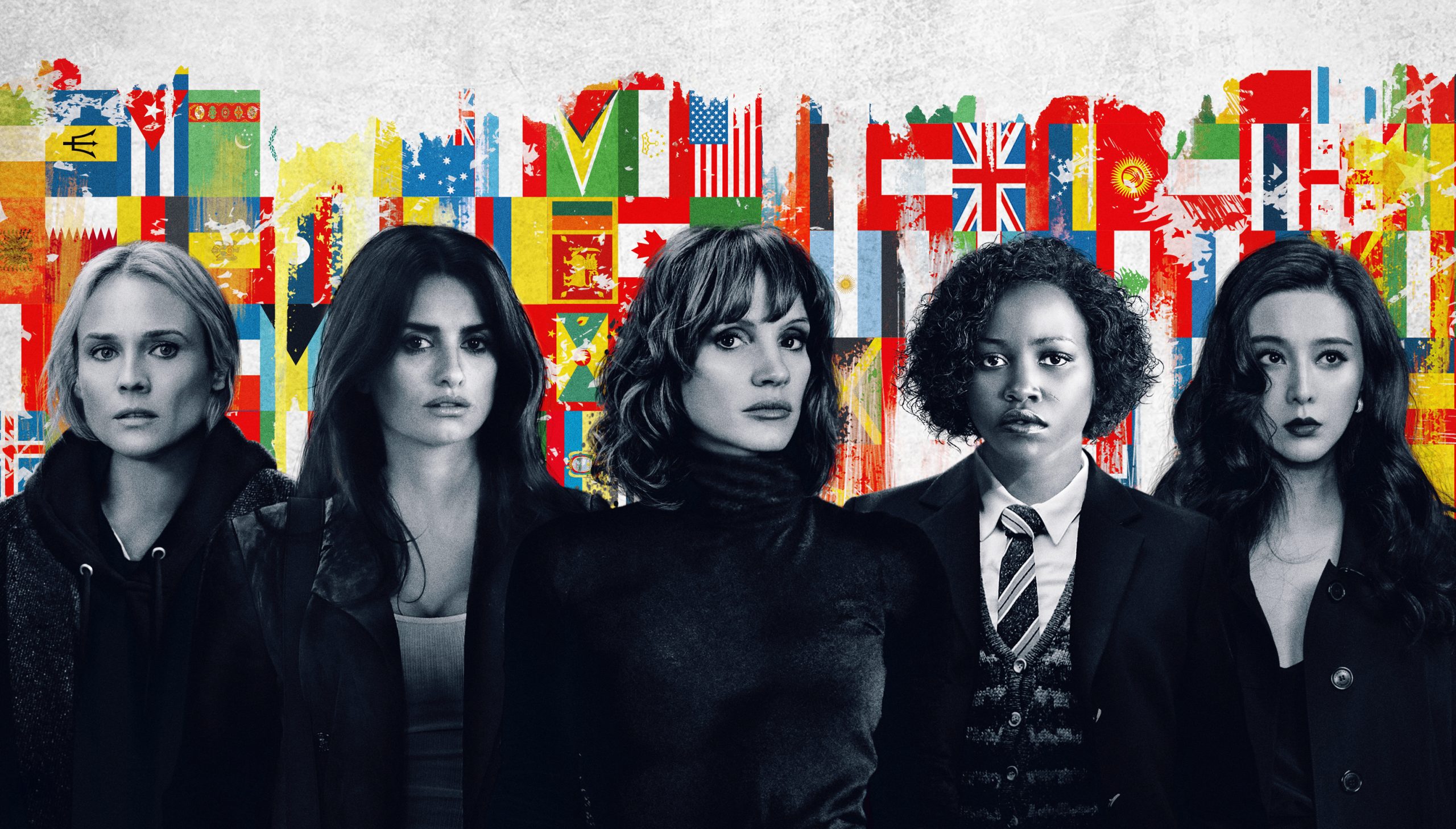 The 355 only feels fresh in that it’s the same as every other forgettable action film that you’ve ever forgotten about. Vague top-secret weapon capable of a global threat, check. Establishing shots of London, Paris, Shanghai and a whole host of other cities, check. Lots of shoot outs, check. A team of action heroes that will inevitably save the day, check.

It’s an action film that’s incredibly by the numbers, although not the numbers you really want. It’s not until the final scene that we actually learn what the titular ‘355’ has to do with anything. Director Simon Kinberg is teaming up with Jessica Chastain again after X-Men: Dark Phoenix and joining Chastain on the team of international super spies tasked with putting a stop to the global threat are Lupita Nyong’o, Diane Kruger, Penélope Cruz and Bingbing Fan.

However it’s very noticeable that Bingbing Fan isn’t actually in the same room as all her co-stars for the vast majority of her scenes. Whether this has anything to with the fast she mysteriously disappeared for a few months back in 2018 in relation to tax evasion or maybe her role in the film was merely an afterthought, it’s very clear that she wasn’t in the same room as her co-stars thanks to some dodgy looking green screens and awkward cuts.

Everything that happens in the plot is too predictable for anyone that’s ever seen an action movie before and it’s all far too convenient for the heroes. They always seem to have the right equipment at the right time or information conveniently appear to them just when they need it. Simply, it just never does anything too inspiring. You can tell beat by beat where this story is going and what’s going to happen next, leaving you uninterested throughout.

It overcomplicates things greatly before heading into the final act, meaning that there’s far too much that needs to be tied up after the final shootout. The film reaches its climactic action shootout and then proceeds to have a few more scenes tying up all the loose ends even though by this point we’re all just ready for the film to end. By the time we reach the final action set piece, the film is completely devoid of any emotion that was present half an hour earlier. It’s needlessly convoluted and there’s very little sustaining your interest at this point.

That being said, the action is has its moments. Particularly the finale, which will keep you entertained, but it all seems a bit too clean and basic. Perhaps a grittier approach to the action would have worked in the film’s favour. The 355 is a film that deserves to be better given the extraordinary talent from the cast, not to mention supporting roles from Sebastian Stan and Édgar Ramírez, but it ends up with absolutely nothing that makes it stand out from the slew of generic action films that’ll end up forgotten about by the end of the year.

The 355 brings with it just about enough entertainment that you won’t be bored, and the leading actresses all do a good job in this female-led actioner, but it’s totally forgettable. Despite being one of the first films of the year, it’s already one of the weakest.

The 355 is in cinemas from Friday January 7th