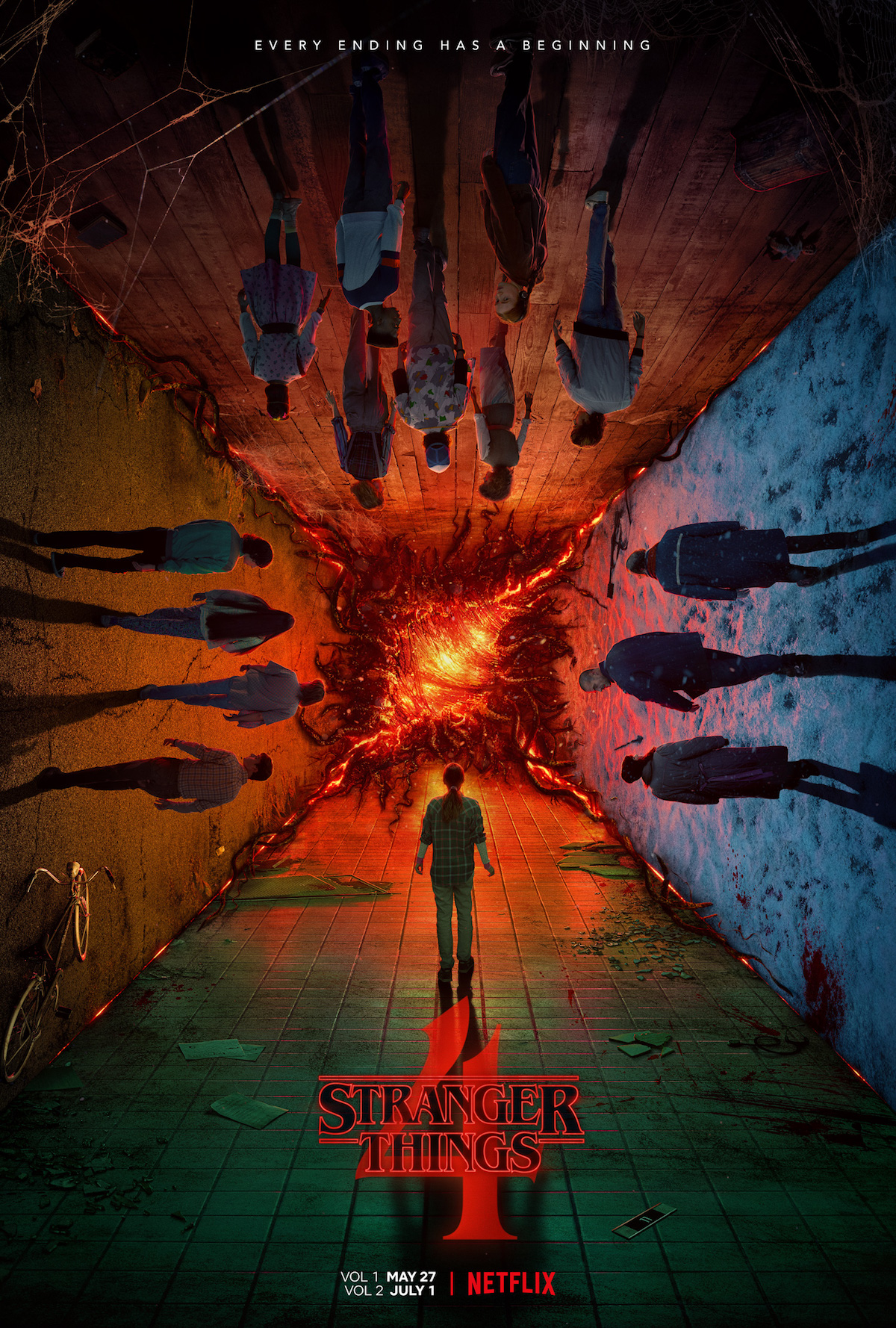 As a lover of all things 80s, Stranger Things is definitely one of my favourite shows of all time. Becoming a binge-watching tradition on the day of it’s release, the release-date of Season 4 Volume 1 was no different. So, despite having an exam looming and an essay due, I sat down on Friday 27th May to watch the full nine hours of sci-fi/horror content. Spoilers ahead!

Beginning following the tragic “death” of David Harbour’s beloved Police Chief Jim Hopper and a dramatic fight against the Mind Flayer in Hawkins’ mall, season four begins with a mysterious flashback to 1979, with Dr Brenner experimenting on other superpowered children. Setting up one of the season’s overarching mysteries from the get-go, episode one begins with protagonist Eleven, played by Millie Bobby Brown, supposedly causing the deaths of her fellow prisoners.

A dramatic cut from the violent opening, the audience are able to catch up with Eleven and the Byer’s family after being relocated to California, where Eleven has mysteriously lost her powers and has to put up with the dreaded school bullies. Back in Hawkins, Dustin and Mike have joined the Hellfire Club, a group of school kids who all enjoy playing Dungeons and Dragons, a game that has made many prominent appearances throughout the show. Lead by an incredibly eccentric Eddie Munson, played by newcomer Joseph Quinn, the Hellfire Club actually looks like a pretty cool group to be a part of at Hawkins High School. My personal favourite character Max Mayfield, however, is grieving the death of her brother Billy at the hands of the Mind Flayer during last season’s finale, a motif that climaxes in the heart-breaking “Dear Billy” episode later in the season.

Meanwhile, new character Chrissy Cunningham, a popular student on the cheerleading team, is plagued by visions of a ticking grandfather clock and distorted nightmares of her family who, after buying drugs from Eddie, is possessed and killed by a seemingly sentient, humanoid creature from her visions.

Throughout the rest of the episodes, stand out moments include the revelation that Hopper has survived the explosion underneath Starcourt Mall and is now being held captive by the Russians in Kamchatka prison camp, with Joyce and Murray desperately trying to find him after receiving a mysterious package in the mail. Mike is also reunited with Eleven in California, where he discovers that his girlfriend is being bullied by her classmates in an incredibly dramatic, yet cathartic, scene in which Eleven hits her bully in the face with a roller skate.

Following two more students’ gruesome deaths in the same manner as Chrissy’s, suspect number one becomes Eddie, with the Hawkins gang determined to prove his innocence and track down this season’s villain, Vecna.

Leaning much more into its horror genre, Season Four Vol. 1 is well worth the three year wait for its release. Brilliantly introducing new characters into the ever-increasing ensemble, and uncovering even more details of Eleven’s past, vol. 1 ends in an incredibly rewarding, mind-blowing plot twist that brings the entire show’s narrative full circle.

Despite some moments being somewhat drawn out, due to the episodes’ longer run time and the season’s split into two volumes, Season Four so far has been a brilliant, binge-worthy ride with everyone’s favourite gang of teenagers.