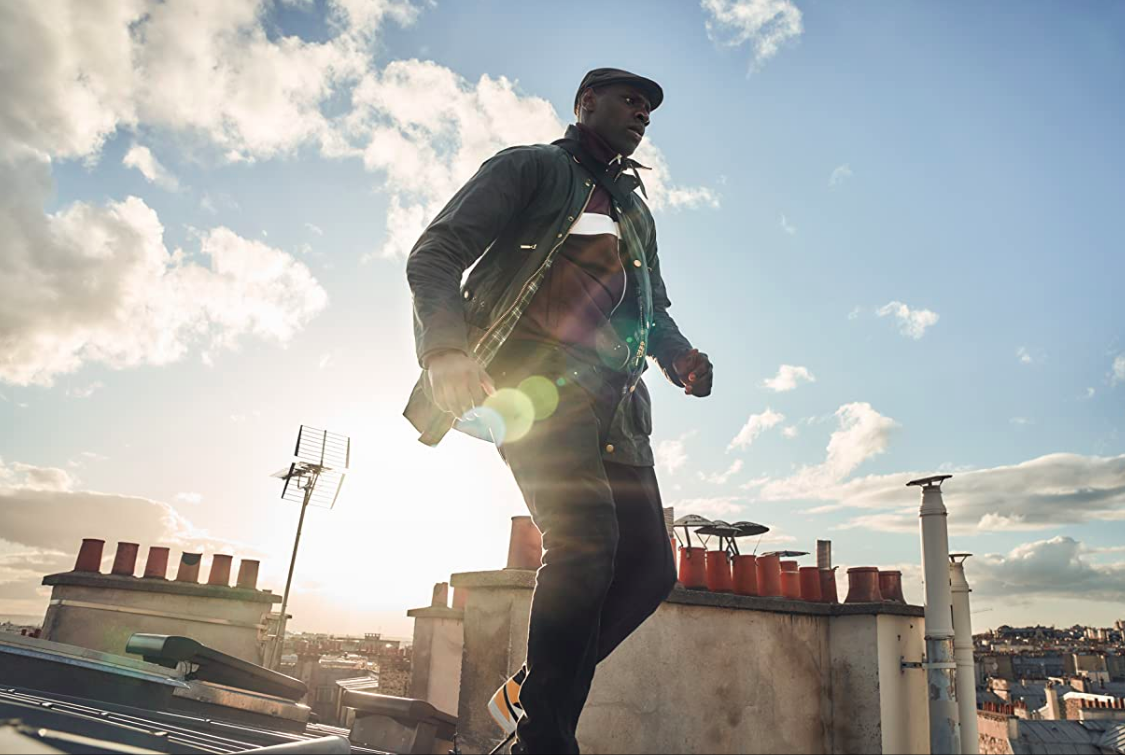 Lupin is currently the most popular French series produced by Netflix. Directed by George Kay (Killing Eve, Criminal) and François Uzan, it is an easy-to-watch and comforting detective series guaranteed to keep audiences glued during their lockdown blues.

Assane Diop, played by Omar Sy (Untouchable) is the son of Babakar, an immigrant from Sénégal. One day, Babakar’s employer Mr Peregrini, head of a financial empire, accuses him of stealing an extremely valuable necklace that belonged to queen Marie-Antoinette. He is arrested and charged as guilty. This accusation destroys his and Assane’s life. This show follows Assane’s adventures in trying to make sense of his father’s arrest and honour him by seeking revenge.

The main quality of the series is the distance that it builds between Assane and the spectator. He keeps deceiving us! Just when you think you know him, he takes off his mask and he turns out to be someone else. Assane tricks us like he tricks the investigators. He changes identities, lies, and appears from nowhere before vanishing. He is always one step ahead of us, which is exhilarating.

Assane has built his whole identity on his readings of Maurice Leblanc’s detective stories Arsène Lupin, Gentleman Burglar. Omar Sy perfectly builds on this dual identity. Yes, his charisma, his laughter, and his charms make him the perfect gentleman. However, he is also a thief. He constantly manipulates us. He tries to steal a necklace worth 40 million euros, but it’s to avenge his honourable father. He is smart and cunning, but at the same time impetuous and irrational. If he’s charming and manipulative, do you like him? Of course you do, but the question is, do you want to like him?

Unfortunately, although Omar Sy is brilliant, the gap between his level of acting and that of his partners is sometimes frustrating. This is emphasized by the fact that, while the character of Assane is very complex, almost all the secondary characters are very flat. There is the teenage crush that is still beautiful twenty years later, and the high school friend who tries to talk him out of his crazy plans… unfortunately, they are not very interesting. They only act as a platform to solidify our understanding of Assane, not the plot.

Moreover, if you’re looking for a realistic detective drama, Lupin probably isn’t it. Although the references to the literary world of Maurice Leblanc are charming and ingenious, who in their sane mind would organize each coup according to a different book by the same author without fearing to get caught? Not all the plot twists are realistic. There are a few weaknesses in the plot justified by the excuse of ‘Assane is a master in the art of doing mischief’. Sometimes it feels a bit easy.  But all is forgiven five minutes later when Assane tricks us. Again.

All in all, Lupin is a perfectly enjoyable and at its worst an unrealistic detective drama, effective at providing much needed escapism in these testing times. Episode five builds so much suspense that you’ll be counting the days before part two is released.