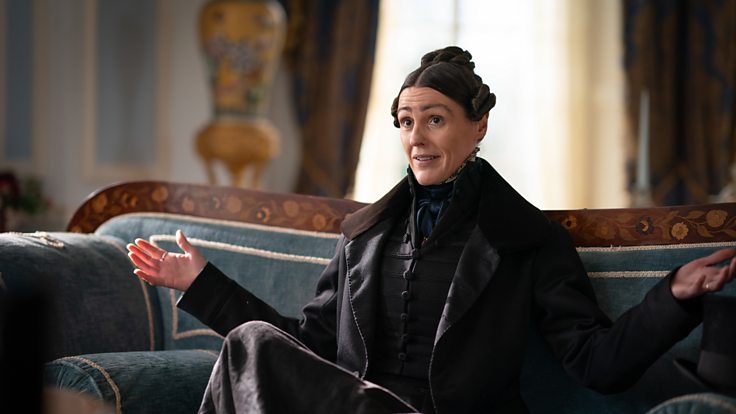 Sally Wainwright has a real knack for getting Yorkshire people right. From Happy Valley to Last Tango in Halifax, I know that I am going to love any show she writes. Gentleman Jack is no exception.

Set in Halifax in 1832, Suranne Jones plays the androgynous and fierce landowner, Anne Lister. The first series explored her love affair with fellow landowner, Ann Walker, ending with their marriage in York.

The second season is almost as good as the first, though moments without Suranne Jones often feel dreary and slow. Jones brings such a powerful energy to the character of Anne, making even a quick glance at the camera feel tense and confrontational.

The character of Ann Walker is interesting, though Sophie Rundle’s portrayal can come across as one note and whiney. Walker is troubled by anxiety and finds herself battling between her sexuality and her faith. Her desire to have children despite being a lesbian also causes her to question her relationship with Anne.

One of the most tense moments of this season is when Anne’s family see the marriage between Lister and Walker in the paper. Throughout the series, it is unclear whether people know that Anne is a lesbian or not. They talk of her ‘unusual’ or ‘unnaturalness’, though don’t overtly acknowledge that she is gay.

There is one moment earlier in the series when some children working in the house witness Walker and Lister in bed together. People who know Lister don’t seem surprised by this, though her ‘decadence’ is looked down on. Lister does very little to hide her sexuality, other than overtly declaring it.

The timid and delicate Ann Walker serves a stark contrast to the witty and loud Anne Lister. While Walker spends her time worrying about God and having children, Lister is concerned by business and money.

By the final episode of the series, Anne Lister became unlikeable, acting deliberately condescending and mean. Ann Walker, on the other hand, seemed finally to have gained some personality, besides being Anne Lister’s companion.

Overall, I am very glad that we were given another series of Gentleman Jack. Jones gives Anne Lister a charming yet stern character, setting the tone of the entire series. While the rest of the characters fade into the background slightly, what better background to fade into than shabby little Shibden?