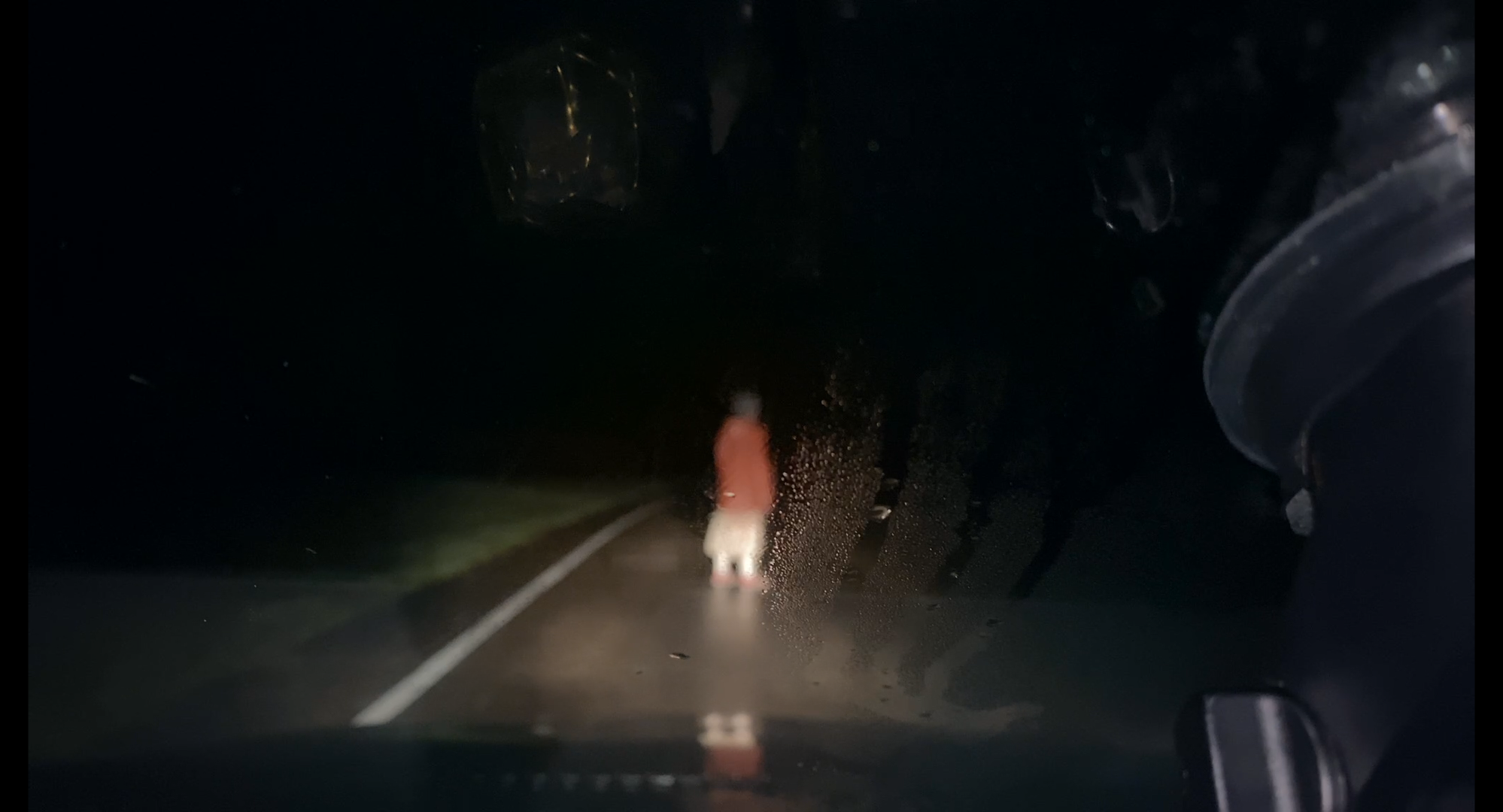 Dashcam is certainly up there with having one of the most dislikeable main characters of any film. The entire film takes place following the livestream of Annie Hardy titled “BandCar: The Internet’s #1 Live Improvised Music Show Broadcast from a Moving Vehicle” and it’s immediately clear that she’s not going to be likeable in the slightest. She only gets more and more annoying as the film goes on, especially when she goes into a restaurant and when asked to put on a mask she starts protesting and shouting “do you know anyone that’s died of COVID?”.

But the fact that the main character is so intentionally (I hope) detestable, makes for a far greater horror film. When you’re rooting for the main character to die every step of the way, the film becomes much more enjoyable. Annie’s stolen her best friend’s car and has been drawn into a mysterious situation where she has to transport the blood-spewing Angela. At every single corner, the film just gets even more bonkers and bat-shit crazy.

The fact that it’s all filmed through Annie’s camera and we’re watching the livestream in this found-footage style, much akin to 2020’s Spree starring Stranger Things’ Joe Keery, makes for a far scarier trip. It utilises the format so well and you never really know whether you should be reading all the countless comments coming up in the bottom left corner or paying attention to what’s happening to Annie. The viewers of Annie’s stream commenting things like “did anyone see the person behind her?” just make it even more suspenseful. At times you want to just pause the film to be able to read all the comments but it would just ruin the flow of the film too much.

Talking of the flow of the film, Dashcam is only a very breezy 77 minutes long and it fills every single second really well. It’s one of those films that you just have to witness in order to believe it. My words can’t do it justice just how much of a barmy trip this film is. And if possible you should watch it with a big crowd of people who are all ready to completely lose their shit with you.

Once the plot gets going and we start to uncover what’s going on with Angela, the film grabs you by the throat and doesn’t let go until the end credits. It moves at breakneck pace and will leave you in shock. A lot of the thrills do come from jump scares but because of the found-footage format of the film, it works so well and the film can be forgiven for offering little more than just jump scares because of just how terrifying they are.

Dashcam is one of the most wild and bonkers horror films of the year that somehow gets even crazier with every single beat. And because the lead character is so dislikeable, it just makes you even more up for this outrageous trip because you’re so ready for her to end up dead in every single one of these awful situations. Prepare to be completely and utterly repulsed by the insanity that is Dashcam.