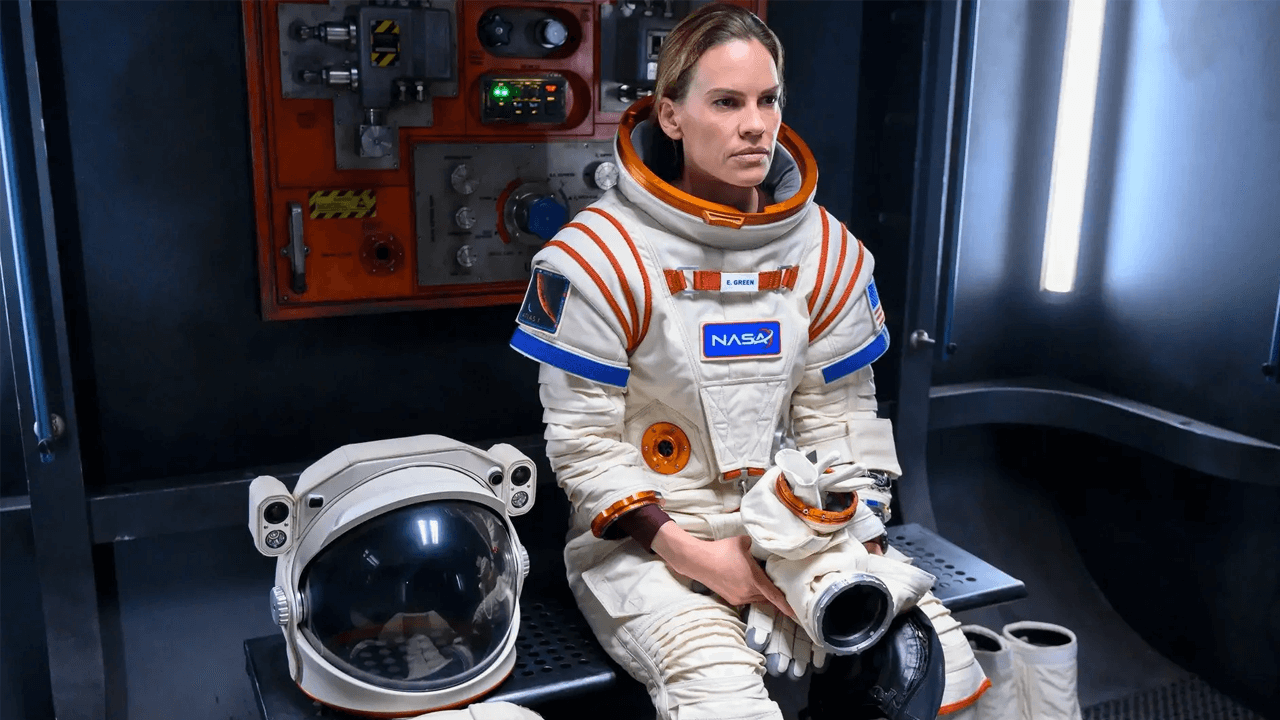 Away, a Netflix original series created by Andrew Hinderaker (10 episodes of 50 minutes), follows a crew of 5 astronauts on the first mission to land on Mars.

However, the everyday job of an astronaut in a ship is not the main topic of the series. Rather, it is about loving people that are 12 million miles away from you.

Emma Green (Hilary Swank) is the leader of this historical crew. She leaves behind a husband (Josh Charles), the chief engineer of the mission, and a daughter (Talitha Eliana Bateman), a junior in high school. The series is really about womanhood and motherhood from a distance.

Each episode is built around one crisis in the ship (one member suffers from highly contagious Mono, the ship needs fixing from the outside, the water filter breaks down…). The heart of the series is that each crisis doesn’t challenge the crew’s technical skills, but rather tests their humanity. Each problem puts their trust and faith in one another at risk. Leadership is questioned; alliances are built; loyalty is damaged. Emma’s job is to solve the relational problems of the crew in order for everyone to work to fix the technical issues and save their lives.

At the same time, Emma has to cope with the anger of a daughter who struggles to understand why her mum had to leave her. The episodes are rhythmed by moving phone calls and audio messages filled with fear and tenderness that usually end up with her husband telling her ‘you got this, you’re the best’, and Emma explaining to her daughter ‘you’re my reason’.

However, the main flaw of the show is the lack of realism and a slight overdose of heroism and glamour. The heroine, Emma, is often self-sacrificing and acts recklessly, like when she unhooks herself during an extra-vehicular activity to fix the ship, or cures the crew-member with mono, or takes from her water-ration to save one last plant that is meant to be planted on Mars. Yes, bravery is good, but realism is better.

When it comes to the glamour, you might think ‘seriously, what’s the probability that Emma’s husband is the chief mechanical engineer of the mission?’, or ‘is it really necessary that that one of the crew members falls in love with Emma?’. Yes, some of the plot-twists are a bit ridiculous. If you’re hoping to learn all about life with 0-G (no gravity), then you’ll be slightly disappointed. This isn’t a scientific show about astronomy.