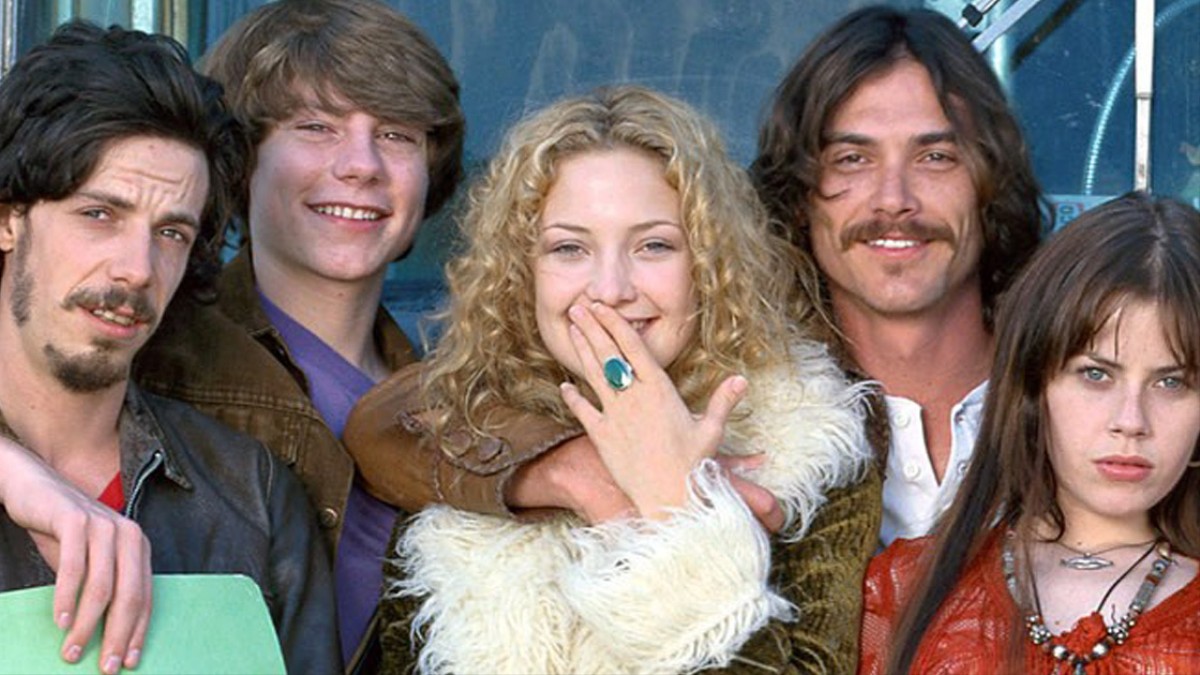 The coming-of-age story behind Almost Famous is brimming with excitement and energy.

It’s a frantic speed run of growing up in the 1970’s that extends far beyond the young, wide-eyed innocence of its main protagonist to explore the trappings of early stardom in all its conflict and contradictions. It’s a perfect antidote to the stifling confinement of lockdown.

“Rock stars have kidnapped my son!” States college-professor Elaine Miller (Frances McDormand) in a release of her pent-up worry on an oblivious class. In fact, her son has been captured by a hedonistic lifestyle: the free-rolling rock of the 1970’s. Her son, William (Patrick Fugit), finds himself as a writer for Rolling Stone at the tender age of 15. Unbeknown of his true age, they expect a piece on the up-and-coming ‘almost famous’ Stillwater, a band that he’s now riding with thanks to a chain of fortunate events.

William has always been different, often unknowingly. Thanks to his mother’s overbearing good intentions, he’s still got a lot of growing up to do at the age of 15. Thankfully his rebellious sister helps him find his passion for rock journalism. That’s where we find ourselves in Almost Famous, Cameron Crow’s semi-autobiographical look at growing up in the 1970’s. While mostly fictional, Almost Famous draws on the experiences of director Cameron Crowe, himself a teenage writer for Rolling Stone. Despite being largely fictional, it still feels real — that it could have all happened.

There’s a sense that the good times are over. We’re told rock and roll is on the out and all that’s left is cheap imitations. The viewer is always kept thinking, ‘how long can this last?’ Not just of William’s journey but the lifestyle. The deadline of the Rolling Stone piece is just one of many ways throughout the film where the clock is ticking. Everyday, they must reaffirm their commitment to the cause, bringing Ken Kesey’s refrain to mind: “you’re either on the bus or off the bus.” It’s all good until the bus stops.

Conflict within the band is drive by the strong personalities and performances of Russell Hammond (Billy Crudup) and Jeff Bebe (Jason Lee). The band is joined by an ensemble of groupies: Penny Lane (Kate Hudson) being the driving force and giving the stand-out performance of the entire film. The frantic pace of life on the road is captured through the use of a variety of locations where Stillwater stop off on their tour bus.

The small details are appreciated throughout, whether it’s the great production design evident in the Rolling Stone offices or nods to bygone relics such as the Mojo Wire — once needed to transfer articles over the telephone. One page in 18 minutes! Wow.

The music of the time is clearly essential given the film’s context and aspirations. It doesn’t disappoint. We’re treated to a collection of best hits that blend seamlessly with the action on screen. Black Sabbath, Led Zeppelin, Elton John, it’s all there. From concerts to bus rides, in 1973 there’s a melody fit for any occasion.

The film manages to capture a moment, the kind of heady highs referred to in The Electric Kool-Aid Acid Test or Hunter S Thompson’s musings on 60’s San Francisco. It’s a child growing up and unknowingly forcing those around him to grow up too. They know that the world will catch up with them but they can still enjoy it while it lasts. There’s a great scene half-way through that harks back to themes of the time: that some force will ultimately prevail, that this generation is unlike any generation before, that they’re on the verge of finding some deeper truth. Such notions seem naive to modern sensibilities but it provides excellent contrast to the humdrum nature of William’s home life. Freedom, the open road, wide-eyed-wonder in the face of 3D weirdness. It’s the perfect setting for a coming-of-age film.

The extended cut adds over half an hour to the 2 hour original release yet never outstays its welcome. By the end, you have the closure to say a bittersweet goodbye to a great trip. The film could have many titles: Almost a Man, Almost a True Story, Almost The High Point. Darker elements of the trip are brushed aside to the detriment of its exploration of the lifestyle. However, it succeeds in showing the wonders of new experiences from the perspective of wide-eyed innocence. Crowe’s film is sentimental, touching, and relatable.

Almost Famous succeeds as both a coming-of-age story and a study of the remnants of a counterculture on the out. The audience is able to empathise deeply with William whose naivety is always believable and whose awkwardness is as authentic as it comes. Almost Famous is exceptional.