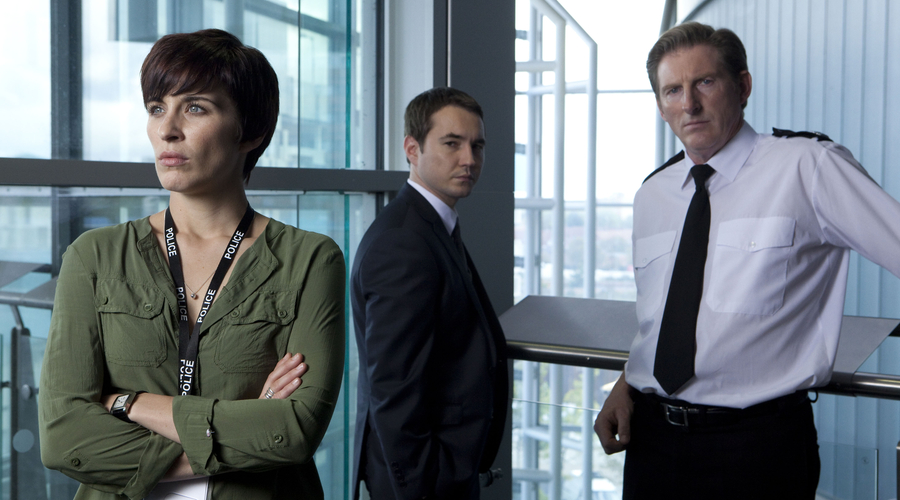 Finally Line of Duty gave me exactly what I was hoping for in a police procedural, and there is absolutely no way you should let anyone convince you that this should have finished differently. The series’ writer, Jed Mercurio, master of making everything seem miserable, has done just that to a whopping 56.2% of Britain’s TV audience.

When I started watching Line of Duty, I was taken back by the detail and mundaneness of it all. The long interviews which quickly became the show’s staple weren’t constant gotchas with a shady looking guy in a leather coat with a name like Tony Blabs-a-lot sweating as soon as the crime was mentioned. It was a proper look into the world of high level policing as it really is: long, slow, and hunting for benign contradictions that unveil the deeper truth.

But the world isn’t a script, interviewers can’t take line breaks, and some truths are never uncovered. Mercurio has spent a decade telling us that digging up corruption is damn near impossible, so why are so many surprised that the series six finale printed that out in enormous letters?

That’s not to say the storytelling has been poor, far from it. The Joanne Davidson plot line has dealt with the widest number of story elements and weaved them into seriously high quality television. Ryan Pilkington’s run as the villain with the world’s most punchable face, the bullying and manipulation of the vulnerable Terry Boyle resolved, even finding the Jackie Laverty freezer, series six gave enough narrative to hurl an extended biblical exclamation at. All that tied into what is essentially a police corruption whodunnit, a genre that has never been distilled better than in Line of Duty.

More importantly to many though, we were given an answer (of sorts) to the H/4th man/person we want to see strung up question in the form of Chief Super Prat Ian Buckells. Of all the ways you might want to answer this question, Buckells definitely makes the most sense. There’s a retrospectively phenomenal shot in the series one finale with Buckells, DS Matt “Dot Cottan”, known as The Caddy, arresting the notorious scum Tommy Hunter. I’d tip my hat to Mercurio if he made it Buckells based on that alone, but he’s in this thing all the way through, becoming more prominent in series four as the replacement for Roz Huntley. This is Mercurio’s style: he tells you enough to enjoy a story, and leaves enough room to raise the stakes however he feels. Putting Buckells on the inside was good, the Cottan morse code retcon not so much.

Looking at it that way, there’s certainly room for more with the current material. The biggest eyes should be on DS Chris Lomax, his name on the Davidson transport order, and him being seen watching Darren Hunter brought in all point to that, so we shouldn’t be surprised if he is clean or bent, just that he’ll be further involved.

I wouldn’t be surprised, though, if some thought the greater focus should be on DCS Patricia Carmichael now filling the sizeable boots of Superintendent Ted Hastings, and this is exactly why this finale will have mixed reviews, and why the nay-sayers have got it wrong. You’re not being shown a story about AC-12, we’ve long since passed that. The story is of systematic failure, systematic corruption, systematic problems. Arnott, Hastings, and Fleming especially are vehicles for that story, and at this point, aside from DC Chloe Bishop (who basically solved this whole case really), AC-12 is irrelevant. Part of me fears that the pressure to make it about a golden team who crack everything they get will be too much, but then again, Mercurio did just tell a nation its police force is full of corruption that will never, ever, go.

The truth of it is, Mercurio gave us a series ending that does fulfil a story arc and does give us some answers, but also gives us a reality check. Nabbing Buckells is satisfying; it’s still in the air whether or not Mercurio planned him to be involved from the beginning, but this isn’t the end of police corruption. If there’s one thing we’ve been told, it’s that it doesn’t end.

The message of this story has been that corruption isn’t about bad apples, and maybe even touches on the notion shared by a lot of former undercover police: catching bad apples just makes the others harder to find. Osborne doesn’t get the interview dress down, because he’s too high up – corruption is too systematic. If you want a satisfying chapter ending, watch the series three finale, but if you want a grown up story to tell you how things are, series six nailed it.