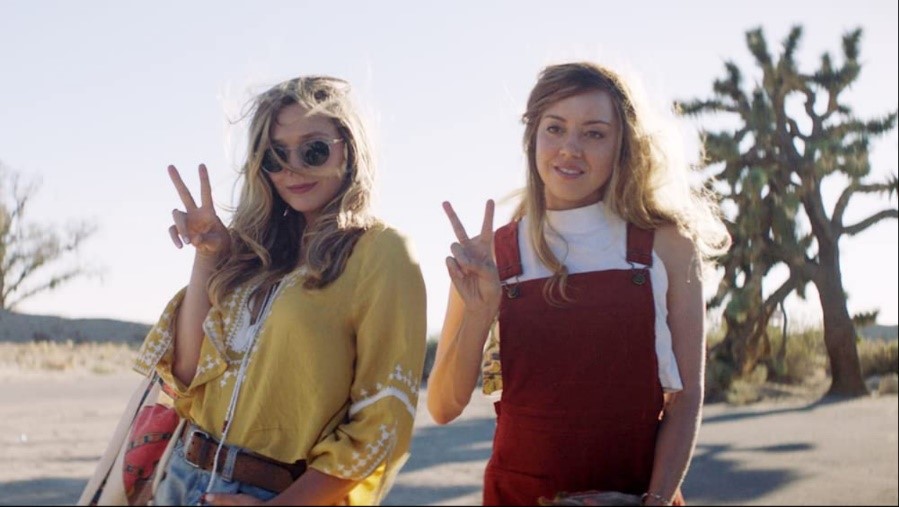 Ingrid Goes West signalled a smart progression in the growth of social media movies, subverting and continuing the tropes of titles depicting the digital age.

In the late 90s and early 00s, a growing pattern emerged in independent cinema. Directors and screenwriters aimed to tap into the relatively new experience of the digital age, and the potential fear or excitement this may bring. The dangers of over-connection were shared in Satoshi Kon’s Perfect Blue (1997), while fears of isolation and losing touch in the digital world was captured in Kiyoshi Kurosawa’s Pulse (2001). In recent years, the growth of social media has ignited a sub-genre of films concerning digital addictions and obsessions which, ironically, is beginning to go viral. A movie of this sort could arguably originate in David Fincher’s The Social Network (2010), which shone a light on the dark side of Facebook.

Contrastingly, sitting in a world of their own is a host of films that direct our attention further into the future – often painting grim pictures of artificial intelligence or creating doomed worlds of ‘Terminators’ and ‘Robocops’. However, when seeking the sharpest discussion of our social media concerns, the solution only arrived recently: from the social media/stalker movie mash-up Ingrid Goes West (2017).

Confronting tough topics, Ingrid Goes West (2017) follows the story of a mentally unstable young woman and her desperate obsession with Instagram influencers. Ingrid (Aubrey Plaza) finds solace in the screen as photos of Frappuccino’s and fake friends offer a glimpse into happiness she doesn’t have. One lonely evening, Ingrid finds the page of influencer Taylor Sloane (Elizabeth Olsen) – ‘your newest girl crush’. A toxic addiction develops for Ingrid, who heads to California to stalk the blue-light life of ‘Instaglam’.

Winning the ‘Waldo Salt Screenwriting Award’ at the Sundance Film Festival, the darkly comedic tone of Matt Spicer’s sophomore feature has striking similarities to ‘Nosedive’, the opening episode of Black Mirror’s third season. While both tap into the sinister realities of social media, Ingrid Goes West opted for more strikingly current commentary on the world of influencers.

In keeping with its critical edge, the film boasts a set of unbearable, California-based artists, who believe they can find themselves through carb-free diets and palates on Tuesdays. The awfulness of the people around our protagonist, Ingrid, compliments the film’s darkly comedic tone, which always picks tough truths over cheap gags. At its heart it is a deeply tragic story, with themes that often play out like a Mulholland Drive (2001) for the influencer generation. It is this sharp engagement with its audience that earned the film’s strong critical reception. A flashy and fast-paced tale, laced with references familiar to a digitally native demographic.

Plaza anchors the stalker-based story. Her eyes are constantly distant and disengaged from the world around her. A fitting disconnection in a character who is so hopelessly absorbed in the world of social media. Also set in California, Miranda July’s feature Me and You and Everyone We Know (2005) dealt less with online concerns and focused more on the loneliness that can be felt in a digital age. In many ways, Plaza’s off-track soul of a stalker could be a long-lost cousin to Julys’ less sinister, but equally quirky, protagonist.

Plaza’s comedic ability was established prior to her turn as a psychotic stalker with attachment problems. Best known for her role as April Ludgate in Parks and Recreation, she is most recognisable for her quick wit and deadpan humour. As Plaza’s career has progressed, her acting chops have only become more evident – in Black Bear (2021) her acting ability took her even further round the bend, far beyond the modest comedic ability on show in her earlier career moments.

In keeping with her previous roles, the exaggerated intensity of her character in Ingrid Goes West is always layered with a smart sliver of humour – admittedly, this is a dark one. Plaza’s presence feeds into the piercing self-awareness of the film’s funny side. Such comedically appropriate meta-casting is a theme consistent in dark comedies, even as recently as Promising Young Woman (2021) – in which a similar consciousness of casting was on display in the appointment of comedy figure ‘McLovin’ as a man who has just attempted to take advantage of an intoxicated woman. The same pitch-black humour is a reoccurring pattern in many of the appropriately named ‘tragicomedy’ films, each of them getting their greatest kicks from the devastating truths they tell.

Other casting choices in Ingrid Goes West showed similar self-awareness. In the presence of Elizabeth Olsen, the screenplay (also penned by Spicer) showcased her ability to be as insufferable as she can be likeable. While her mesmerising debut performance in Martha Marcy May Marlene (2011) haunted audiences, this time around she plays an Insta-famous influencer with a narcissistic tendency. Behind her smartphone world of neon lights, vanilla lattes, and avocados is a reality just as troubled as her stalker’s: her husband (Wyatt Russell) is a failed artist with a drinking problem, and her brother (Billy Magnussen) a 24-carat arsehole with a drug problem.

Taking delight in its meta-quality, it is Olsen’s evident social media presence that made her the perfect casting choice. Taking pleasure in a gleefully self-aware humour might sound familiar following the recent success of Olsen’s wonderful turn in WandaVision (2021), a show which took pride in practically speaking through our TV screens. Contrastingly, Ingrid Goes West breaks the fourth wall without anything being knocked down, providing a subtlety which makes Olsen’s performance a disturbing burlesque of sometimes grim realities.

Since Ingrid Goes West, many others have attempted to reflect the unusual world within our phones. Perhaps most obvious is the documentary The Social Dilemma (2020), which discussed specific aspects of social media problems, focusing on the human impact of social networking. While still drawing from similar themes as Ingrid Goes West, the documentary-driven narrative presented ideas in a slightly less palatable manner.

In a less perceptive, and more entertainment-driven example, Eugene Kotlyarenko’s Spree (2020) saw Stranger Things star Joe Keery in a film tagged the ‘American psycho for the digital age’. While Spree didn’t necessarily capture the level of astute social media critique that Ingrid Goes West or Black Mirror was able to, it indicates that films on this topic are becoming a growing trend. Ironically, many of these films have become hashtags on twitter, often using social media as a tool for advertising.

Providing a different slant, some excellent thrillers have used social media and the internet to create new kinds of imaginatively told stories. Aneesh Chaganty’s Searching (2018) presented one man’s search for his daughter purely from his computer, while Host (2020) capitalised on a year of isolation and zoom calls to create a supernatural flick entirely through a video call. In a pandemic defined by online calls, Host dropped the topic of problematic social influencers and instead tapped into our daily fears caused by ongoing influenzas.

Several other attempts at the social media sub-genre have had less obvious critical acclaim. Still, there is no denying the interest in capturing the pitfalls of online publishing. Jason Reitman’s Men, Women & Children (2014) dealt with potentially problematic subject matter before it was a topic of mainstream focus, discussing the dangers of online distribution of sexually explicit material. In similar ways, the controversial Thirteen Reasons Why explored social media-based themes, one of which was the increasingly troubling presence of bullying on social media. This signalled an entirely new subject of social-media based drama, which usually highlights the importance of ‘tweeting others the way you would want to be tweeted’.

Although less positively reviewed, the social media flicks which often bring attention to the hate-fuelled potentiality of the online world are still an important presentation of online bullying culture. For all the attempts to highlight the subject, online animosity remains. Even as recently as the release of Zack Snyder’s Justice League (2021) which has spawned a toxic span of ‘Snyder stans’, many of which have used twitter as a platform for bullying and death threats. This is usually aimed at those who criticise their beloved superhero flick, and unfortunately it has often been female critics on the receiving end. Admittedly, this is a small minority of individuals, but it is a dangerous one nonetheless.

Despite the success of many of these films, it seems that Ingrid Goes West remains the stand-out of social media stories. From the self-conscious casting, to the comedic commentary on the outside world, it hits the right balance of depth and entertainment value. And, as films about social influencers become a ‘never-trending story’ of meme-spirited individuals, it is important to take note of the message being made, whilst also not taking it too seriously.

In the same way Ingrid Goes West applied a comic take on a challenging topic, it may be best to treat the self-promotion and sponsored smiles of influencers with a pinch of salt. Perhaps the best solution would just be to put the phone down and, as always, let the movies do the talking.