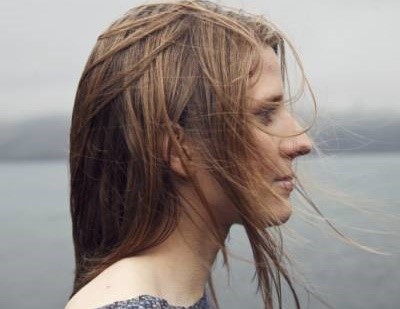 In 2007, Steven Spielberg was quoted as saying “a little movie called Once gave me enough inspiration to last the rest of the year”.

Spielberg was, of course, referring to John Carney’s low-budget modern-day musical, which follows the distinctive love story between an Irish street musician and a Czech immigrant. Capturing an earnest connection with conviction, the film’s relentless charm doesn’t skip a beat. Without a single off-note the perfectly pitched story encapsulates the heart of Dublin and its music, while delicately detailing the immigrant experience. Anchored by the loveable charm of the central duo, the kitchen sink nature of the film only intensifies the distinctly human nature of the story.

For many, the vital ingredient in creating the magic within the movie is the seamless chemistry between the two stars. The captivating realism of the connection between Glen Hansard and Markéta Irglová was something special, with John Carney labelling them his Irish ‘Bogart and Bacall’. Both of the actors’ character names are listed as ‘Guy’ and ‘Girl’; a reminder of the focused and simplistic nature of the story, which is its own twist on the ‘guy meets girl premise’. Not only were Hansard and Irglová responsible for the film’s realistic edge, they also co-wrote the music which ultimately earned Once its Oscar win.

York Vision recently got the privilege to speak to Irglová, who was evidently appreciative of the unique success of Once:

Her co-star and regular musical collaborator, Glen Hansard, was clearly instrumental in her journey. She mentioned the role he played within her family, “everyone really just fell in love with him, even my Grandmothers. He was just so charming, and his energy was different to what we were used to. So, because he was sort of let into the heart of the family, it made it easier for me to pursue it (music) in a way that was perceived as exciting and acceptable.”

With a budget of $150,000, the success that Once went on to achieve is nothing short of astonishing. Winning ‘Best Original Song’ at the Oscars for ‘Falling Slowly’ was the cherry on the cake for Carney, who then continued with a run of films within his comfort zone of musical romances: Begin Again in 2013 and Sing Street in 2016. Despite the success of his follow up films, neither managed to recapture the innocence and natural energy of his Dublin-based gem.

Irglová certainly didn’t hold back on the importance of the Oscar win to her: “I don’t think I will ever forget it. It is the highest point in my career, and it is even one of the highest points for me personally. I mean the only thing that comes close to it is the experience of bringing my children into the world, I mean that kinda comes close”. Her phrasing is tongue in cheek but there is a sincerity to how important the win was. Almost 15 years since the Oscar, Markéta recalls the experience as though it happened yesterday.

During her Once years she was often labelled as reserved or shy, and for a while her duo with Glen was characterised as such. However, across our interview it became clear that on subjects she feels connected to, all inhibitions are released. This was particularly true of her Oscar acceptance speech, in which she was brought back to the stage after being cut off by the infamous Oscar music, “Somebody came to us saying hold on don’t go back yet, Jon Stewart wants to have a word with you…So he talks to us and he says sorry that your speech got cut off but we really would love you to go back on stage and finish it”.

Without anything  prepared, Irglová managed to give a natural, heartfelt, and endearing speech. As a refreshing alternative to the usual privileged posits of Oscars past, her off-the-cuff delivery perfectly reinforced why people fell in love with Once. “There was something about it that just transcended the career side of it and the achievement side of it, there was something that happened on a human level you know that felt really incredible to me”. Markéta’s quiet nature disappeared during the speech, something that she was very aware of. “That’s why everybody loves getting drunk because it’s a little taste of that. Your inhibitions fall off and you become loving towards people, everybody’s suddenly hugging, telling each other they’re great.” For Markéta, who is currently living in Iceland, hugging strangers, although ill-advised, is probably not a million miles away. Contrastingly, this still seems far in the future for Britain’s overwhelming Covid-19 crisis, which amongst many things, has had devastating impacts on independent musicians.

When discussing the pandemic’s impact on independent musicians such as herself, Irglová was empathetic to those struggling, and noted the problems she witnessed herself over the last 12 months. “It has definitely changed in terms of international musicians, we had to cancel a lot of projects we had planned for here. Because they just couldn’t get here and all of that. Yeah, I mean, we definitely have felt it, but we’ve not been in a position where we’re struggling yet”.

In some ways, the last 12 months have been quite a success for Irglová. With two new singles out (‘Quintessence’, ‘Among the Living’) she is building up to a 3rd solo album, following Muna (2014). In her solo music she emphasised her desire to shed away any falsity, and create music which reflects where she is now: “If it’s reflecting you and where you are and your own experiences it feels better to me. It can go deeper. You can’t skip that process, you can fake it a little bit in certain directions, but I wouldn’t have been able to write those singles even last year”.

There is an energetic and spiritual edge to Irglová’s solo work, and her new releases reinforce this deep-rooted love of the non-material. As an artist, she is sincere about the transcendent nature of her work. “With songwriting – and this goes for writing literature or movies, or anything creative – I think the thing that holds and feels the most inspiring to us are the things that come from somewhere else, you know? It’s like an inspiration. It’s some sort of an energy that passes through you, and through your own filter of experiences and through your own set of preferences and your background.”

Among her plethora of creative exercises which includes a cameo in The Simpsons (S20, E14), Irglová is also known for her musical career alongside Hansard, in their band The Swell Season. Although they haven’t performed as The Swell Season since 2015, Irglová emphasised how open she is to continuing this aspect of her accomplishments. Rather, it is her co-star and friend who is taking his time. “It’s always been Glen who didn’t feel ready you know. And I’ve always just respected that because for whatever reason he wanted to go in a different direction after our last tour. To be honest, it made sense, because I wasn’t a huge fan of the Swell Season record we put out after Once. I would’ve liked it to be different… I would’ve picked different songs to go to make the record… I had a different sort of setlist for the record than Glen, but Glen always won. Because he always had the deciding vote and that was it and I respected that.”

Yet Irglová chooses not to dwell on The Swell, and instead seems excited and optimistic about her current plans: “I feel like my time is coming”. Having taken a few years off to look after her children, there is a new, self-assured edge to the singer/songwriter. “I had 3 children after moving here. And that takes…GOD…that takes a lot of energy and time and space, you know?”.  After taking time away from her career, Irglová isn’t waiting on Hansard to kickstart The Swell Season, as she continues her own work with a range of other talents, including collaborations with Aida Shahghasemi and Emiliana Torrini.

At the same time, returning to the big screen has always been an option which Irglová has considered. Currently, it seems she is dipping her toes in the water, curious to see how far she can go. “I wrote music for a movie that’s supposed to be getting shot but that got delayed…it’s a movie about Helen Keller…I think it’s going to be a really inspiring story about an inspiring person… Also, I’m working on a musical that I’m really excited about back in New York. That’s been in the works for many years now.”

As our conversation began to reach a conclusion, I couldn’t help but talk a little more about the film that started it all for Irglová. Thankfully, her memories of filming are nothing but positive. Aged just 19 at the time, she was evidently anxious about the shoot, but the presence of Carney and Hansard made her experience a genuine joy. “I felt like I was sort of recognised as an equal in the artistic sense…And I remember fondly it felt like the 3 musketeers or something. And I felt like I was part of a family that wasn’t my blood family. It was the first time I experienced the feeling of being connected with people through something other than family or being friends. All of a sudden, we were connected through this common goal, and that felt really cool. I remember that.”

Selecting Irglová for the project was a no brainer for the director. All it took was one minute, Irglová, and a piano: “I went and I played a bit of music, my instrumental music, and John got really excited. I don’t know what it is he saw, he said I really think you could be right for this part.” Initially, Hansard was nervous about committing to the role. However, with Irglová on board the decision became a lot easier for the Irish born singer. “His band had just started to get some serious attention in Ireland and he was just nervous. But then he said yes, and the rest is history.”

Although released nearly 15 years ago, Once continues to hold an indelible mark on films of it’s genre. It holds a romantic heart and a gentle charm that even big-budget successes of recent years such as La La Land are unable to replicate fully. This success can be sourced directly from Irglová’s work with Hansard and Carney. Yet as she beams with retrospective pride it is clear that her focus is now on her present projects. From her small studio in Iceland, she is paving an exciting path for her future and creating a new history of her own.