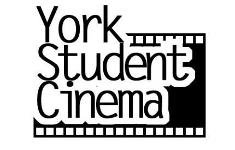 An insider’s view from the most recent Press and Publicity Officer and Media Officer.

York Student Cinema preserves its reputation as the No.1 cheapest cinema in York, offering the most affordable tickets in our city. It also maintains its position as the nearest and most convenient cinema for students on campus!

We’re located twenty-something metres to the right of the Roger Kirk Centre/Campus South reception, in an off-yellow building resembling a shipping container with the words “Exhibition Centre” slapped on it. The door labelled P/X/001, immediately on the left upon entering, contains the cinema.

This is an extremely convenient location for many who study at the university, with physics, electronics, maths, and psychology students naturally passing it every day on the way to lectures (not least for James College students, for whom it is the same distance as their breakfast). Additionally, they offer the lowest prices in our area, with tickets being only £3 for members (those who’ve paid £5 membership) and £4 for non-members. There is also an annual pass for £30, which allows you unlimited films for the academic year (around 9-ish months), during which up to four films are shown every week.

The main benefit of the close location and cheap price offered by this cinema is that you can see the films you were on the fence about and might have missed. It’s on your doorstep and costs less than a pint, so why not pop in to see something you usually wouldn’t? This could be something which isn’t your usual MCU blockbuster, like The Greatest Showman, or Spiderverse or … Cats.

How do we achieve such low prices? Is it by just using DVDs? Well, it’s certainly not by cutting corners on the equipment – we have met the industry standard to create an authentic experience (a Digital Projector with Dolby and DTS cinema surround sound). We wouldn’t dare to not pay for our licences and film reel, which set us back several hundred pounds. But then how can we afford to do such cheap tickets? The £3 to £4 per customer acts as a nominal fee to cover the cost of those pricey film reels and licences; however, no profit is made on your tickets. The cinema is run entirely by volunteers who selflessly commit themselves to your enjoyment. Speaking of which…

How would you like: TO SEE EVERY FILM FREE + TAKE HOME FREE POSTERS+ GO TO FREE SOCIAL EVENTS! To do so, simply join the team by turning up on Monday in P/X/001 at 18:15, or an hour before any film showing, and help out. There are more benefits to becoming a member of the cinema committee than just that, though; you have the chance to meet like-minded film buffs and be part of an enterprise. You will oversee the spending of hundreds of pounds in film purchasing and manage thousands of pounds of revenue.

You can pick a role on the committee, which you will find fun and will help you gain experience. (However, let it be clear, you are not under pressure to take sole responsibility for the entire workload of a role. We’re all students dedicating our spare time while our main focus is on our degree courses, so we all help fill in each other’s duties.) For instance, I served as Press and Publicity Officer this year; in that role, I shared our events (film showings on Facebook) and responded to messages. This could boost a CV if you were applying to marketing roles, for example, (although it’s probably not best to do a role purely for CV reasons). There are a variety of roles, so everyone will find something they enjoy. How about film co-ordinator? They get to have the final say on which films we show… That always sounded fun.

So, whether you just want to come to the next film showing now that you know where we are, or you want to join the committee and get heavily involved, remember to pop into P/X/001!